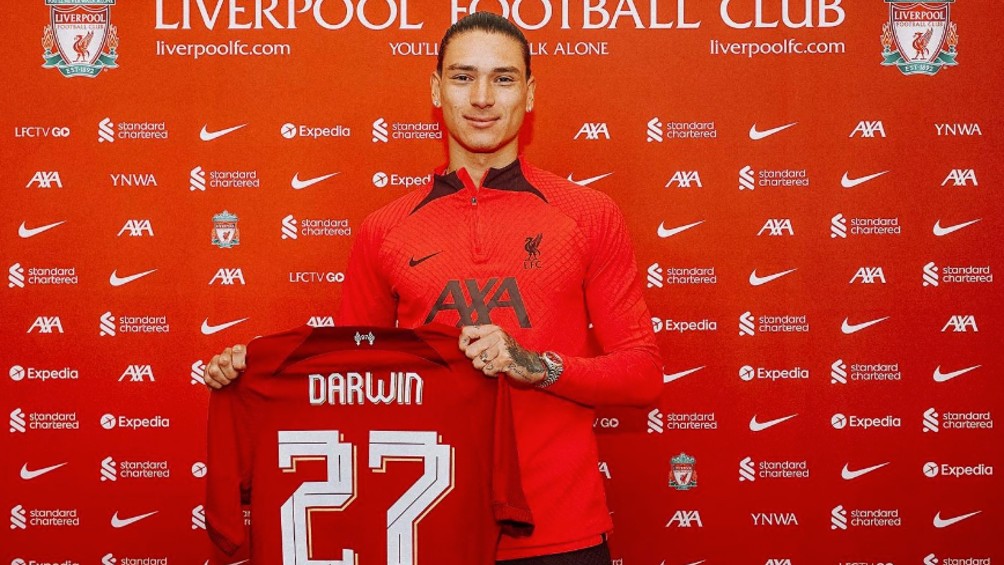 Liverpool confirmed the signing of Darwin Núñez, which can amount to 97 million euros

The 22-year-old footballer has become the most expensive signing in the club’s history, above Virgil Van Dijkwhich cost around 80 million when it arrived at the beginning of 2018 from the Southampton.

The Uruguayan scored 34 goals in 41 games last season at Benfica and is emerging as the substitute for Sadio Mané in the Liverpool.

“I am delighted to be here at the Liverpool. It is a huge club. I want to win a lot of titles here,” he said. Núñezwhich arrived at Benfica in 2020 from Almería, in which it became the most expensive transfer in the history of the Spanish Second Division, with more than 20 million.

“I have played against Liverpool and I have seen many of his games in the Champions League. It’s my style of play. There are many great players and I’m sure I’ll be able to adapt,” added the Uruguayan.

Núñez he is the third Uruguayan to play for the Liverpoolafter Luis Suarez y Sebastian Coates.

Among the objectives that would raise the striker’s total price is the number of goals he would score and if Liverpool manages to lift the Champions League.

The player dressed this Tuesday for the first time with the shirt of the ‘Reds‘ and arrived at the training center on the outskirts of Liverpool to pass the medical examination and sign his new contract that will have him linked to the English club for six seasons.

YOU MAY ALSO BE INTERESTED IN: BARCELONA: DEMBÉLÉ REJECTED BARÇA’S LAST OFFER AND COULD JOIN CHELSEA FOR FREE