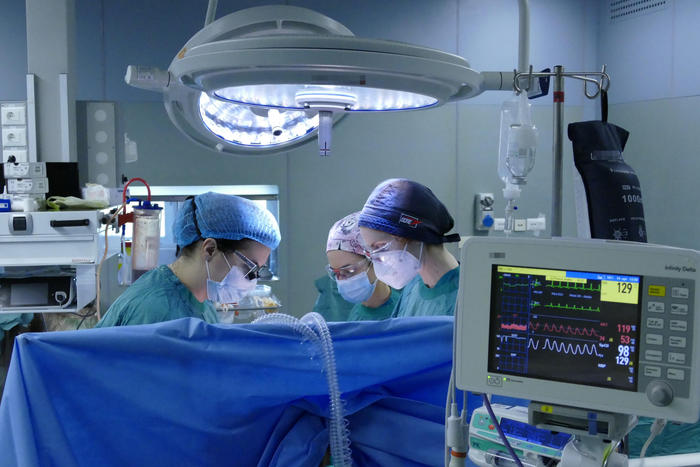 (ANSA) – TURIN – A liver transplant performed in a national emergency for a very serious liver failure, which arose after a heat stroke, saved a 57-year-old man. The surgery, the first of its kind, was performed at the Molinette hospital in the City of Health in Turin.

Aid in the Asti area from 118 three days earlier, unconscious, near a bonfire of brambles and brushwood, the first body temperature measured was 41 degrees, proof of a so-called ‘heat stroke’. Immediately intubated and first transported to Alessandria, he was moved to Turin by air ambulance for the operation. Now the first signs of waking up from a coma.

The 57-year-old man, the build of a former running athlete, residing in the Asti area, was taken ill near his home, where he was burning brush, in one of the afternoons of very high temperatures compared to the seasonal average. After having launched a request for help, when 118 arrived he was thrown on the ground and the conditions, according to the health workers, would have led to certain death.

Taken in helicopter rescue to the Reanimation of the Alexandria hospital, in the following hours, after cooling the body with physical means (ice on the body and cold intravenous infusions) and the application of therapies to support vital functions, the patient’s conditions progressively stabilized, with initial signs of improvement. However, the indices relating to the state of the liver starting from 24 hours after the acute event recorded an evident and progressive deterioration. At just over 36 hours the patient showed no signs of awakening from the coma and was in a state of severe acute liver failure.

See also  A contraceptive pill for men 99% effective on mice

The Italian Transplant Network was immediately activated and, thanks to the coordination of the Regional Transplant Center of Piedmont-Valle d’Aosta (directed by Professor Antonio Amoroso) and the National Transplant Center, a compatible organ donor was identified after a few minutes, recently made available in Udine. The team of surgeons of the Liver Transplant Center of Turin then mobilized, going to the Friulian hospital to perform the organ harvesting. The liver transplant was performed on the third day after the initial event in the operating rooms of Molinette by Doctor Damiano Patrono under the supervision of Professor Romagnoli.

The patient is now still hospitalized in Dr. Balagna’s intensive care, but he has already normalized the values ​​of the liver function and is giving significant, albeit initial, signs of awakening from a coma.