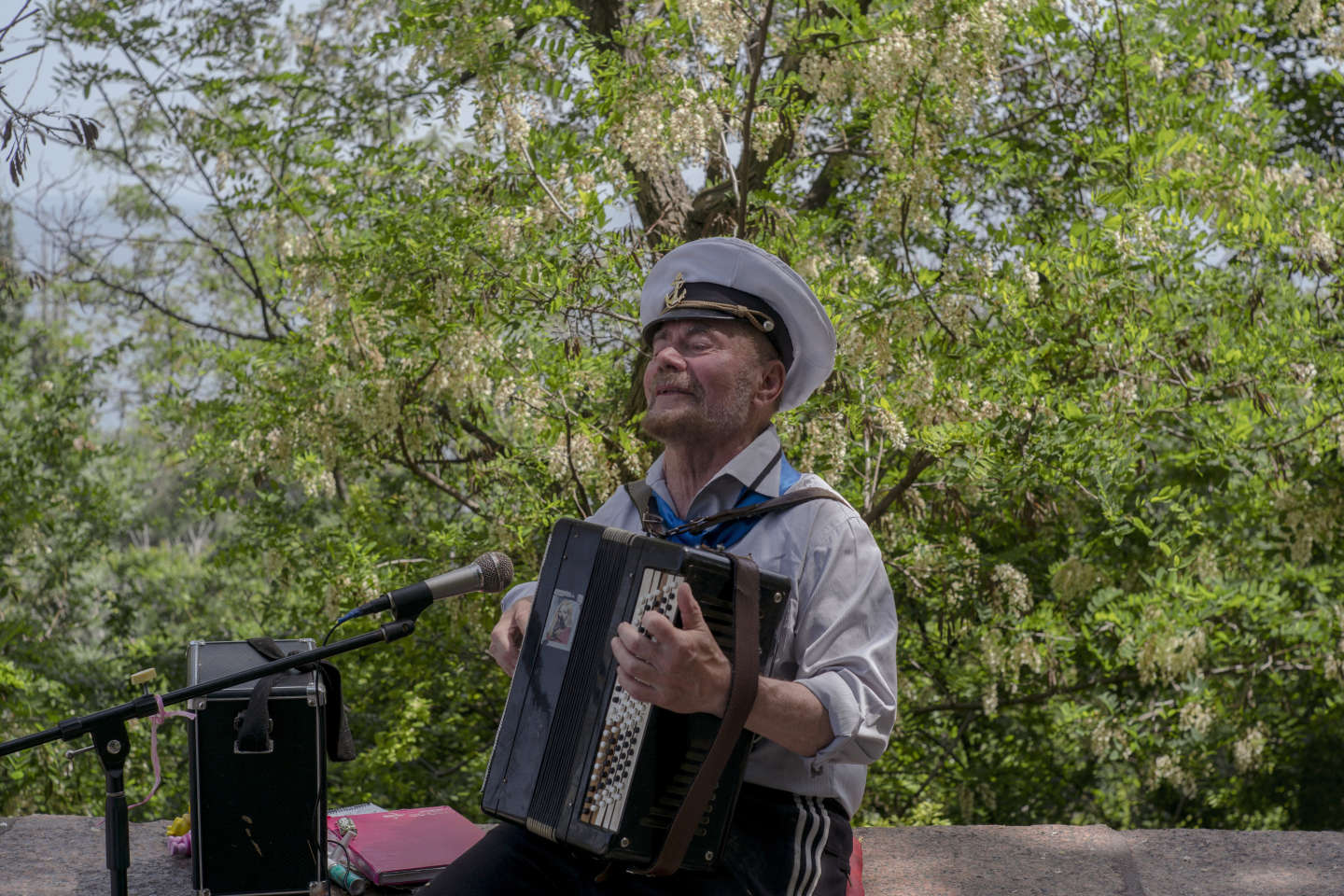 Literature, music, derussification on the march in kyiv

After the “decommunization”, the “derussification”. The deputies of the Verkhrovna Rada, the Ukrainian Parliament, voted on Sunday June 19 by a majority, without votes against, for a package of laws aimed at drastically limiting the dissemination of the Russian language and the literary or musical productions of citizens of the Federation of Russia in the country. The legislative proposals have been transmitted to the Ukrainian President, Volodymyr Zelensky. He now has fifteen days to sign them or waive making them effective.

While some Ukrainian citizens feel a historical attachment to Russia and use the Russian language in everyday life, the invasion of Ukraine has led many Ukrainians to distance themselves from the culture of the neighboring country.

Read also: Article reserved for our subscribers “When my grandmother spoke Ukrainian, I was ashamed, I thought it was a country language. This shows how much I too have been a victim of Russian propaganda.

Among the various texts voted on Sunday, one of them aims to ban the import of books from Russian and Belarusian territories. Since the start of the war launched by Vladimir Putin on February 24, President Alexander Lukashenko’s Belarus has served as a strategic rear base for the Russian army. In the first days of the invasion, Kremlin troops even left this territory to try to seize the Ukrainian capital, kyiv.

The text adopted by elected officials also prohibits the sale of books published in Russia since the dissolution of the Soviet Union in 1991, as well as contemporary writings by citizens of the Russian Federation. On the other hand, the works of deceased Russian authors, such as Pushkin or Tolstoy, published for years in Ukraine, will not be banned from sale. “It will be possible to import books in the Russian language, from Lithuania for example, but for this it will be necessary to receive a special authorization from the State Committee for Television and Radio Broadcasting [un organisme officiel dont les prérogatives ont été renforcées en 2016 pour lutter contre la propagande russe], says Taras Shamayda, a Ukrainian identity activist who worked on the bills. To import them, it will be necessary to wait for the committee to read the books and decide whether it is Russian propaganda or not. »

Read also: Article reserved for our subscribers On the road to Mariupol, these inhabitants who choose to return to hell
See also  Australian woman kills husband with the help of Google

According to the proposed texts, Ukrainian bookstores have until 1is January 2023 to sell the literary productions of authors of Russian nationality published after 1991. Beyond this date, the sale will be prohibited. “You have to understand that it’s not just Putin who started this war, Russian citizens also support the invasion, says Taras Shamayda. Anything connected to Russian propaganda should be banned. »

You have 47.04% of this article left to read. The following is for subscribers only.