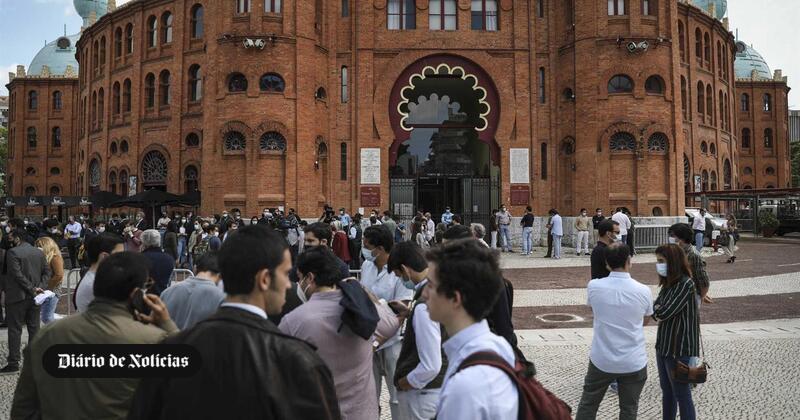 The trend is upwards since the beginning of May, week by week, and worsening in some regions, namely in the capital, where, on Friday, the Health Directorate’s report on the monitoring of the incidence reported 181 cases per 100,000 inhabitants, corresponding to a cumulative incidence over 14 days of more than 120 cases per 100,000.

The situation is worrying and the capital advances to seven decisive and high-risk days in terms of contagion, due to the holiday and the festivities of Santo António, although marches and fairs have been cancelled.

The point is that this scenario, and as explained to the DN by Professor Carlos Antunes of the Faculty of Sciences of the University of Lisbon, could worsen. Their estimates indicate that the capital will reach 240 cases per 100,000 inhabitants on the 13th or 14th of June, which could mean that it may have to regress into deconfinement.

During the week that ended yesterday, there were several appeals, including the president of the municipality, Fernando Medina, for Lisbon residents to continue to comply with individual protection rules and for them to join the free testing program in pharmacies, evading any transmission chains .

At the next meeting of the Council of Ministers, which should be brought forward to Wednesday, as happened last week, the government will have to decide which councils move towards prolonged discontinuation, which maintain current rules and which eventually , have to regress.