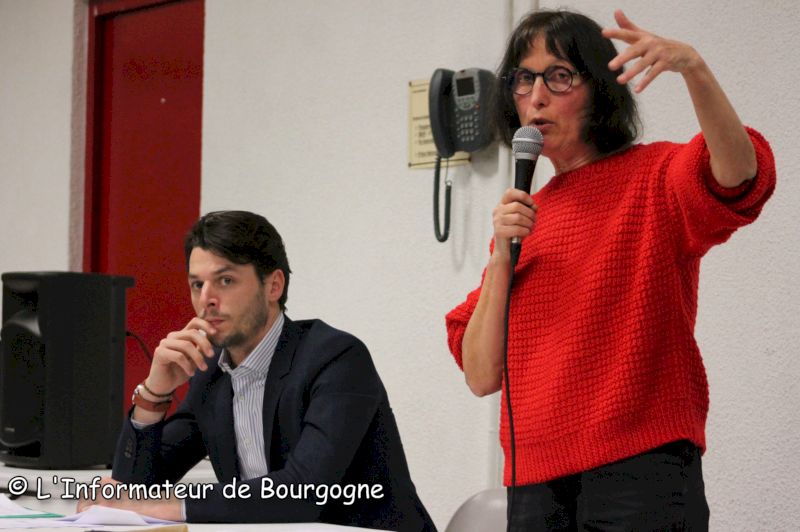 An action of the ACCU 71 association “Citizen Alert for Urban Community”.

ALL THE LIGHT ON THE LINKY

It is not 1000 plaintiffs but more than 2000 who are engaged in a collective and inter-regional legal action led by Master RAFFIN. (see below).
As for the Saône et Loire, the ACCU has collected 280 cases which are currently filed with the courts of Chalon-sur-Saône and Mâcon. This is without counting the more than 400 members who refuse this counter, the 600 sympathizers and all the anonymous people who individually oppose the installation of this LINKY communicating meter-sensor.
The very relative rurality of the Saône et Loire does not in itself explain the lower percentage (77%) of installations carried out by ENEDIS, but it is the expression of real resistance from our department!
All of the complainant groups, whose ACCU wants to ensure that the rights of users are respected: that finally we are no longer taken as targets to enrich capitalist societies in defiance of our private life, our health and / or, quite simply , of life on Earth.
At a time when an ecological conscience seems to unite a growing number of people, how to validate everyday tools that will always consume more energy, which result in throwing away working devices in the name of profit alone?
We want the health problems of electro-hyper-sensitive (EHS) people to be heard and recognized. The multiplication of radiation can affect each and every one of us, which can make everyday life unbearable for those who are victims.
In addition, we want to protect our privacy against a tool that aims to collect information about our lifestyle.
We ask for the respect of the European directive which allows free choice, therefore our right to refuse the LINKY meter in the name of Life and Freedom.
LINKY is not ecological : replacement of 35 million meters, in working order, by others with a shorter lifespan (10/20 years instead of 60). These new meters lead above all to an increase in electricity consumption estimated by ADEME at 500 GWh (500 billion Watt-hours) per year, ie the consumption of 400,000 households.
LINKY is not a source of savings, and it is not free : For a few years now, we, like other associations and collectives, have been repeating over and over again that neither the meter nor its installation are free.
It is true that, without qualms, Enedis wrote… – to the subscribers: “You have absolutely nothing to pay neither now nor later. The costs of this intervention are covered by Enedis. “
Enedis had indeed announced to bear the cost of the deployment, i.e. 5.39 billion euros: 10% coming from its own funds and the rest thanks to a loan from the European Investment Bank (EIB) at a rate advantageous 0.77%. But in the end, it is the consumer who will reimburse the cost of the Linky meter, and without benefiting from the very advantageous rate of the EIB. In its report, the Court of Auditors estimated it at 4.6%. This represents half a billion euros in additional interest for Enedis.
We did not invent anything, the sources were there in front of everyone’s eyes, we just had to bend down to drink it: – Article R341-7 of the Energy Code of December 30, 2015:

“The costs actually incurred related to metering devices implemented by the operators of the public networks in accordance with the prescriptions of the order provided for in article R. 341-6 are included in the charges to be covered by the tariffs for the use of the networks. public transport and distribution of electricity. ” (= TURPE tax)

– Report of the Court of Auditors of February 2, 2018, pages 253-254 specifies that it is “An expensive device for the consumer”, “a financing provided by the users”, “The cost, brought back to the meter, is 130 €. “
https://www.ccomptes.fr/sites/default/files/2018-01/07-compteurs-communicants-Linky-Tome-1.pdf
On May 31, 2021, all the press announced that individuals will indeed have to reimburse the Linky.
However, on June 1, 2021, ENEDIS denies all these press communications, supported by the Minister responsible for ecological transition Emmanuelle Wargon who assures that Consumers “should” not pay for the deployment.
Why this last-minute turnaround following the strong media coverage, when all this has been planned from the start?
In addition, will LINKY customers see the reading amount removed from their invoice?
LINKY: A health hazard : LINKY uses CPL (Line Carrier Current) technology which represents a potential danger to health because artificial electromagnetic fields are continuously diffused through the entire electrical circuit of the homes. The World Health Organization (WHO) has classified them as potentially carcinogenic to humans. Dramatic situation for people with EHS who represent 8% of the French population according to ANSES, up to 13%
according to the WHO.
LINKY: An attack on freedoms : by collecting our data circulating via the CPL, ENEDIS is able to know our lifestyle habits in our home, which constitutes an invasion of our privacy. This is a financial windfall of several billion because this data is resold to business partners.
LINKY: A campaign based on lies, intimidation, pressure : ENEDIS affirms
that the installation is obligatory because of a European directive, whereas this one does not impose it.
Several countries have decided either not to install such meters, or to reserve them for large consumers (in Germany for example) … ENEDIS and its subcontractors put pressure on users through intimidation, threats, blackmail, abuse of authority and lies …
For example, an elderly and sick resident of Saint-Vallier was threatened with power cuts in December 2020 and January 2021 if she persisted in her refusal of LINKY. Worried, she turned to the gendarmerie, who sent her to the justice conciliator who sent her to our ACCU association.
LINKY: It’s not just the Coronavirus : one can die because of the fire of a small box. One example among many others: on February 9, 2020, a couple in their seventies died in the fire in their house in Rochetaillée (Saint-Etienne district, Loire). According to the findings of firefighters, the fire would have started from the electric meter, a report has been drawn up. According to testimonies collected on the spot, the LINKY had been installed in this house for about fifteen
days. A criminal investigation was opened, the prosecutor seized closed the case. The family initiated criminal proceedings with a view to obtaining the communication of the firefighters’ report and the opinion of the prosecutor. The family and the entire population have the right to be informed. The origin of this fire must be clearly established, responsibilities defined so that such a tragedy does not happen again.
ACCU 71
Stop Linky Lorraine
Haut Bugey – Reflections Linky
Anti-Linky Roanne and its region
Stop Linky 5g Forez
Stop Linky 5G Loire
Info Linky SOL (South-West Lyonnais)
Stop Linky 5G 43 Marches du Velay-Rochebaron
Stop Linky Isère
Stop Linky 5G-07
Stop Linky / 5G sud 07
Stop Linky 1