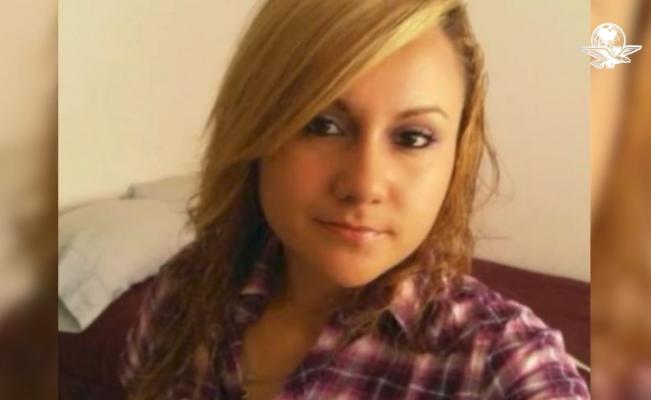 Lhyzeth’s fight against black fungus is complicated by lack of medicines, they cost up to 30 thousand pesos

Oaxaca de Juárez.— “Family, here I am making you want to because I already want to go out to be with you.” Those were the words that Lhyzeth Jiménez Leyva, a 37-year-old Oaxacan woman who fights the disease known as mucormycosis u black mushroom, she dedicated to her loved ones, since since last June 15 she has been admitted to the Regional Hospital of High Specialty of Oaxaca (HRAEO).

Carlos, his brother, tells EL UNIVERSAL that in said health center, which provides care for patients with Covid-19, they adapted a special area to provide medical care to Lhyzeth and another patient, a 55-year-old man who finally died, confirmed the Health authorities.

More than two weeks after her admission, Lhyzeht communicates with her family only by video calls, in which she continually expresses her wishes to recover, be discharged and return home with her three children.

Read also: “It all started as a toothache,” says the family of Lhyzeth, a patient who fights against black fungus in Oaxaca

Before being diagnosed with black mushroom, laboratory tests confirmed that Lhyzeth was infected with coronavirus; his condition was not serious, but during the quarantine he became infected with mucormicosis, which manifested itself as jaw pain.

At that time, Lhyzeth, who is a housewife, did not have social security – as did 75% of the population of Oaxaca, according to data from the National Council for the Evaluation of Social Development Policy (Coneval) -, therefore that his Covid-19 treatment led him to private doctors.

When the fungus gave the first signs of presence, with severe toothaches and headaches, he also consulted private dentists.

Lee: When did the black fungus arrive in Mexico? This says the UNAM

However, it was one of the doctors from the Tlacolula de Matamoros health center who reached out to the family and helped them with the process to reincorporate them to the registry of the Institute of Health for Well-being (Insabi), which absorbed what It was Seguro Popular, to which Lhyzeth was affiliated, but her registration had already expired.

After the studies, Lhyzeth entered the HRAEO, where, recognizes Carlos, the attention has always been efficient and of quality; However, the hospital did not have enough medicines to treat her sister. “In the hospital they have always been very attentive. And they were very honest when they told us that they were going to give him the medicines they had, the others had to be asked for or obtained ”, says Carlos in an interview.

The situation was not simple. Because there were two simultaneous cases of black fungus, the drug was quickly out of stock. Three years ago, the Aurelio Valdivieso Civil Hospital registered the previous case, so the use of this type of medicine is not so recurrent.

Read also: Artists from Oaxaca will offer a concert in favor of Lhyzeth, who fights against the black fungus

“It is a drug that cannot be stored, it has to be refrigerated,” says Carlos, who explains that, given the shortage, the drug was requested through the HRAEO, but amid uncertainty due to the time it could take in arriving and in the rush to attend to Lhyzeth, the family absorbed the expenses.

Carlos reports that drugs for the treatment of black fungus are not easy to find, a factor that contributes to the shortage. And he comments that, for example, amphotericin was searched all over the country. The cost of a single vial exceeds 5,000 pesos. In addition to this, the doctors asked that it be from a specific laboratory.

In addition, to continue her treatment in the hospital, Lhyzeth needs other medications, such as cresemba and spriafil, whose costs reach up to 24,000 and 30,000 pesos, respectively. Medicines are bought in specialized pharmacies every four days.

The family was warned about the adverse effects of the medication, which caused Lhyzeth’s gallbladder to be removed due to the damage they caused; in addition, he had kidney failure that was on the verge of causing dialysis.

ee also: What we know about the black fungus, the disease that claimed the life of a Mexican

These sequelae are in addition to the intervention on the woman’s face to remove the fungus and prevent it from advancing. At the moment, Lhyzeth is stable, but is undergoing various procedures to prevent the fungus from attacking her again.

“What we are looking for is the health of my sister and that she is stable … We understand that the hospital is Covid and dedicates all its efforts to it, in addition, there are cuts and shortages, so we decided, as a family, to look for ways to obtain resources” adds Carlos.

In addition to “stretching” the money to cover expenses, the family is in the process of adapting to a daily life in which Lhyzeth is present only at moments and remotely. Those who have had the hardest work, says Carlos, are her children, who miss her.

Read also: Young man from Oaxaca asks for help for his sister: he caught Covid-19 and was infected with the “Black Fungus”

So far, the help that the Jiménez Leyva family has received comes from civil society, which has shown solidarity with the cause of Lhyzeth and has donated money, products and services with which raffles are held, which have helped alleviate expenses doctors. This Sunday, for example, Oaxacan tenors will perform a virtual concert to benefit Lhyzeth.

Carlos points out that, since the case became known, no public servant or political actor has approached the family and all the help they have received comes from the empathy and good hearts of the people.

“We want to thank everyone and ask those who have the possibility to help us to do so even if it is little. And ask them to take care of the health emergency, not to lower their guard, “he concludes.