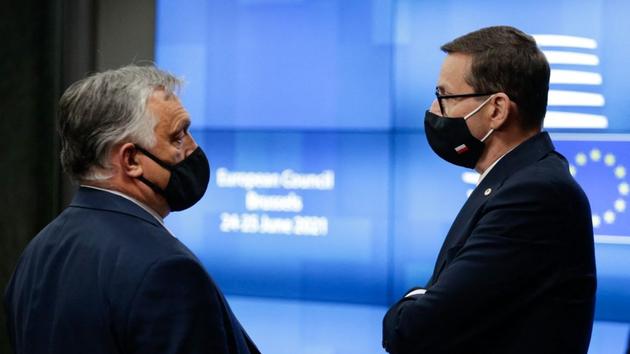 The European Commission launched infringement proceedings against Hungary and Poland on Thursday.

The threat had been in the air since this stormy European Council at the end of May during which an overwhelming majority of leaders had let Hungarian Prime Minister Viktor Orban know how badly they thought the so-called anti-LGBT law was. Including Catholic Mario Draghi. “There is already enough suffering in our world. Let us prevent our laws from creating moreHe had warned during the meeting of the Twenty-Seven.

Read also :In Hungary, a law that combines pedophilia and homosexuality

For Budapest, this text, in force since June 15, aims above all to protect minors by prohibiting “representation or promotionHomosexuality and sex change among this population, when only parents are responsible for the education of their children as stipulated in the Hungarian Constitution. It is not the opinion of Brussels which sees in this text – “a shame“, According to Ursula von der Leyen- discrimination against the LGBT community. Budapest’s responses to a first letter asking for explanations have

This article is for subscribers only. You have 78% left to discover.

Continue reading your article for € 1 for 2 months