The supply difficulties lengthen the delivery times of the Model 3 Standard Range produced in Freemont with Panasonic NCA (aluminum oxide-nickel-cobalt) battery and Musk proposes an alternative to have it immediately, skipping a waiting list that by now bypasses the end of this year: opting for the “Chinese” Model 3 with LFP (lithium-iron-phosphate) batteries from CATL.

It is a great act of trust in the discernment capacity of buyers who have to extricate themselves and choose between two very different technologies. Both with advantages and disadvantages. But on balance, as we will see, with performances not as far off as one would imagine, thanks to the latest upgrade of the Chinese version.

Let’s see them in comparison. 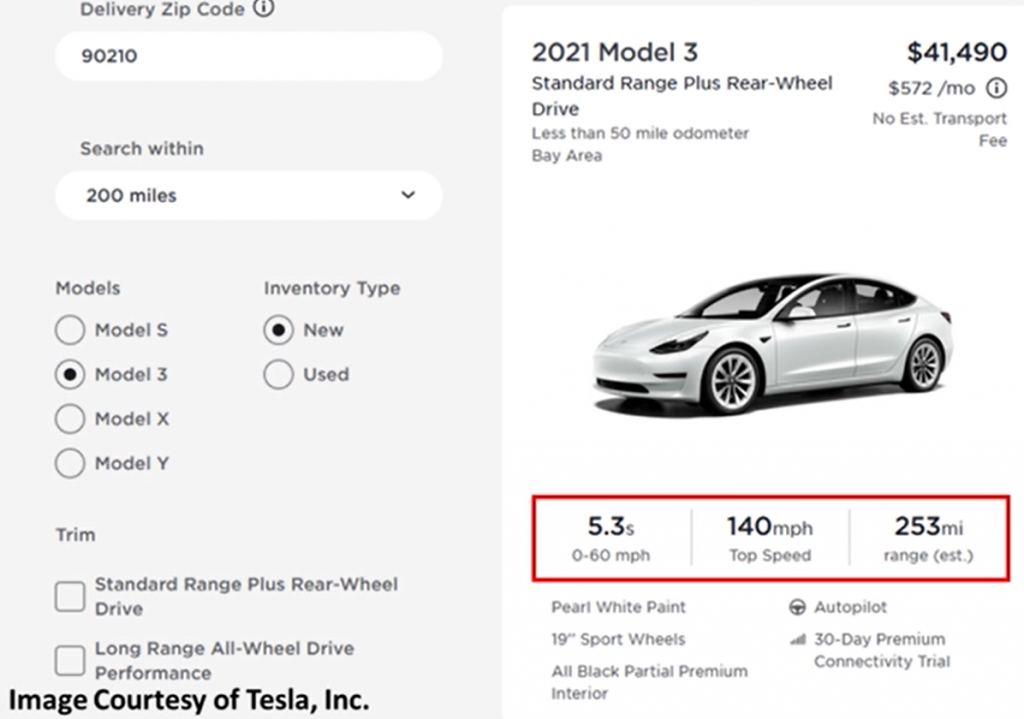 LFP batteries to “skip the line”

As the “official” Teslarati website informs us, the Californian company contacted Model 3 reservation holders in the United States and offered the possibility to choose LFP (lithium-iron-phosphate) batteries instead of the usual aluminum oxide cells. and nickel-cobalt (NCA), thus skipping the long waiting list for the most affordable of current Tesla models.

The particularities of both are well illustrated in the video of Cleanerwatt which we report below. The most interesting aspect is that the youtuber is not limited to the theory, which is well known, but makes the comparison in reality of the same Tesla model, in the two versions.

Thus we discover that you mistreat them Fact-proof LFP batteries can be even better.

Safer and twice as long

The range is lower, but only on paper, not in the reality of everyday use where they can exploit always a 100% charge. They weigh over 100 kg more, but they are much safer. They recharge a little more slowly and suffer more from the intense cold, but have a much longer life, reaching the mythical mileage of a million kilometers. So much so that Elon Musk himself writes in a tweet that he prefers them to nickel-cobalt ones.

The Tesla Model 3 Standard Range with LFP battery pack has approx 10 miles less range, according to EPA estimates. However, they can be recharged regularly to 100% capacity, while it is not recommended to do so with NCAs which could deteriorate more quickly if you often carry more than 80% of the recharge.

LFP batteries also tend to be less expensive and do not contain critical metals such as cobalt and nickel. But the energy density is lower and therefore to obtain a sufficient autonomy they have to be heavier and more voluminous. They are therefore considered less suitable for medium and high category road vehicles, while they are already widely used for work vehicles, material handling, agricultural and nautical machinery.

However CATL for Tesla it has well balanced strengths and weaknesses and has allowed the American manufacturer to reach an acceptable compromise.

VW, Ford and Stellantis are there too

LFP batteries are widely used in the Chinese auto industry and Tesla has started using them in the Shanghai Gigafactory since 2020. It is now exporting China-made Model 3 with LFP cells to Europe.

Bloomberg writes that in the future they could also introduce them VW, Ford and Stellantis in low-cost, low-end electric vehicles. A further problem is that all patents to produce batteries with LFP cathodes on a large scale and at low cost are in the hands of the Chinese. The last and most advanced is that of cell Blade Battery by BYD. However, part of the patents will expire in 2022 and at that point the Chinese monopoly could break.

– Do you want to be part of our community and stay informed? Subscribe to the Newsletter and the YouTube channel of Vaielettrico.it –