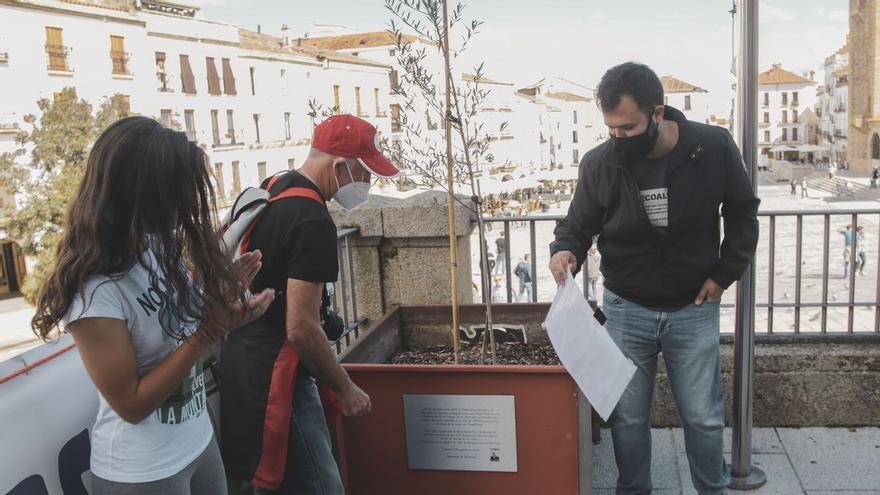 The statements of the regional president, William Fernandez Rodabout the changes in the lithium mine project in Valdeflórez (which will no longer be open pit but underground) and the meeting held this week by the subsidiary of the Australian mining company, Extremadura New Energies (ENE)in the City Council of Caceres they have lit up the spirits of the platform save the mountainwhich announces new demonstrations.

Specifically, Vara pointed out (on a radio station), according to the platform, that “we are the Administration that has to make the decision”, statements that from the platform have made ugly. “Mr. Vara is wrong in his statements. If there is no social acceptance there is no mine in Cáceres, and the people of Cáceres do not want a mine, as has been very clear in the massive demonstrations of the last five years”, he says. Santiago Marquezone of the spokespersons of the group.

In addition, Márquez recalls, the matter is judicialized. In fact, there is still an open contentious-administrative by the Australian company Infinity Lithium against the Extremadura jointwhich denied the investigation permit for the mine in the Mountain.

For Márquez, the mining company “has been hyping up the underground project for a year, but there is nothing official; the project is not registered as such”. A request that has also been emphasized by the Mayor of Caceres, Luis Salaya.

See also  they shot a man

What has been registered in municipal offices is a request for a meeting of the platform with Salaya “and urgently.”

In October 2021, Infinity Lithium presented another mine project in Valdeflórez, “based on the extraction of critical raw material indoors”, to take the process underground and reduce the environmental impact, in the words of David Valls, General Manager of Extremadura Minings in Spain.

Then, the directors of the mining company proposed to transfer to the business sector that, thanks to this underground extraction, “the environmental impact for the fauna and flora, the noise and the dust that generates alarm is eliminated” among the citizens, since the site just 2 kilometers from the historic center of Cáceres.

But for Save the Mountain “all these meetings of ENE with the Administration, the business community and other groups are siren songs to thrive in public opinion.”

One of those meetings is scheduled for the next may 31 (7:00 p.m.) at the Cáceres Chamber of Commerce. The chamber body has described it as an “informative meeting on the project of the mine and the lithium processing plant.”

ENE will be in charge of moderating this conference, “in which the objectives of this industrial project to promote the economic development of the province will be explained”.

The event, which will include the participation of the president of the chamber body, Gabriel Álvarez Arroyo; and the CEO of ENE, Ramón Jiménezwill end with a wine of honor.

The members of the platform will meet at the doors of the Chamber, starting at 6:00 p.m., who have called on the public to come with banners against the mine and T-shirts of the group.

See also  Montana, trip to the land of rivers

“Open pit or gallery, the mine is destruction of biodiversity and water in Cáceres,” says the platform.