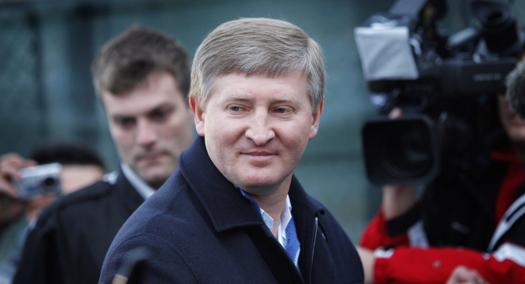 “Let’s free ourselves from the oligarchic system” – Corriere.it

Rinat Akhmetov ($ 4 billion worth): “It’s our historic responsibility, we won’t have another chance”

Rinat Akhmetov, 55, is not a Ukrainian like many others and not just because he has the distinction of being the richestas well as the one whose assets declined the most: from nearly $ 14 billion to $ 4.2 billion during the war.
But if Akhmetov is an uncommon figure in Ukraine, it is also because few are Tatars and Muslims like him. Not many are, like him, children of Donetsk coal miners and former miners themselves. And no one is feared, hated, admired, envied and discussed for the past and the present as he is: the first among the oligarchs.

Perhaps also for this Akhmetov maintains a very low profile. His interviews with him are rare and even in this one he has agreed to answer only in writing. A few days ago the announcement of the his exit from the media sector, a radical turning point for an oligarch. “There is only one reason: a discriminatory law on oligarchs has entered into force – he says -. It is a difficult decision against our will, which I took reluctantly ». In the past, relations with Zelensky have been strained and perhaps remain so even now that the president applies a law to dismantle the power of oligarchs who leverage politics to extract private benefits. Akhmetov claims to have created a “free, professional and interesting” media empire. He denounces: «With the war and given the period of just six months foreseen for selling, it was impossible for us to sell the activities in the media at market conditions». The richest man in Ukraine stresses that the law on oligarchs was approved without waiting for an opinion from the advisors of the Council of Europe on the defense of human rights and democracy. “If such a law existed in Italy or elsewhere in the free world – he observes – the courts would be overwhelmed by absolutely justified causes and appeals”.

See also  Because there are more sandstorms in Iraq than usual

Akhmetov, however, points out that he is with Zelensky in the challenges facing Ukraine. Not only with his aid to the war effort, which he meticulously lists: he has allocated 100 million euros for the war, donated 100,000 bulletproof vests and produces anti-tank materials. But most of all, Akhmetov expresses his support for the Ukrainian leadership even if it involves a decline of the oligarchs. «EU candidate status is not just an opportunity to build a new free and democratic European country, without corruption, with a market economy, with fair and independent courts, freedom of speech and functioning institutions. It is also a way to really get rid of the oligarchic system – says the one who is considered the most powerful among the oligarchs -. We won’t have another chance. It is our historical responsibility to do this now».

The path will not be easy, neither for Ukraine nor for Akhmetov and his companies, because the enemy is unscrupulous. The entrepreneur lists his properties destroyed, damaged or stolen from Russia: in Mariupol the Azovstal and Ilych steel mills, then Avdiika Coke near Donetsk, the Luhansk TPP power plant and dozens of others. The two Mariupol plants alone were worth between $ 17 and $ 20 billion pre-war, their owner says. Not to mention that Russia “is cynically stealing the grain and steel from Mariupol” for a total value, on the latter alone, of about a billion. These devastations convinced Akhmetov to sue Russia in international courts for “tens of billions of dollars”. This raises “a fundamental question about the coherence, fairness and effectiveness of the international legal system. – says Akhmetov – Is he able to punish an aggressor like Russia and force it to pay compensation? ».

The man who came from the mines of Donetsk knows well, however, that the challenge to Ukraine calls into question the very economic sustainability of the country. “We have suffered significant losses,” he admits. 35% of public spending is not covered today, “we have lost a fifth of the territory, half of the gross product, a third of the steel capacity, 40% of the export of cereals“, As well as 11 million refugees and displaced persons (” the worst thing “). At this moment Ukraine is dependent on the support of the West and Akhmetov is keen to thank Italy for this too. Certainly the next few months will be very hard: «We are the largest private gas producers, we guarantee the energy independence of Ukraine – says the entrepreneur -. But next winter will not be easy, the energy problem should be a priority for the authorities ”.

None of this, however, for Akhmetov, can be the premise for a negotiation that consolidates the Russian conquests in exchange for a truce. “I am for peace – cut short – but on Ukrainian conditions: withdrawal of the Russians and return to our full control of the occupied territories“. Because, he adds, “we fight for both our and your freedom: we are in this fight together and we must win it.”