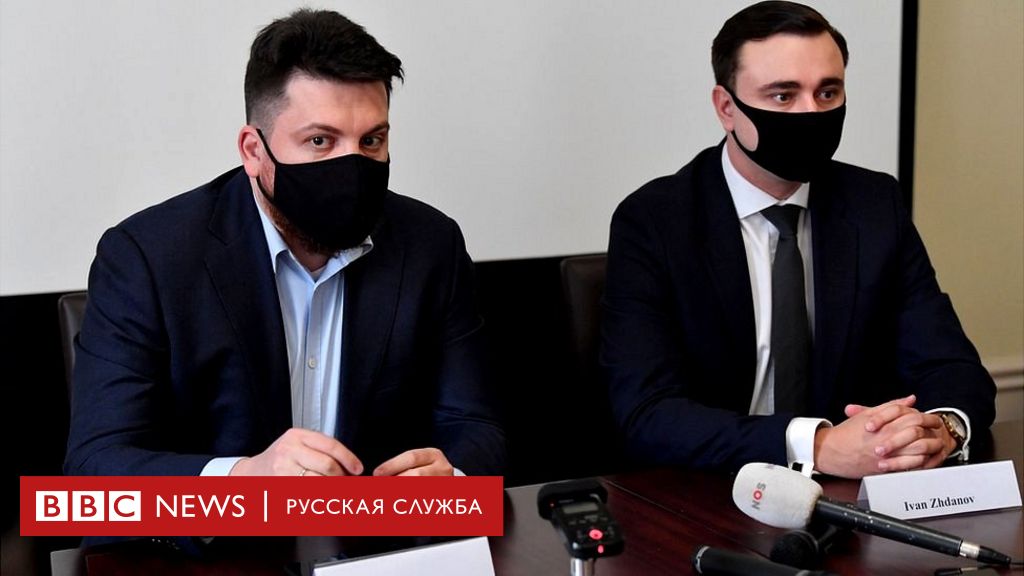 Leonid Volkov and Ivan Zhdanov were included in the list of terrorists and extremists. What does it mean?

The Russian authorities have added oppositionists Leonid Volkov and Ivan Zhdanov to the “list of terrorists and extremists.” Among other things, this means that their Russian bank accounts must be blocked. Both associates of Alexei Navalny are abroad. In autumn, they were accused in absentia of creating an extremist community.

New names appeared in the register of Rosfinmonitoring. This list includes people who are suspected, accused or convicted under extremist and terrorist articles of the Criminal Code of the Russian Federation. Its full title is “List of organizations and individuals in respect of which there is information about their involvement in extremist activities or terrorism.”

The bank accounts of the persons on the list are subject to blocking – you can withdraw no more than 10 thousand rubles a month from the account for yourself and for each family member – provided that they have no other source of income.

Commenting on the inclusion in the register, both opposition members limited themselves to jokes. “Fridays 2022 are more fun than Fridays 2021!” – Volkov wrote on Twitter, meaning that on Fridays the Russian Ministry of Justice expands the register of “foreign agents”. “Leonid, congratulations, bro,” Zhdanov wrote on Instagram.

All of them, except for Navalny himself, are abroad, and in Russia they have been put on the wanted list. Navalny, after returning from treatment in Germany in January 2021, was taken into custody and sent to serve a real term in the Yves Rocher case in a colony.

Rosfinmonitoring’s “list of terrorists and extremists” includes about 12,000 people. For them, the state limits the possibility of financial transactions due to possible or proven involvement in extremist or terrorist activities.

According to the law “On counteracting the legalization (laundering) of proceeds from crime and the financing of terrorism”, the register includes individuals sentenced or under investigation under extremist and terrorist articles of the Criminal Code of the Russian Federation – or fined under an administrative article for providing financial support to terrorism, as well as those who is included in the international lists of terrorist organizations recognized by Russia.

Although Volkov and Zhdanov are included in the list, it is incorrect to call them extremists and terrorists, as well as other people who have not yet been convicted, says Alexander Verkhovsky, head of the Sova information and analytical center (included in Russia in the list of NGOs that act as foreign agents) .

Verkhovsky believes that the lists of these people on the website of Rosfinmonitoring should have been published under the full name (with the proviso “in respect of whom there is information about their involvement in extremist activities or terrorism”), and not abbreviated (“list of terrorists and extremists”).

Why was Navalny not included?

Navalny himself was not included in the list of Rosfinmonitoring, as he is serving time in a colony, the expert suggested. From his own experience, Verkhovsky knows that this register is formed from those who have not yet been convicted or have already served time, because in places of detention people “are already limited in their rights.”

Moreover, people have been on the list of terrorists and extremists for years. Even those who have served their sentence or paid a fine under the relevant articles remain on the Rosfinmonitoring list for a long time, although after the conviction is removed, they can apply to the prosecutor’s office with a request to be removed from the list, says Verkhovsky. How the prosecutor’s office makes such decisions is unknown, the criteria are unclear, the expert clarifies.

What are the restrictions?

All bank accounts of those included in the list are almost completely blocked. They cannot even receive a salary and spend more than 10 thousand rubles a month on a family member, receive pensions, scholarships, social payments, pay taxes, fines, pay off loans and fulfill other financial obligations.

If 10,000 rubles is not enough to live on, they must ask Rosfinmonitoring in writing to unfreeze part of the funds or other property for motivated purposes in order to ensure “life activity”.

Verkhovsky notes that for people recognized as involved in extremism or terrorism, various laws also provide for other restrictions – they are prohibited from certain professions (for example, driving trains), the right to be elected, hold leadership positions, and be founders of the media.

The list of people considered by the authorities to be involved in extremism or terrorism now includes 11,725 ​​people, and another 414 people are included in the international part of the list.

The names of people are published in alphabetical order – Volkov got No. 2683, Zhdanov – No. 4145. When exactly they were added to the list is unknown.

Separately, Rosfinmonitoring publishes additions to the list, but the date of publication is not indicated in the register “List of terrorists and extremists (included)”. There are currently 14 people included. Volkov takes second place, Zhdanov – third.

In the first place in the new part of the list is the Ingush businessman Tukhan Zyazikov, who is close to the deputy Yakub Belkhoroev, who was arrested in 2020 for embezzlement. In 2008, the car of a man named Tukhan Zyazikov was blown up in Ingushetia, then the media called him a relative of the former President of Ingushetia, Murat Zyazikov.

The remaining 11 new defendants are younger than those born in the USSR Zyazikov, Volkov and Zhdanov. Seven of them are natives of the Far East (five – from Vladivostok), two from Chechnya, one from the Crimea, one from the Vologda region.

Within the framework of the same register, Rosfinmonitoring generates a list not only of individuals, but also of organizations. Now there are 522 organizations on the list, mostly religious ones. Previously included in it, the banned and liquidated FBK and Navalny’s headquarters still remain in the register.