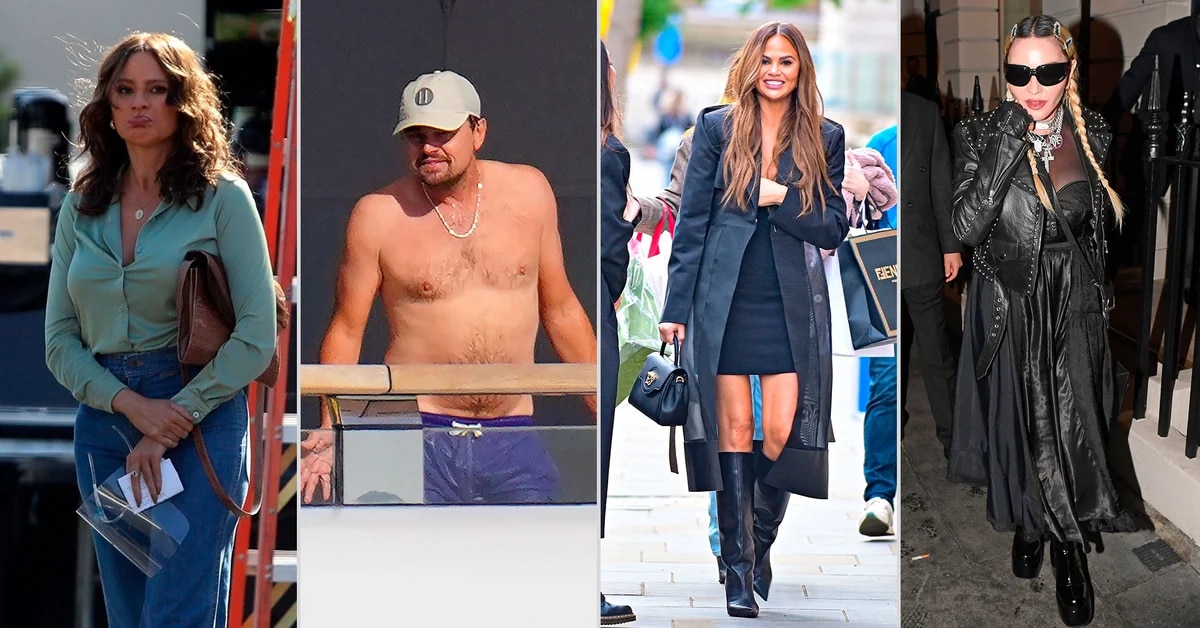 Leonardo DiCaprio rode a yacht in France, Chrissy Teigen shopped in England: celebrities in one click

Ricky Martin was photographed sunbathing on the balcony of the exclusive hotel where he stayed during his stay in Cannes. He wore a patterned bathing suit that he rolled up the sleeves to tan his legs (Photos: The Grosby Group) 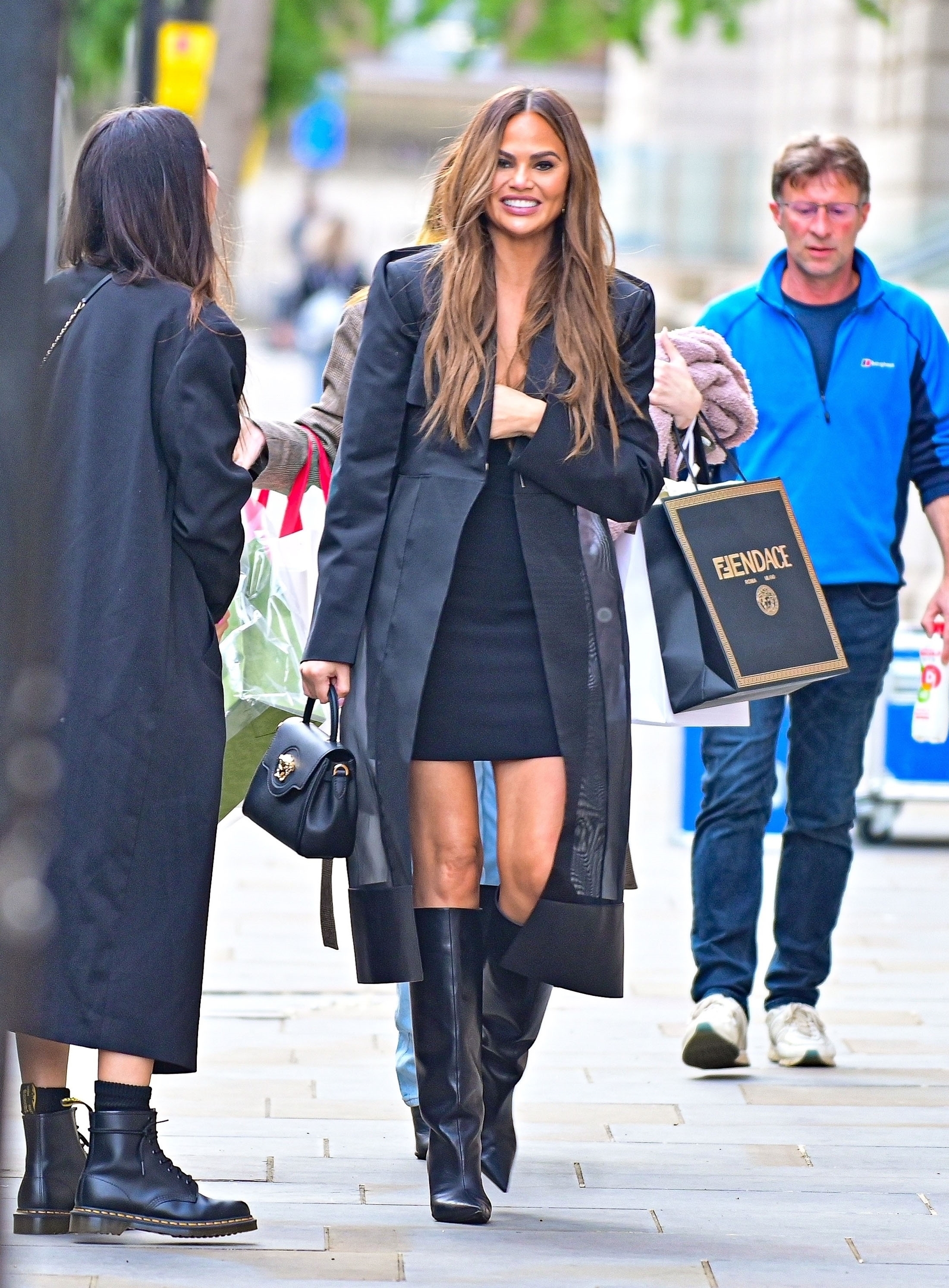 Chrissy Teigen enjoyed a day of shopping with a group of friends while in London, England. There, she saw women walking through the most exclusive shops in the English capital. She wore a total black look: dress, trench, boots and leather bag 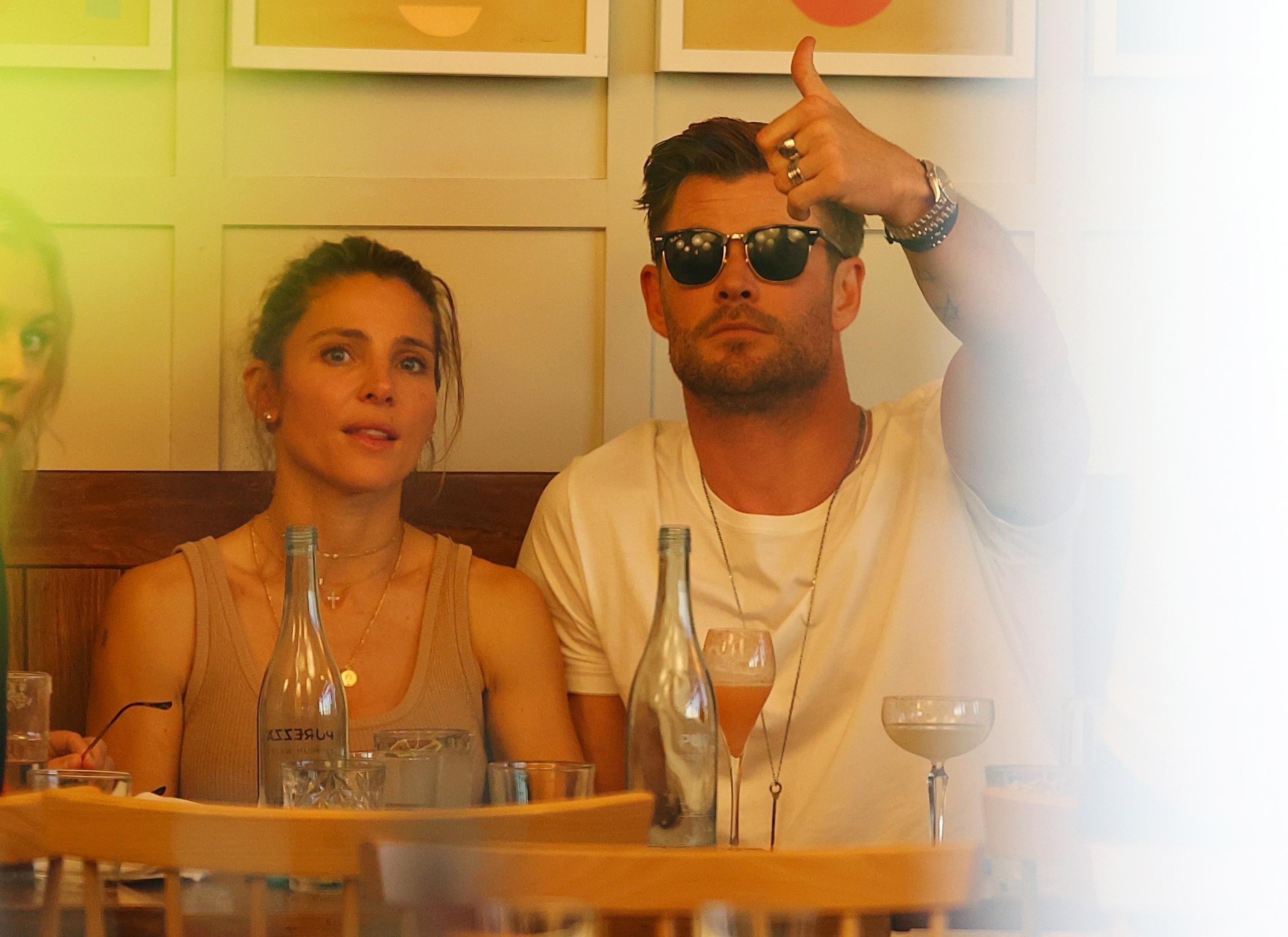 romantic outing. Chris Hemsworth and his wife, Elsa Pataky, went to lunch at an exclusive restaurant in Bondi Beach (Australia) and when they saw that there were photographers they greeted with good predisposition from inside the place 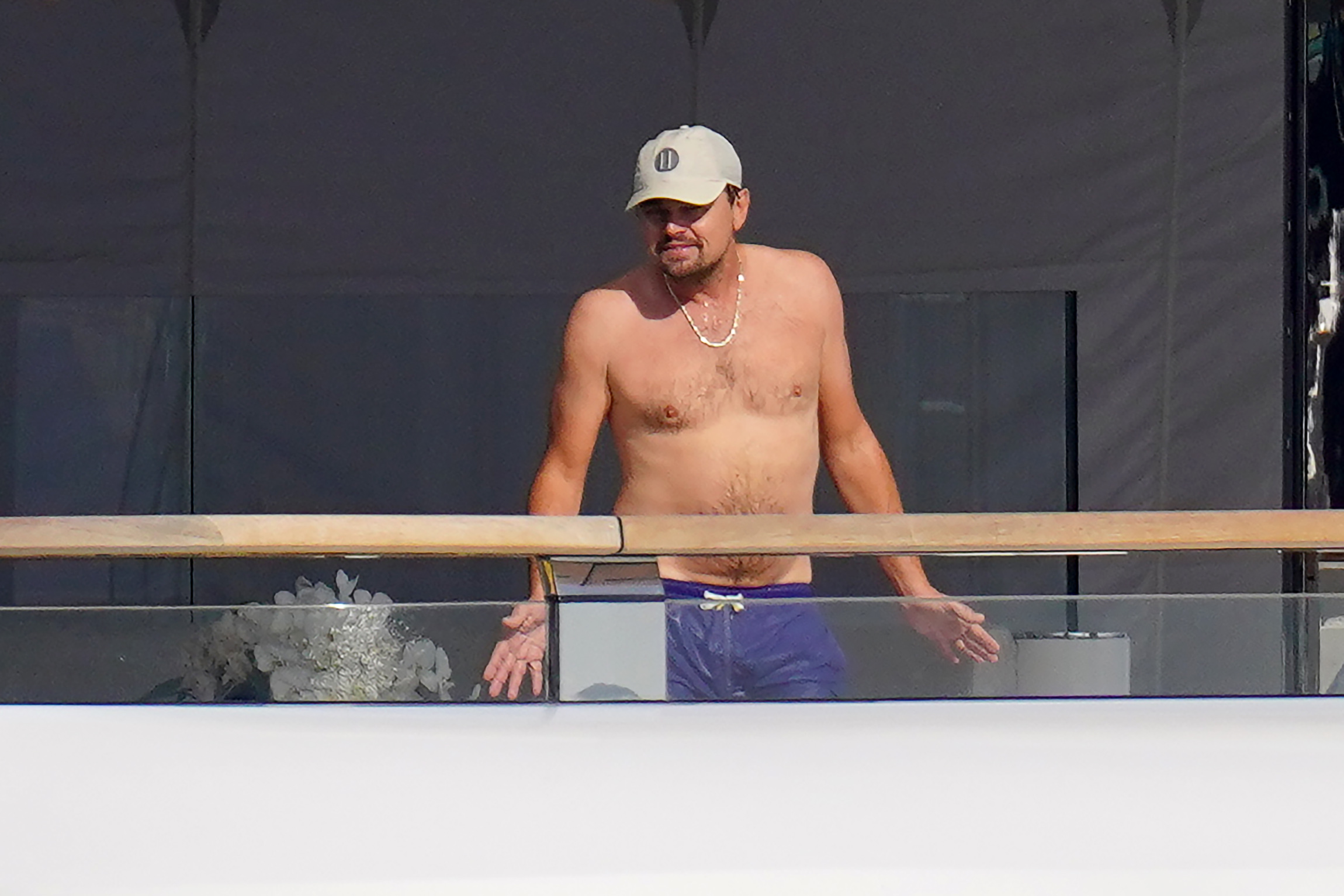 Holidays. Leonardo DiCaprio enjoyed a day on a luxurious yacht in Antibes, France. During the walk, the actor sunbathed, cooled off in the water and also shared a meal with his friend Philip Green 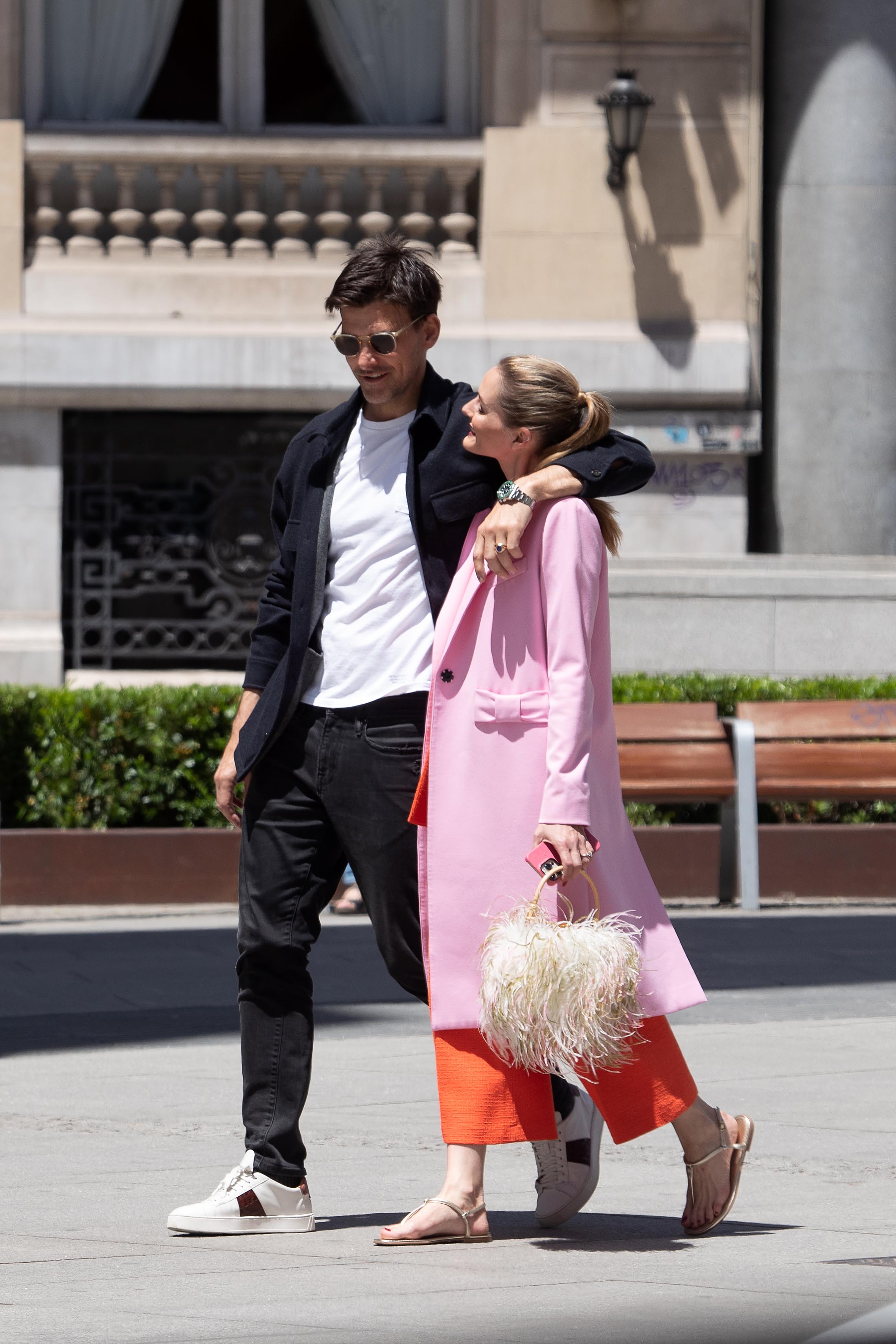 romantic walk Olivia Palermo and Johannes Huebl were photographed as they walked through the streets of Madrid with their arms around each other. She wore a red outfit with a pink coat that had details of bows in her pockets and a synthetic feather wallet, while he opted for black pants with a classic white shirt and a black coat. 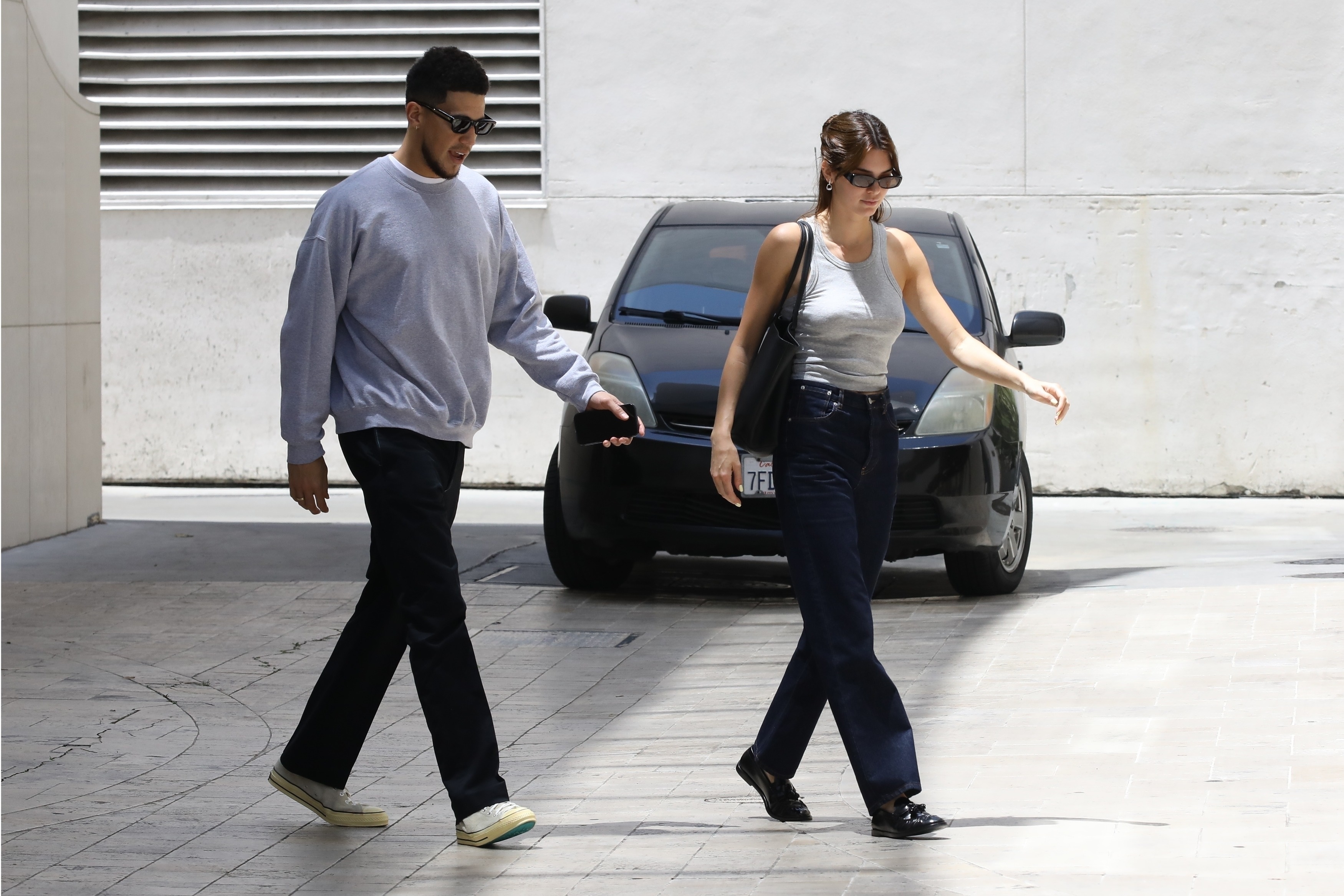 Kendall Jenner and her boyfriend returned to Beverly Hills after traveling to Portofino, Italy, to attend Kourtney Kardashian and Travis Barker’s wedding. The couple was photographed while walking through a well-known shopping mall 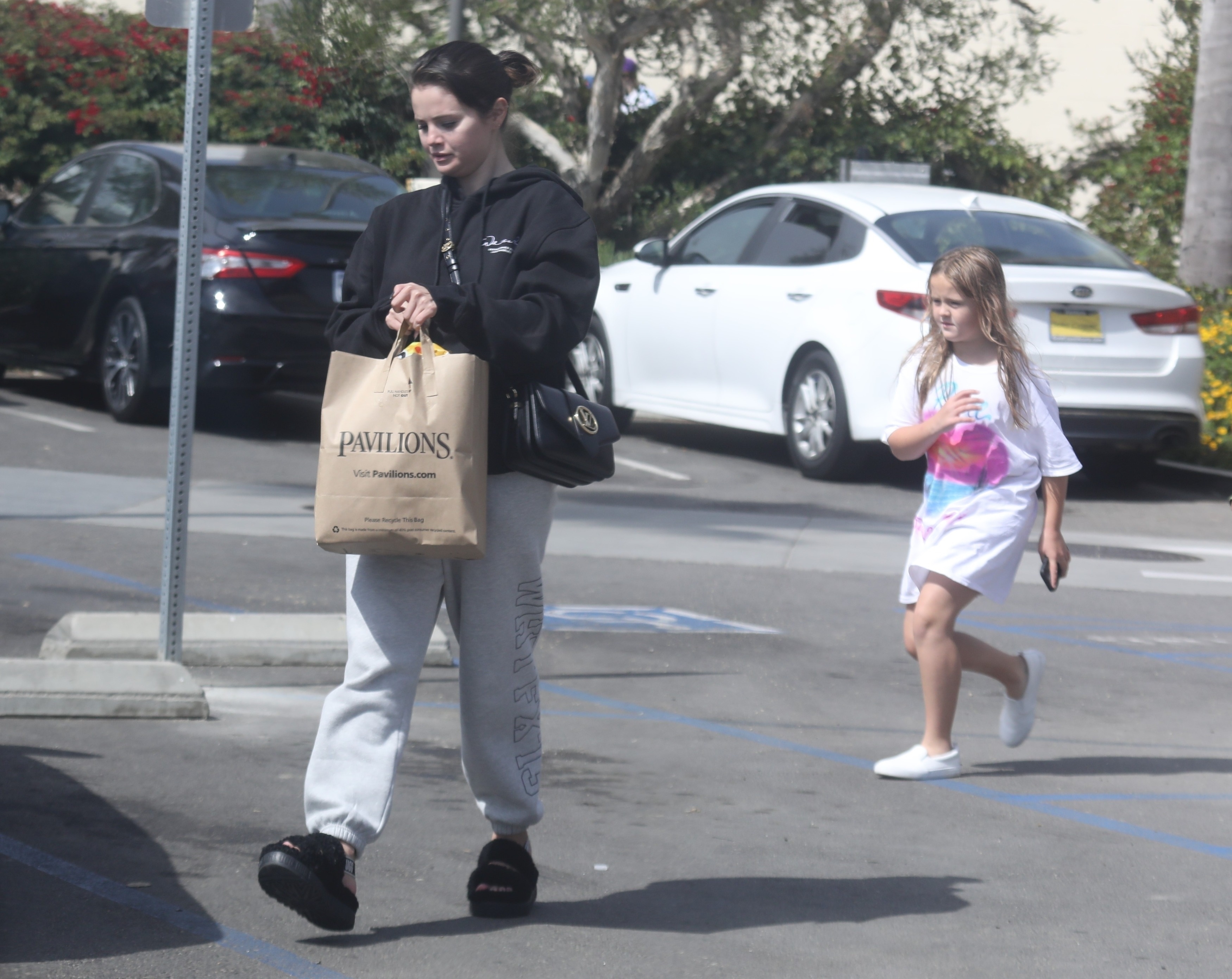 Selena Gomez was photographed in the parking lot of a supermarket in Malibu, where she went to do the daily shopping accompanied by her younger sister. The artist wore a comfortable look: gray jogging pants, faux leather sandals and a black jumpsuit 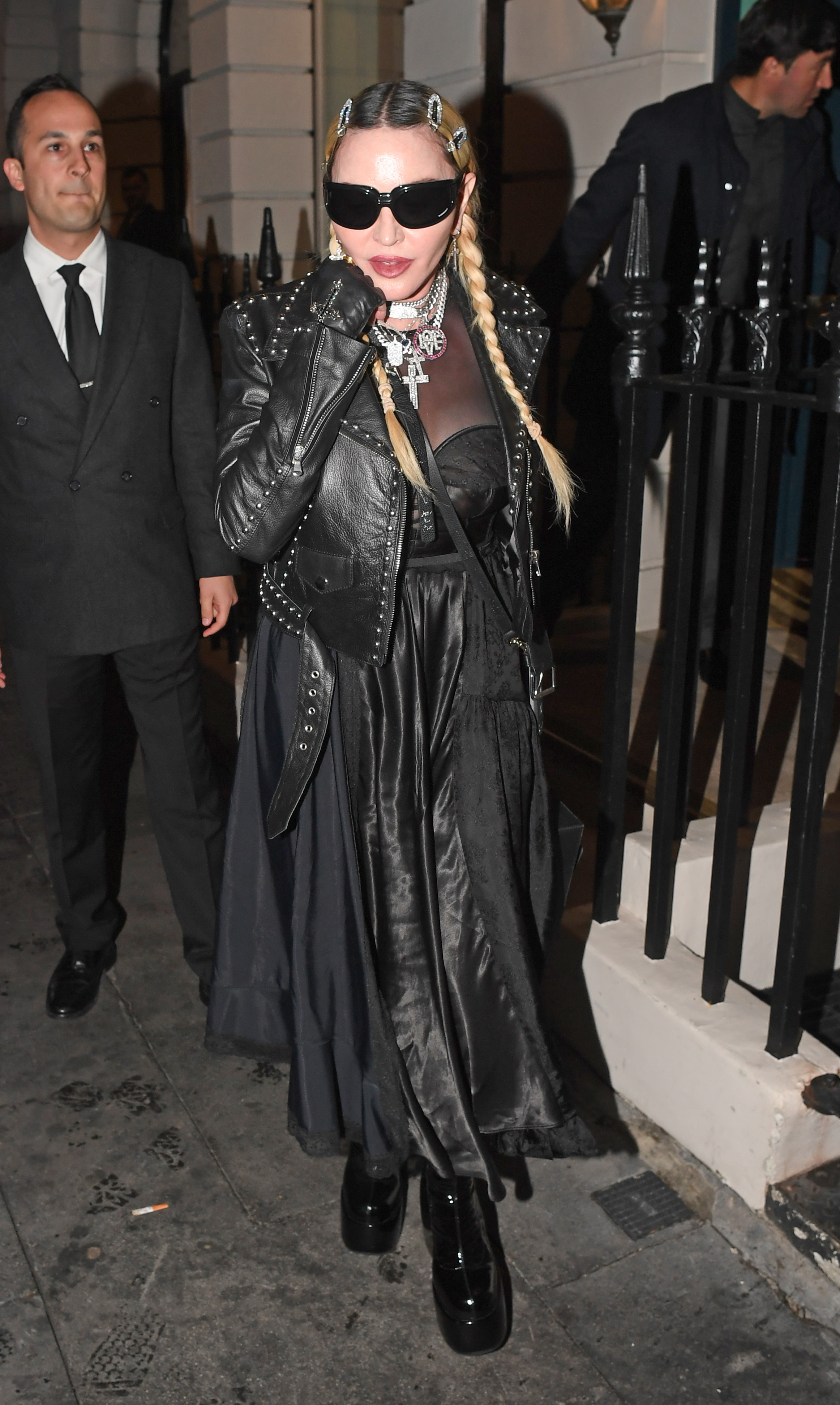 Fun night. Madonna was photographed as she was leaving an exclusive London restaurant where she went to eat with friends, with whom she later attended a private party. The star wore a total black look: dress, leather jacket, bag and platform boots 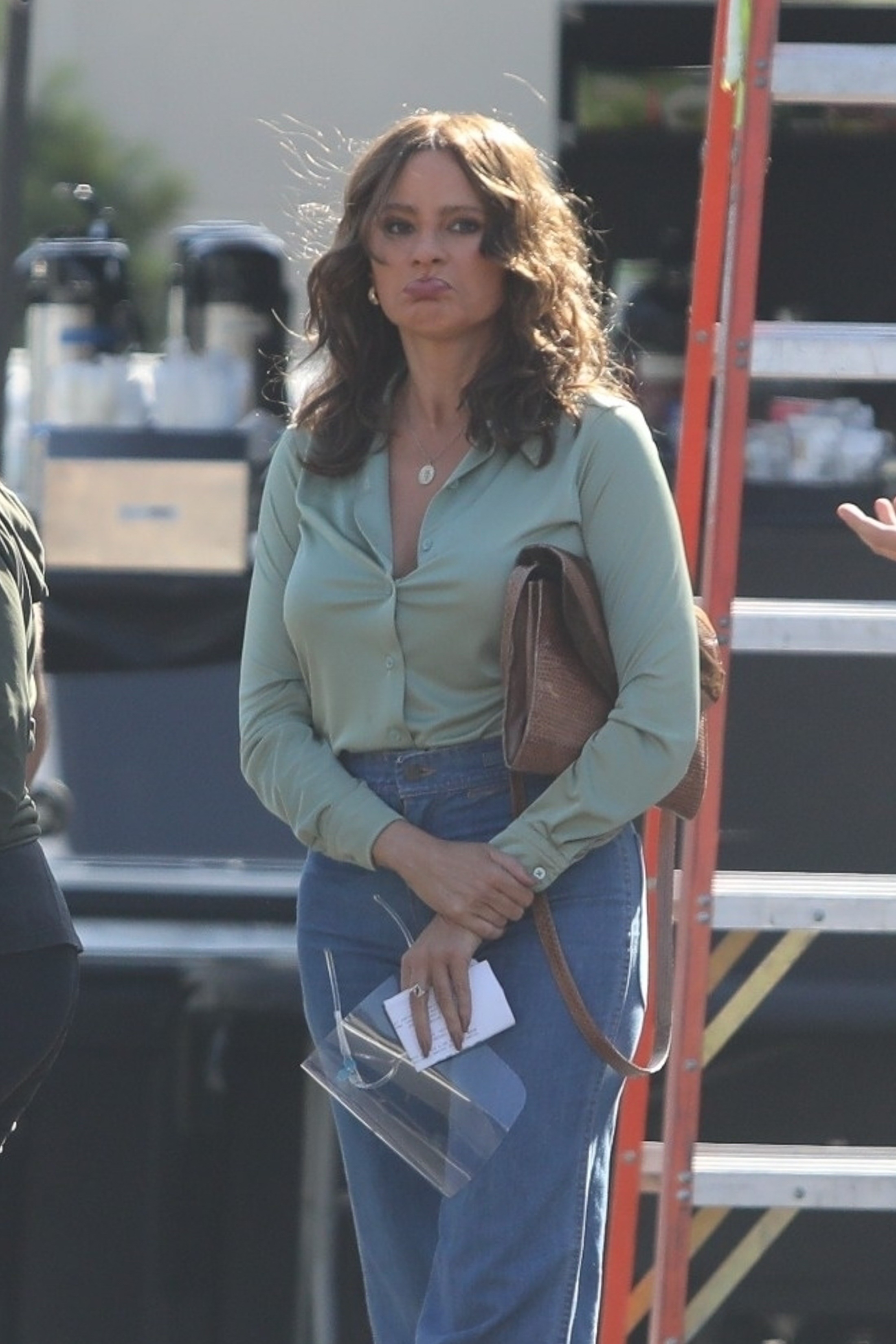 Workday. Sofia Vergara was photographed on the film set of “Griselda”, her new project for Netflix, whose filming takes place in Los Angeles. The actress will play the Colombian drug trafficker Griselda Blanco 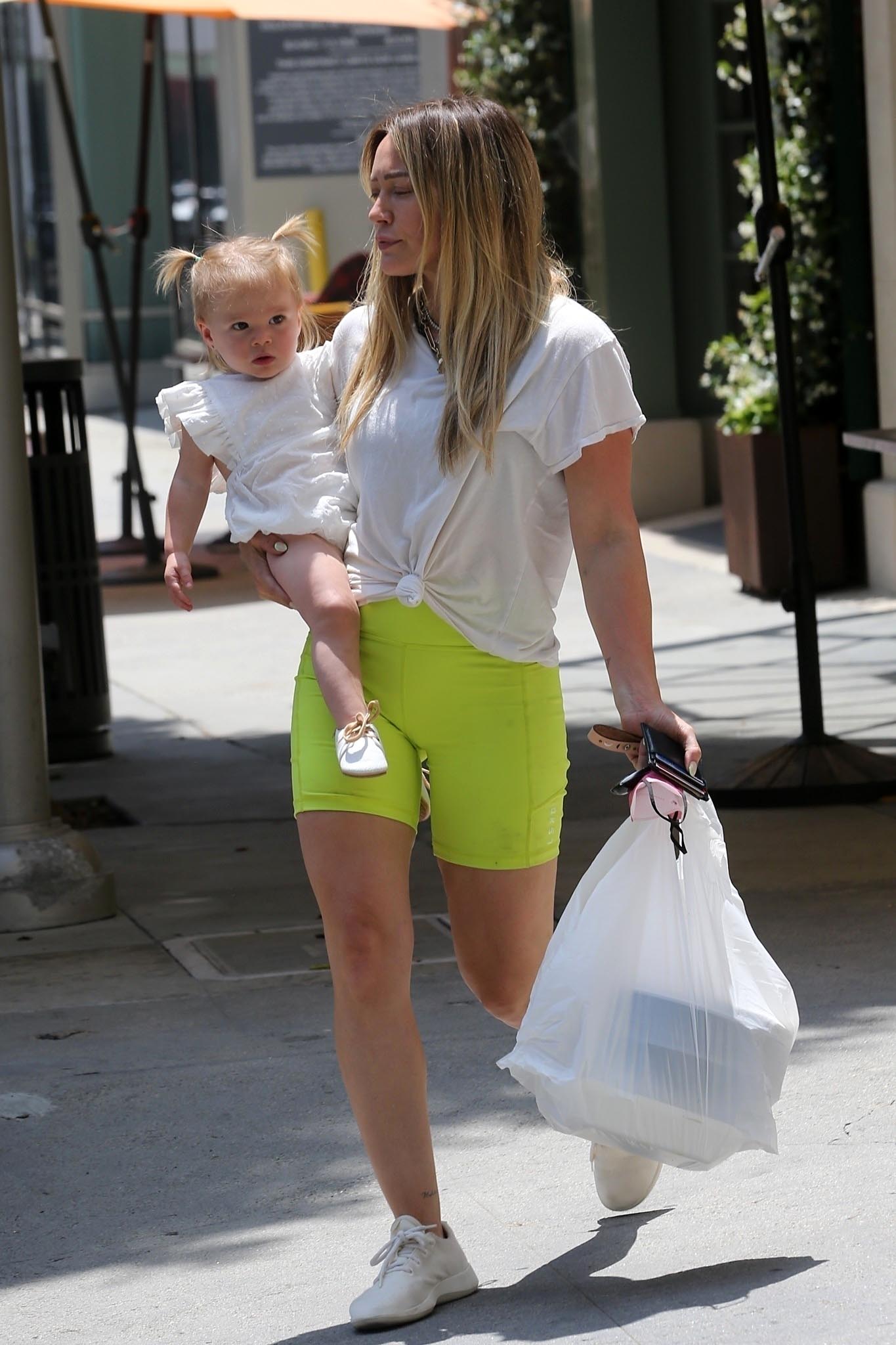 Hilary Duff was photographed shopping for takeout in Beverly Hills. The actress also carried her daughter in her arms. She was wearing fluorescent bikers, a white shirt and sneakers (Photos: The Grosby Group)

Mike Amigorena turns 50: fatherhood in a pandemic, the desire for stillness and the joy of singing for free in nursing homes
How “El Noba” evolves, almost a week after his accident
Juariu confessed his admiration for an Argentine diva: “My dream was to be her domestic worker”

The deputy Federica Quijano de Kabah reacted to the controversy of her real name: “Just now they realize”

Weeks ago, within the framework of the vote on the electrical reform proposed by AMLO, the singer’s real name -Jeanine Patricia Quijano Tapia- occupied the trend markers on social networks

Stranger Things 4: the detail that hardly anyone noticed about Will Byers

In the season finale, Joyce took her children and Eleven away from Hawkins; but her reunion with Mike Wheeler in the summer would have had an awkward undertone

A fleeting life and an unexpected death: Cris Miró, the first trans woman to succeed as a star in Argentina

Loved by the general public and by the media, she was never able to enjoy all that she had achieved due to her premature departure, which is now 23 years old

30 years of love after love, the best-selling album in the history of Argentine rock that consecrated Fito Páez

The album was released on June 1, 1992, and its 14 songs became all-time classics. The journey through a work that produced a break in national music

Pepe Cibrián Campoy: “My father-in-law encouraged me to propose to Nahuel during a family meal, two months after we met”

He says he doesn’t know what it is to be in love but even so he recognizes a “tireless” of love. So much so that on June 24 she will marry for the third time Nahuel Lodi, 32 years old and father of two children, whom she met in January through a dating network. The mutual assistance duty that they will sign. The feeling of abandonment that she carries as a child. frustrated fatherhood. The “active depression” that she suffers from. And sex at 74: “In bed I’m very gueisho”