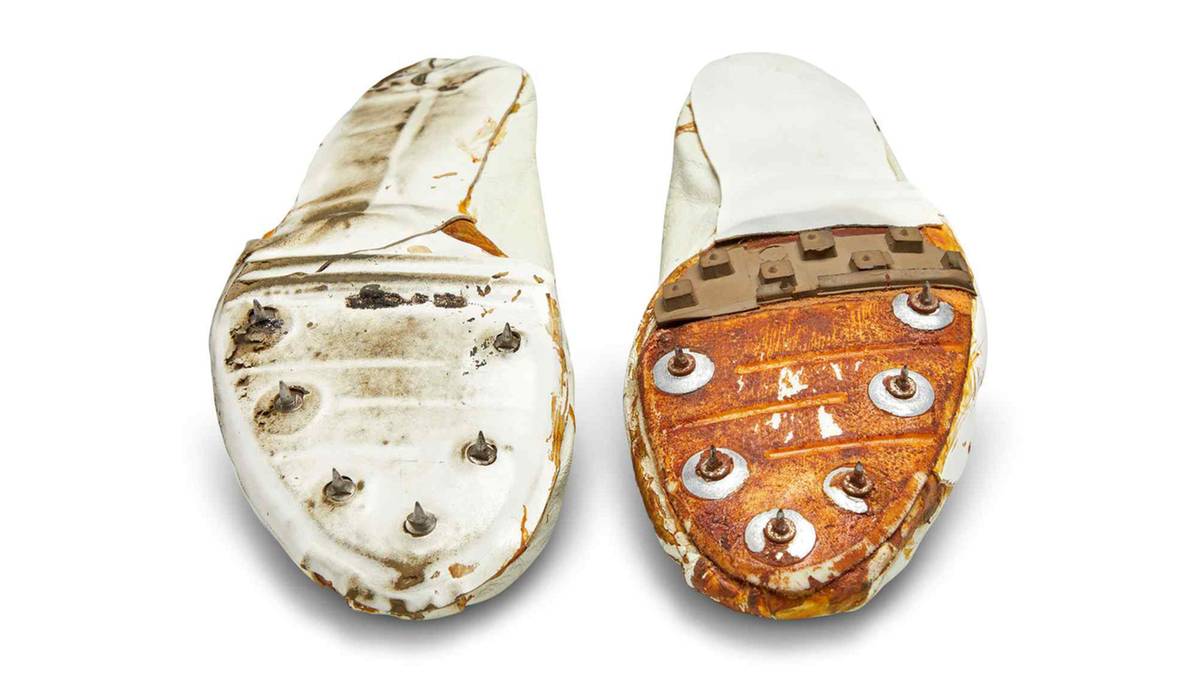 They are around 50 years old, look exactly the same and are only suitable for the display case at home. And that’s exactly why a pair of Nike sneakers caused a stir on Friday. An anonymous lover paid around 145,000 euros for the hand-made sprint shoes in the early 1970s.

What is special about the worn and yellowed shoes: According to Sotheby’s, Nike co-founder Bill Bowerman had made them herself at the University of Oregon. He was the first to experiment – apparently inspired by his wife’s waffle iron – with spikes, which he screwed onto a waffle-pattern sole. The waffle sole in particular later shaped the development of sports shoes all over the world. Without spikes under the soles, no sprinter in the world is in the starting block today.

“One day Bill asked me if I would like to help him design a new sprinter shoe,” said John Mays, a US sprinter in the 1970s, before the auction. Of course he was happy and agreed. The shoes were ready within a week, Mays said. With six spikes under each “waffle sole” he ran among other things in the trials of the American sprinters for the 1972 Summer Olympics in Munich. Bowerman later developed the new technology with the help of May. The entrepreneur and inventor died in 1999 at the age of 88.

The couple, who now changed hands for $ 162,500, were owned by John Mays until the end. A similar thing is to be protected in the archive of the University of Oregon.

In the past few months, several other sneakers had fetched high prices at auctions: a pair of basketball legend Michael Jordan had been auctioned in May for $ 560,000, previously a “moon shoe” made in the early 1970s had sold for over $ 430,000.

Video-summary of the best goals from Segunda