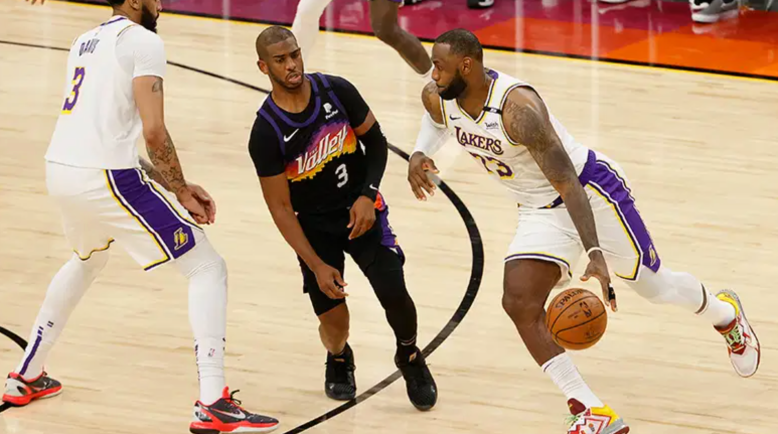 Against all odds, Chris Paul was able to lead his team to the NBA Finals after 16 seasons. His Phoenix Suns are tied within two games against the Milwaukee Bucks 2-2 and no one will know if Paul can win his first title. If he fails to do so, the star will have to assess his current situation.

The Suns had a great season, but it is not known if they will be able to repeat this performance next season. At 36, Paul only has a couple more seasons to be considered an impact player on his team. If you don’t think you can be that player who can help Phoenix, you may consider calling an old friend.

It’s no secret that Paul and LeBron James are great friends. Beyond that, the two have not played together in the NBA. Now that the two of them see the end of their careers approaching, Paul may want to play with LeBron to try one last time to win a title.

The Lakers star was recently on the show Jimmy Kimmel Live to promote your movie Space Jam: A New Legacy, and was asked about the possibility of playing with Paul.

That is probably not going to be cause of a fine but it sounds like he would agree to a negotiation that brings Paul to the Lakers.

LeBron supports CP3 in the final

The last thing Paul has on his mind right now is where he will be playing next season. He is about to win his first title. A victory would establish him as one of the best point guards in NBA history. LeBron did not deny that he is supporting his friend to beat the Milwaukee Bucks.

“I have an interest in this race and his name is Chris Paul,” LeBron said of the final. “I’ve been watching. He’s my brother and we’ve known each other since my junior year of high school, his second. We first met when we were in the eighth grade and have been friends ever since. ”

LeBron was able to tell how close the two of them are.

“It just happened during the NBA Finals,” LeBron said. “He’s Bryce’s godfather and Bryce came out the night before and the Spurs just beat us the next day.”

Would Paul come to the Lakers?

It is clear that LeBron would like to play with Paul but it is not very clear if the feeling is mutual. LeBron already has four titles and has very little to prove. If Paul joins the Lakers just to get a title, that may diminish the achievement.

However, winning a title on a super team is better than never winning it. If the Suns win the title, it’s hard to imagine him leaving. If the Bucks end up winning, things can get complicated. Suns owner Robert Sarver is known to dislike investing in the team and would not want to give a 36-year-old point guard with a propensity for injury a big deal. They could possibly offer a low figure to Paul, thus opening the door for the Lakers. In that case, it is something to consider.

READ MORE: Montrezl Harrell criticizes Frank Vogel: Why does he do it?

This is the original version of Heavy.com by Austin Boyd