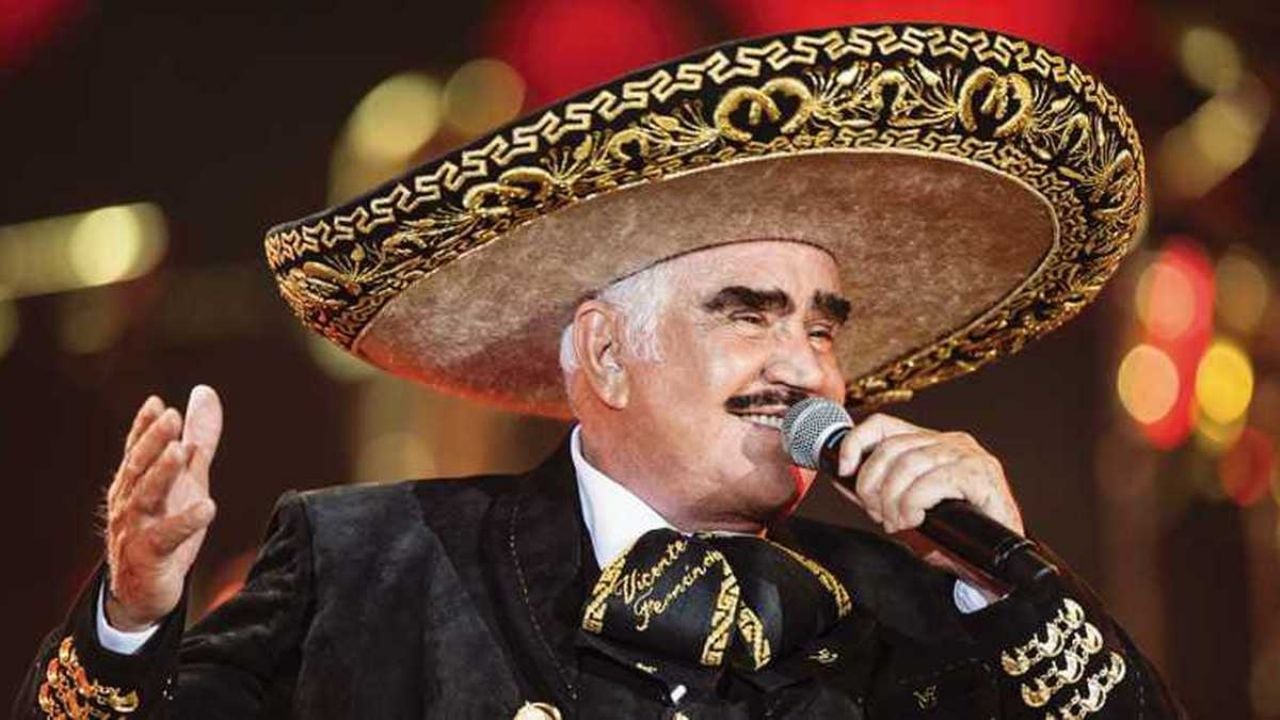 Vicente Fernandez He is one of the ranchera music singers that had the most relevance in the Hispanic American culture. In this way, he is considered one of the most popular artists in Mexico.

The successful singer stayed a few days in the hospital due to an infection in the urinary tract, a news that worried not only his family environment but also his fans and the musical field.

The news about the Health from Vicente Fernandez they were announced last Wednesday, through the TV Notes program. There they reported that the singer had been admitted to the city of Guadalajara to be treated by his doctors. According to the media, the singer had presented general discomforts in the body and temperature.

The problems in his health had alarmed his wife, who made the decision to transfer him quickly to the hospital. When he entered the place in a wheelchair, the doctors made him Vicente Fernandez a general medical check-up and also a test to detect if you had COVID-19.

After being hospitalized, Vicente Fernandez he was finally discharged. The singer He left the clinic accompanied by his wife, Doña Cuquita Abarca, who remained by his side since he was hospitalized in an emergency.

Due to the great concern that the public felt, Vicente Fernández himself used the social networks of his eldest son to tell some details of his Health and reassure his fans.

“To all the public I want to tell them to stop worrying, that it was a urinary tract infection and that I am fine now. Thanks to all the friends of the press who have treated me very well and may God bless them, “says the short message he wrote. Vicente Fernandez on social media.

Through an interview with Ventaneando, Vicente Fernández Jr. revealed more details about the Health his father’s. “He had a urinary infection of which he is completely controlled,” said the singer’s son.

“He had body pain and the temperature did not drop, it was not high, it was slightly higher than 38, so his family doctor recommended that we come to check … the doctors asked for 72 hours because the treatment was intravenous and that is why perfectly controlled the urinary infection, “he added.

Fortunately, Vicente Fernandez He is already rested at home in the company of his family and his great companion, Doña Cuquita Abarca. Let’s send him good vibes!