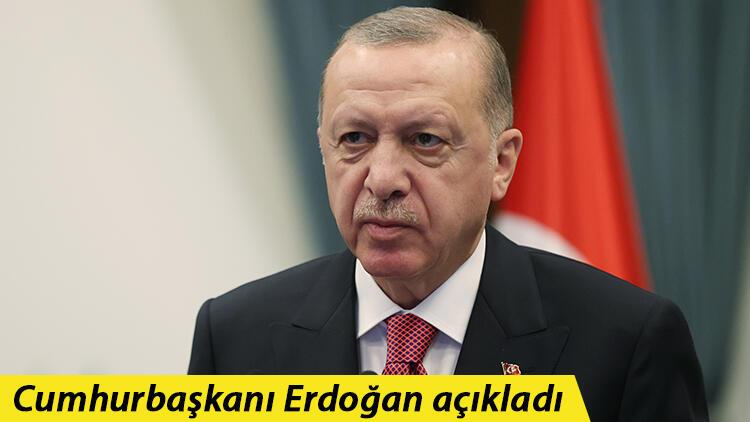 President Recep Tayyip Erdoğan made a statement at the Bartın – Kurucaşile Road Opening Ceremony. President Erdoğan said: “They tried to sabotage every project that will bring our country to a new age. We see that those who don’t know anything but a bird other than a crow oppose the Kanal Istanbul project.”

President Erdoğan announced that the road will save 10.8 million liras and shorten it by 15 kilometers.

President Erdogan’s statements are as follows:

I send my love to my brothers in their households in all districts of Bartın, Kastamonu and Zonguldak. I am pleased to be with you. The route of this road passes through a geography that Fatih Sultan Mehmet called Çeşm-i Cihan. It is one of the rarest places in the Western Black Sea Region. Depending on the momentum gained in the field of tourism, the region has started to attract a significant number of tourists from home and abroad. In order to solve this problem, we redesigned the 90-kilometer road, which provides transportation in the East-West direction, to 75 kilometers. We are putting the section between Çakraz-Karaman village into service today.

10.8 MILLION LIRA WILL BE SAVED

We built the 267-meter Cumayalı viaduct on this route. Within the scope of the project, we completed the construction of a total of 4 intersections. We have made our roads much wider, comfortable and safer in a mountainous and troubled region. It shortened the route from 14.9 kilometers to 11.8 kilometers and shortened it by 3.1 kilometers. When the entire road is put into service, we will shorten the road distance by 15 kilometers. Thanks to the road, 10.8 million liras will be saved.

I would like to congratulate everyone, especially our ministry, who contributed to the construction of this important work, the institution, the contractor company, the worker and the engineer.

We are a great nation with its glorious history, civilization and values. We are the state with big dreams for the future. We want to enter 2023, the 100th anniversary of our Republic, in a more productive and prosperous way. We are establishing our 2053, 2071 vision.

We attach great importance to transportation in our 2023 goals and 2053 and 2071 visions. We added Osmangazi Bridge, Yavuz Sultan Selim Bridge, Ilgaz 15 July Istiklal Tunnel, Ovit Tunnels and many other works to these investments.

IT WAS AGAINST US IN 19 YEARS

Those who say that you are building a lake for frogs for the Keban Dam, those who label the 15 July Martyrs’ Bridge as a happy minority will pass through here, and those who make fun of whether an airport will be built at Sabiha Gökçen Airport where the plane does not land, were in front of us in the 19 years we left behind. They tried to sabotage every project that will bring our country to an era. We see that those who don’t know anything but a bird other than a crow oppose the Kanal Istanbul project. They are doing their best to stifle this vision project that we announced 11 years ago. We do not care about these, we proceed on the path we know to be right, without looking at the ignorant. We are troubled, we are in love with this nation. We suck ourselves up to see what we have done for the people’s right.

MINISTER KARAİSMAİLOĞLU: THE PRICE OF THE ROAD is 1 BILLION 455 MILLION LIRA

Minister Karaismailoğlu’s statement is as follows:

We are taking giant steps in the transportation of people, cargo and data. We have projected the 90 kilometer road from the paradise corners of the Western Black Sea region as 75 kilometers. We are putting the 11th kilometer section into service at the divided road standard. 5 kilometers of the 11.8 kilometer road was built as a double tube tunnel. We made our roads in mountainous and difficult geographical conditions safe with tunnels and roads. We reduced the road from 14.9 kilometers to 11.8 kilometers. We shortened the travel time by 15 minutes. When the Bartın-Amasra-Kurucaşile road becomes operational, the road will be shortened by 15 kilometers. Its cost is 1.455 million liras.
For our industrialists, exporters, farmers and tourism professionals, we will implement the roads that make the distances close.

Click for easy trading and low commission in the stock market