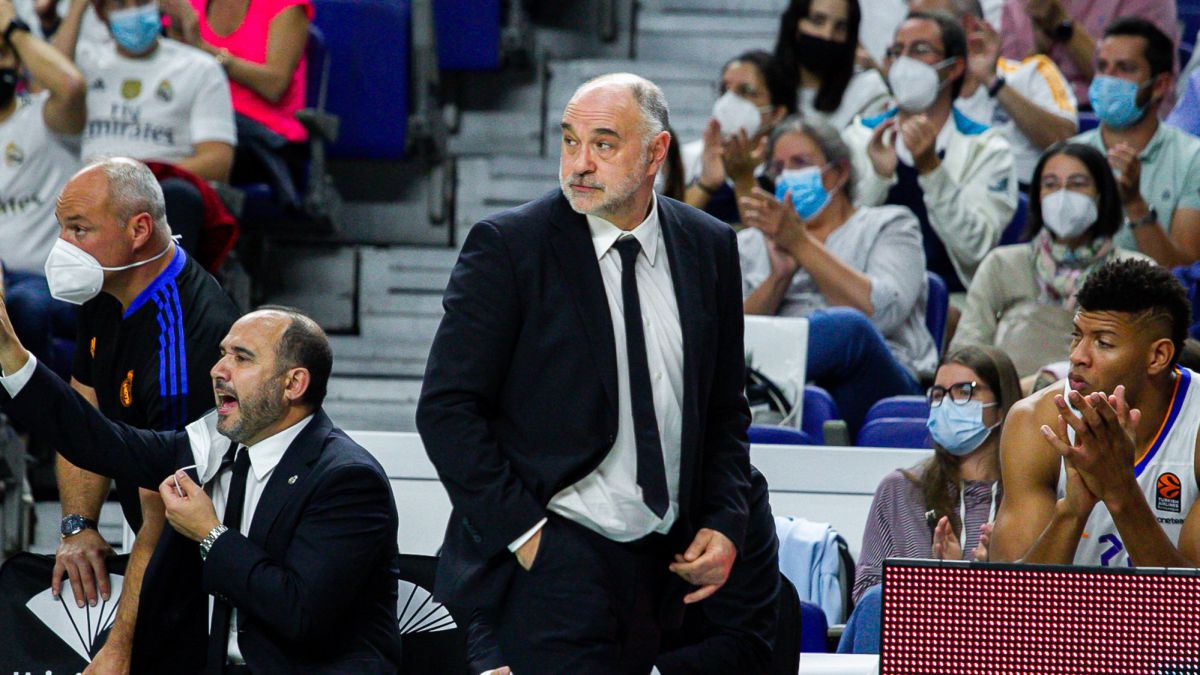 Laso: “We lack consistency, the game is an exercise in concentration”

Pablo Laso, Real Madrid coach, declared this Thursday that his team would “lack consistency“and assured that the next game against Greek Panathinaikos, in a”treacherous double shift“of the Euroleague, supposes for them “an exercise in concentration“.

Real Madrid will face the visit of Panathinaikos just two days after beating AS Monaco at the Wizink Center in the Spanish capital. For now, in the continental competition, the white team adds a victory and a defeat.

“We have another difficult test. It is a team that has changed players but has Nemanja Nedovic and Ioannis Papapetrou as scoring references. They have new Americans, very athletic players and he was able to compete in Monaco and Vitoria very well. He was able to win both games and the one he had the most lost against Fenerbahçe at home he won“Laso said in statements to the media.

“This is the Euroleague, with that equality, and we know that we are going to have to play a good game if we want to move forward. The team is fine, with the normal things of having played a short time ago. We are concerned about Hanga’s withdrawal from the party, but we believe that it is nothing. We know that we were going to live ten very demanding days from the trip to Athens and Valencia, the double week of the Euroleague at home and ending in Lugo“, he confessed.

“We are in the middle of the week, which we have ended so far with two victories and one defeat, but the feelings of the team are not governed only by victories or defeats. We had good moments at Olympiacos and then we lost, and bad moments against Monaco and we won. We lack consistency“, he stressed.

Pablo Laso stressed that the double shifts are “treacherous“ and more this time against Panathinaikos, who lost this week against Baskonia but have had “one more day of physical recovery“.

See also  The secret is out - Frankfurt-Live.com

“I consider it a very dangerous team. For us it is an exercise in concentration and effort in the first double day of the Euroleague. Of the rival I would highlight the scoring ability of Papapetrou and Nedovic. The first comes from playing a great game in Vitoria. Nedovic did not play so well but he has a lot of capacity in one on one and in his wide shots“, he confessed.

“In addition, they have good players like the Americans Daryl Macon or Kendrick Perry, who are very athletic inside, but also Georgios Papagiannis is a very large and fast player, like Jeremy Evans and Aaron White.“, it manifested.

Pablo Laso account for this game with 14 players as Trey Thompkins and Anthony Randolph are not available. “The ones we do have are Juan Núñez and Vukcevic, who have played less lately“, stressed the Madrid coach.