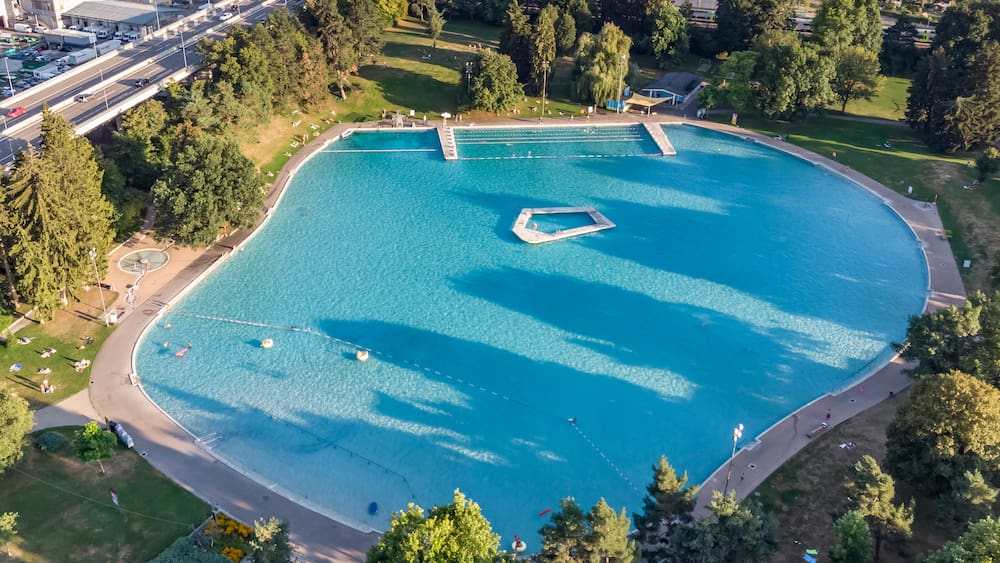 Just in time for the start of the bathing season, the Weyermannshaus outdoor pool in the city of Bern shines in new splendor. After 18 months of construction, the bathers can again take possession of the facility on Saturday.

The leaking pool was given a new surface, as the city announced at a point de press on Tuesday. In addition, the outdoor pool now has modern, standardized water treatment. The cloakrooms and showers were also repaired.

The costs of the renovation amount to a maximum of 35 million Swiss francs. The construction loan of 48 million francs approved by the voters in September 2020 is thus significantly lower.

The basin, built in 1958, had been leaking for a long time and was losing around 300 cubic meters of water underground every day. In addition, there was no water treatment, as is required for swimming pools today.

The swimming pool in the Weyermannshaus is the largest in Switzerland and probably the largest in Western Europe. The area of ​​almost 16,000 square meters is more than twice the size of a normal football pitch. If you hike around the pool, you cover almost 460 meters.

The official reopening of the outdoor pool will take place next Saturday. Children and young people can look forward to a completely redesigned children’s play pool and a new water-flooded wide slide.

The other municipal outdoor pools Ka-We-De, Lorraine, Marzili and Wyler will also open their doors on Saturday, as the city announced. According to them, a “skimboard tour” is planned for the 2022 bathing season.

The outdoor pools Weyerli, Wyler and Marzili will each offer the surfing attraction for two weeks from the beginning of July. Skimboarders glide as long as possible with a “board” on a film of water. (SDA)