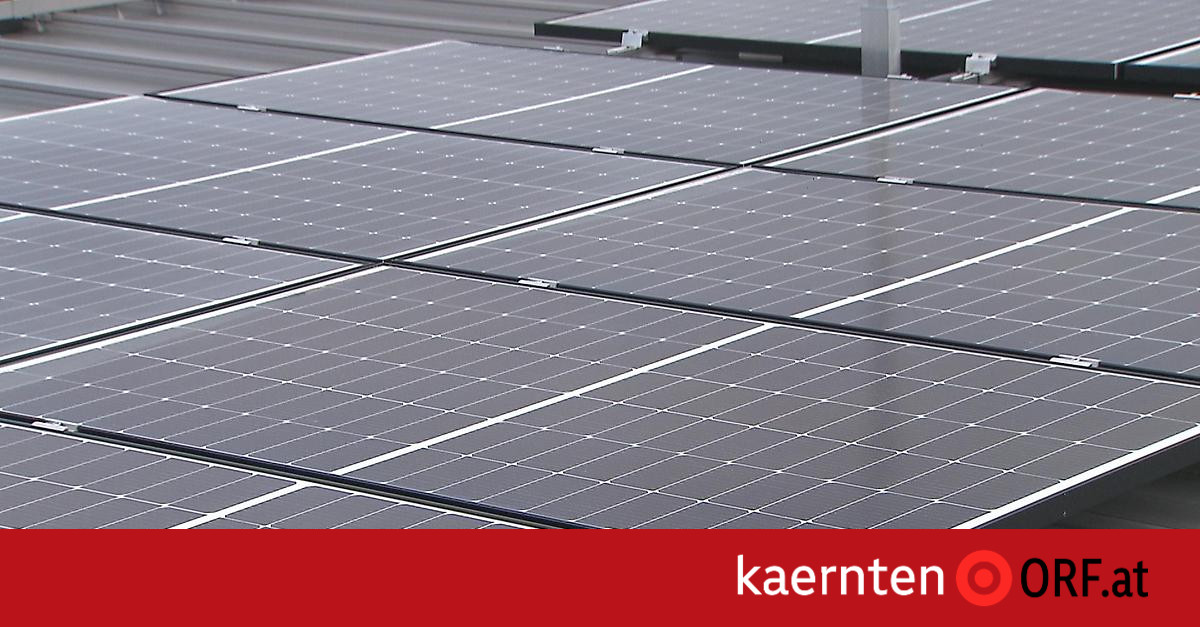 In 30 years Europe should be Co2 neutral. Therefore, 100 billion euros will be invested in corresponding technologies over the next ten years. Banks are also rethinking and offering green bonds. BKS and Klagenfurter Stadtwerke are working together with the latest bond.

According to BKS CEO Herta Stockbauer, it is a new world in which you have to rethink even as a banker. Therefore, together with the municipal utilities, they are investing on a large scale in photovoltaics on the roofs of the state capital, which Energie Klagenfurt is building. According to Stockbauer, shares in the photovoltaic systems can be acquired starting tomorrow from 1000 euros.

Almost 30 megawatts of power from photovoltaics

59 systems are planned, for example on the roofs of the Smart City in Harbach, also in Fischl, on fire stations but also on the Hörtendorf landfill. “We have a total investment volume of 13 megawatts for electrical power only in the city and the facility in Hörtendorf near the landfill will amount to 15 megawatts, so that we have installed a total of almost 30 megawatts only in Klagenfurt. For comparison, the maximum power value, the highest peak that we have in consumption, is 100 megawatts. This means that we will install around a third of the installed capacity with the photovoltaic systems, ”says Stadtwerke Board Member Erwin Smole.

In the long term, according to him, the goal is for Klagenfurt to achieve 15 percent of its own generation. A large part of the energy generated is consumed directly, while a smaller part is fed into the grid. BKS boss Herta Stockbauer says that the commitment is evaluated by outsiders for sustainability.

Manufacture and assembly from Carinthia

“This is a very recognized sustainability rating agency in Austria and the bond we are issuing here on the basis of this huge photovoltaic project has received an A minus rating. That is a clearly above-average rating that these bonds can get, ”said the BKS CEO.

Loans worth five million will be available tomorrow. If necessary, it can be doubled right away. The term is seven years. The purchasing and installation of the systems are also sustainable. The photovoltaic panels come from St. Veit, they are also assembled by a local specialist company.