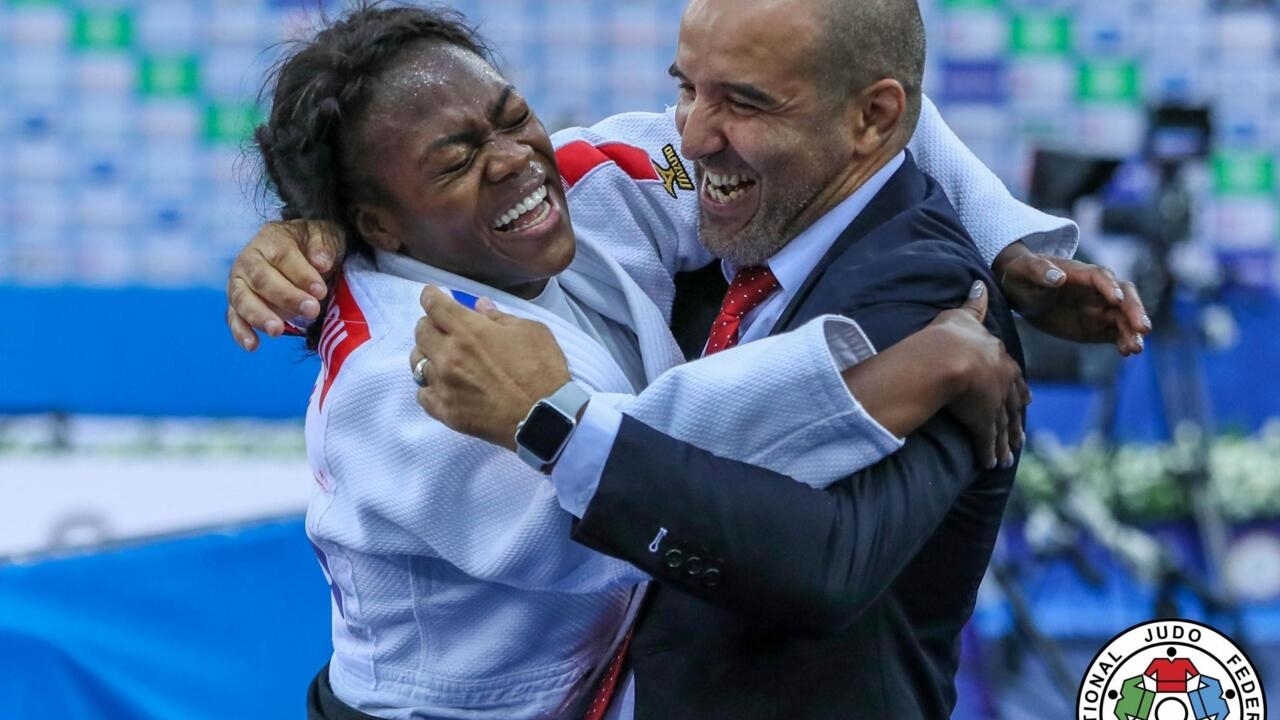 Stopped for several months due to a coronavirus crisis, the French women’s judo team has resumed training. On the baton, former world champion Larbi Benboudaoud, who enabled Lucie Decosse to win Olympic gold in 2012 and Clarisse Agbenenou to win three titles of world champion with him.

Listening to those who know him well, Larbi Benboudaoud inspires respect. The one who was born in Dugny in Seine-Saint-Denis in the 9-3 and who has forged a track record as a judoka now has the reputation of being a model coach. Talented on the mat, since 2016 he has succeeded in sharing his passion and his vision of judo to the girls of the French team. In short, the continuity of his first experience with Lucie Décosse, now by his side, who won the Olympic gold in 2012 in London.

« We’ve known each other for thirty years. He was a very elegant judoka, so classy, ​​with technique and tactics. He was quite a winner. He was a conqueror on the carpet, but not outside. He was a simple and affordable guy “Testifies his friend Hakim Khellaf, magistrate at the Court of Auditors, former sport, youth and associative advisor to the Prime Minister ‘s office under François Hollande.

« He’s someone who is sincere, real, honest, supports Hacène Goudjil, former trainer of Clarisse Agbegnenou at the Judo Club Escales d’Argenteuil. We knew each other on the tatami. I was there when he became world champion, we had made the trip to Birmingham to encourage him with friends. He was untouchable, he was a safe bet ».

« It’s my neighbor ! proudly exclaims Sofiane Milous, European champion in the category of less than 60 kilos in 2010. Larbi, one of the first in 9-3 to have joined the French team ! Many others followed. »

First kimono at the age of 10, world champion at 25

Eighth in a family of nine children, Larbi Benboudaoud put on his first kimono at the age of 10 to make his models like five of his brothers. At 18, he entered the Insep, a factory for champions, and experienced world recognition in 1999 in Birmingham at 25. The fruit of long-term work. In 1997, he already finished on the second step of the podium at the Paris Worlds.

“The cat”, a nickname that earned him speed and flexibility, made all the sacrifices to get there. ” It is easy to train. He knows what he wants to achieve his goals and that, despite his talent, it takes a lot of work “Narrated the head of the French men’s team, René Rambier after the world title. ” As soon as I started following him in 1994, I knew that there was something of a great future. With his way of fighting, moving forward, taking risks, he was already domineering with his imperfections. We decided to bet on him. He never disappointed “, He added. In England, over six games, Larbi Benboudaoud has five victories per ippon, four of which in less than a minute. ” It was superb ! Well done ! All doors are open to you! “Wrote the President of the Republic Jacques Chirac to him.

Son of Kabyle immigrants, Larbi Benboudaoud is today one of the rare French people of North African origin to hold a position of responsibility in a federal structure. ” I come from the suburbs, I have foreign origins, but I got there thanks to universal values, explains the interested party to our colleagues from Parisian. To be champion, I moved my ass (sic), beaten like crazy. In sport, meritocracy prevails ” Modest, he adds: ” Some people need to shine, I don’t. I did not run after this coaching position, I would enjoy myself as much with young people. I don’t need to flatter my ego. »

Twice European champion, Larbi Benboudaoud will never reach the Olympic Grail. Her biggest regret. The title eludes him in 2000 in Sydney and he has to “settle” for the money. Four years ago in Atlanta, he was beaten in the first round. Then it will be Athens and a defeat so frustrating also in the first round at the age of 30. The Olympic dream is flying away. He puts his kimono away some time later.

And it is not the fact of seeing his protégés climb on the highest steps of the podiums that comfort him today. ” I do not take the medals, I only help to get them. Mine (OJ 2000), qthat I kept at home, did not change metal “, He advances in The Parisian.

If the teacher does not want to take the medals of others, he gives strength and reassures. ” Technically it is very good. He has his eye on the placement, on the hands. With him, even when I don’t have the sensation, I can be precise because he sees things. During matches it’s like pressing the remote control and I run “Said Clarisse Agbegnenou in The team at the 2019 Worlds for its fourth title.

At the time of his world title, in 1999, Larbi Benboudaoud however refused to fight against girls during mixed sessions. Today, they are his heroines. In Japan, during the 2019 Worlds, the French women’s team again heard La Marseillaise three times: Clarisse Agbegnenou (- 63 kg), Marie-Eve Gahié (- 70 kg) and Madeleine Malonga (- 78 kg). A real raid for one of the great architects of the success of French judokates.

Motivate and reduce the pressure

« He’s listening, that’s why he’s a good coach. It will treat the important and the least important equally. It will bring powerful attention. He manages to put himself in the place of others very easily. He is a great teacher, a real trainer, he built confidence “Hakim Khellaf believes. For Sofiane Milous, Larbi Benboudaouad has “ enhanced Over time since the title of Lucie Decosse. ” He put his vast experience to the service of the French women’s team and it is now the best in the world. He is always doing well, he sets the mood, he manages to motivate and relieve the pressure. It is demanding on training and gives strength. He likes his athletes to win medals “He says.

Same story with Lucie Decosse. ” Before the London Olympics, it was a time of great change for me, she remembers. I had experience and he knew how to adapt to what I had already done. He did not impose anything. What was interesting was that he was not putting pressure. I wanted to be an Olympic champion and I put myself under pressure every time. With him, I was in a relationship of trust and he made me understand that I was up to the event. He has a very good feeling with people. Before being appointed, some said : “Larbi it’s not possible! We’re not going to take it seriously”. But he is someone responsible, he proves it today. He doesn’t just have the label of the nice guy. »

Outside the Insep, you can meet this pragmatic man, father of two children, at his parents’ bar-restaurant in Drancy. This city of Seine-Saint-Denis, its suburbs, this bistro, remain his universe, where he can relax. Alongside Bachir, his father, he must remember the Maurice-Thorez hall in Dugny, his judo school. The road traveled is immense. The story continues.