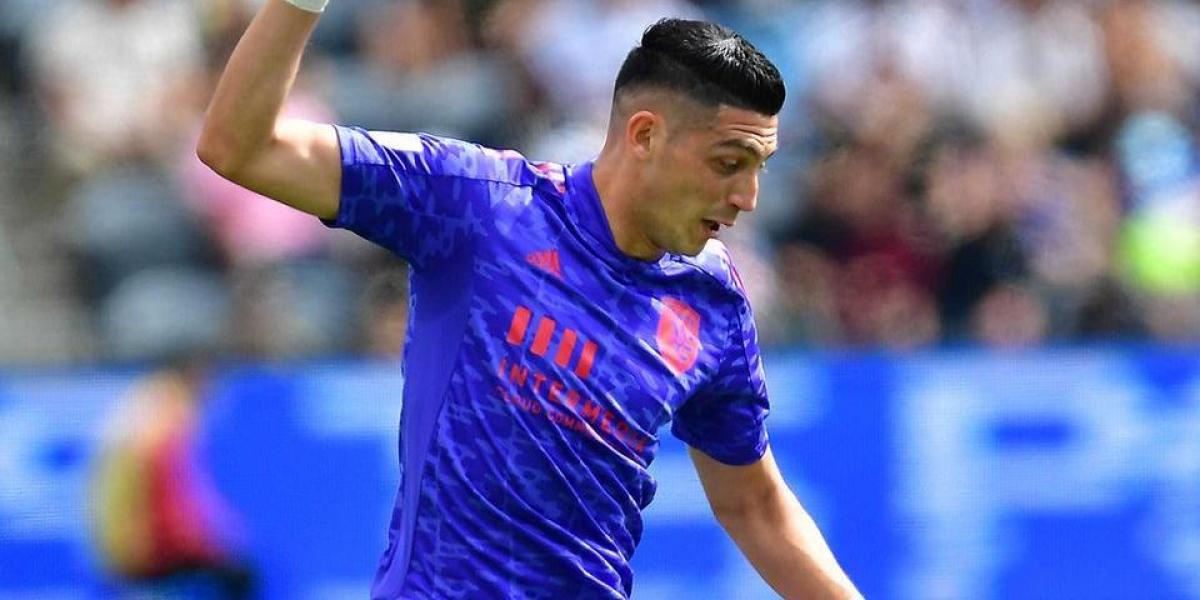 LAFC consolidates in the West and New York City, in the East

The LAFCwithout Carlos Vela due to injury, consolidated its leadership in the Western Conference of the MLS while the East underwent a change in the first position with the New York City taking the lead instead of the Philadelphia Union.

Following their elimination on Wednesday in the round of 16 of the US Open Cup against rival LA Galaxy (3-1), LAFC regained their smile with a 3-2 win against the San José Earthquakes.

The Colombian Cristian Arango from a penalty, Ryan Hollingshead and the Uruguayan Brian Rodríguez scored for the Los Angeles team while Jeremy Ebobisse scored a double for San José that places him with 9 points at the top of the MLS scorers list along with Jesús Ferreira of the Dallas.

After getting injured in the Cup match against the Galaxy, Vela did not play this Saturday but LAFC coach Steve Cherundolo clarified that he has “nothing serious.”

LAFC remains ahead of the West with 29 points and is ahead of Dallas and Real Salt Lake by 4 points and Austin by 5 (with one less game since they face Javier ‘Chicharito’ Hernández’s Galaxy this Sunday).

For its part, New York City, champion of the MLS last year, won 0-1 at Minnesota United and thus extended its magnificent streak of results: it has seven wins in its last eight games.

A headed goal by Alexander Callens and a great performance by goalkeeper Sean Johnson were enough for the New Yorkers to put the Philadelphia Union ahead in the East, who drew 1-1 at their visit to the New England Revolution, which included a penalty goal from the Argentinian Gustavo Bou.

New York City has 26 points and one game less than the Philadelphia Union, second with 25 points. For their part, the Florida teams were the heads and tails of the day.

The face corresponded to the Inter Miami of the Argentine Gonzalo Higuaín, who with a goal from the Ecuadorian Leonardo Campana defeated the Portland Timbers 2-1.

Instead, Peruvian goalkeeper Pedro Gallese’s Orlando City lost this afternoon 1-3 against Dallas, which turned the score around in less than 20 minutes and featured a goal from Argentine Franco Jara.

This MLS Saturday left some spectacular games with many goals, especially the vibrant 4-3 with which Montreal beat Cincinnati. Honduran Romell Quioto signed a brace with the Canadians and Venezuelan Júnior Moreno scored two of Cincinnati’s three goals.

Also very entertaining was the 4-1 of the New York Red Bulls against DC United (two goals from the Brazilian Luquinhas for the New Yorkers) or the 3-2 from Toronto against the Chicago Fire (a double from the Spaniard Alejandro Pozuelo for the locals and both from the Colombian Carlos Terán for a Chicago that is bottom of the East).

Many goals were also seen in Nashville’s 1-3 against Colorado Rapids (Chilean Diego Rubio scored a free kick for a Rapids that lost 0-3 in the 17th minute) or Real Salt Lake’s 3-0 against Houston Dynamo ( one of the goals was scored by the Venezuelan Sergio Córdova).

In the rest of Saturday’s games, the bottom of the West, Sporting Kansas City, fell 0-1 to the Vancouver Whitecaps while the Columbus Crew beat Atlanta United 1-2 at home, in which the Argentine Thiago Almada was sent off when the duel was over.