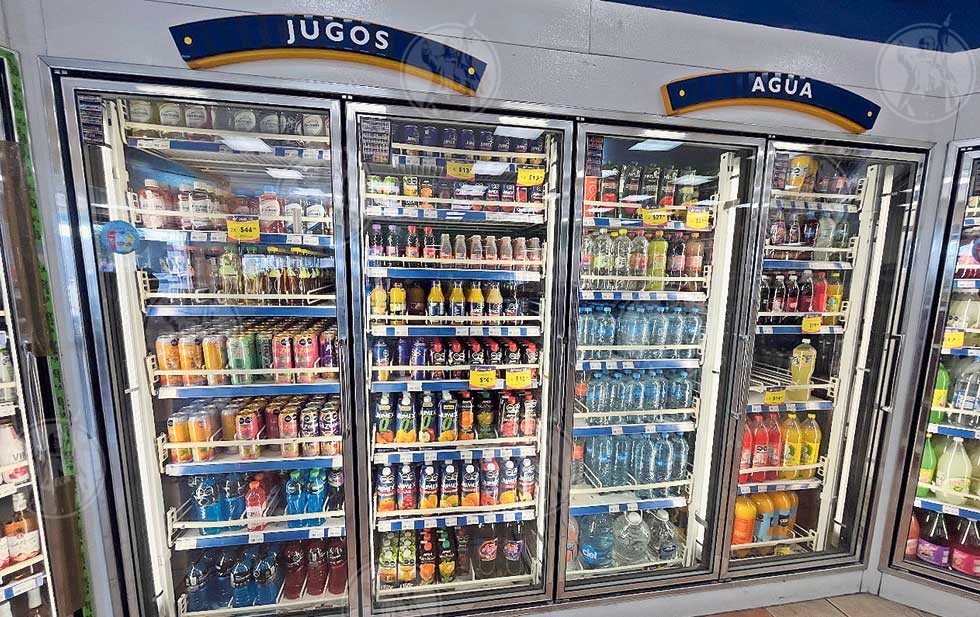 The lack of water in Monterrey impacted Ciudad Juárez with the scarcity of some products that are manufactured and brought from there.

From local stores to restaurants, they report problems in orders for beer, juices, sodas and chips that are produced in Nuevo León, a state that is going through one of the worst droughts in its history.

The manager of one of the Del Río branches stated that in the case of beer there are difficulties in supplying the Carta Blanca. “The distributor is here in Juárez, but the can is made in Monterrey,” he said.

The same problems are found in juices such as Del Valle, Powerade and even Coca-Cola soft drinks.

The manager stated that they even have problems with the chips. “Right now it looks full (the shelves), but we lasted a long time without Sabritas,” he said.

He added that the same situation occurs in the more than 300 stores that Del Río has in Ciudad Juárez.

Julia Arredondo, in charge of the La Fortuna grocery store, declared that there are few sodas and beers that she is receiving lately since the delivery men told her that due to the lack of water in Monterrey, the manufacture of these products has dropped.

Faced with the drought facing the state of Nuevo León, President Andrés Manuel López Obrador asked companies to stop the production of soft drinks and beers in order to provide their water to the population.

Cristina Cunningham Hidalgo, president of the National Chamber of the Restaurant Industry and Seasoned Foods (Canirac), said that there are also problems in that union supplying beers and juices, although from her point of view it has nothing to do with Monterrey water. because it is a problem that has been experienced since last year.

See also  The lingering knot in the supply chains

“I don’t know whether to say that they are needed, they don’t fill full orders for juices and beer, you struggle with dressings and sometimes we don’t find the meat we are used to and you have to go to El Paso to look for it, which is also a struggle later,” he said.

In the case of large stores such as Soriana, S-Mart and González, the president of the National Chamber of Commerce, Rogelio Ramos Guevara, stated that there are no problems with lack of products.