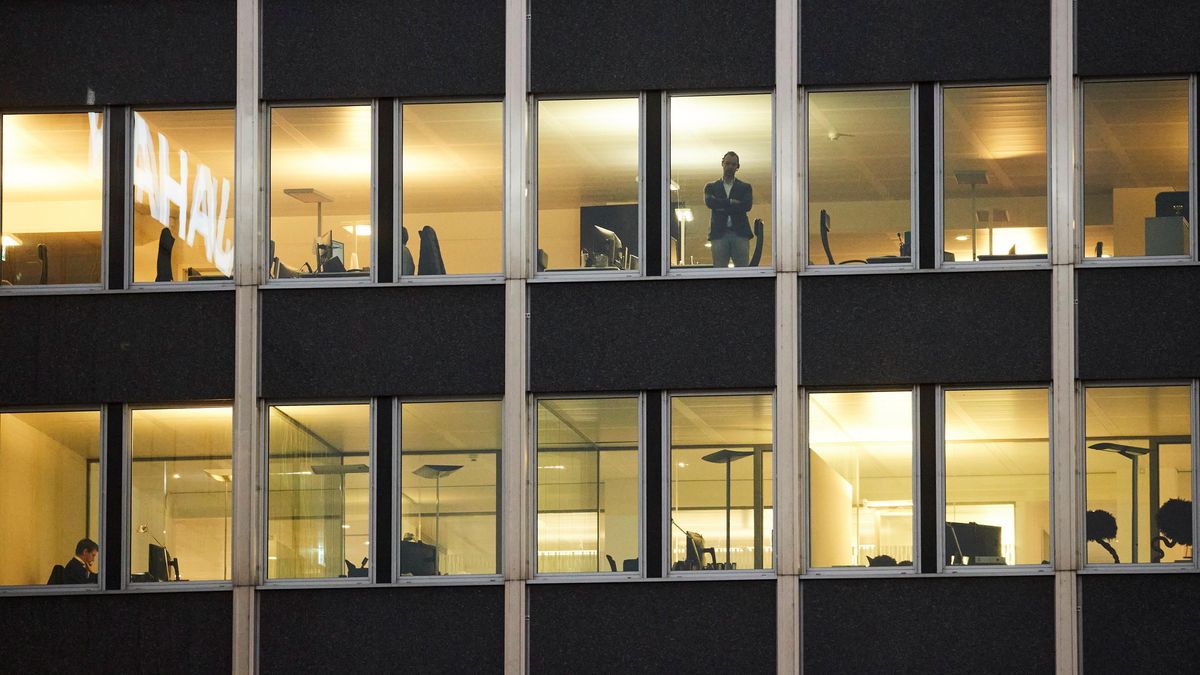 Lack of staff and goods: That’s why the National Bank is sitting on CHF 1 trillion despite the crisis

Shortage of staff and goods: That’s why the National Bank sits on CHF 1 trillion despite the crisis

The SNB’s balance sheet is larger than Swiss GDP. Despite the crisis in the economy, she does not distribute the money. She is helpless against the staff shortage and delivery problems.

staff shortage, Delivery issues, price control – the economy is struggling with many problems. At the same time, the balance sheet of the Swiss National Bank (SNB) is increasing and has been over CHF 1 trillion for a year. Spread over the Swiss population, that is more than 115,000 francs per person.

The money arouses desires. But the SNB cannot dispose of it at will, says J. Safra Sarasin expert Junius. “These SNB investments are offset by many liabilities. These arise when the SNB issues francs,” says Junius.

Because of these foreign exchange purchases, the balance sheet ballooned. This was necessary primarily because of the cheap money policy of the US and EU central bankers, says Matthias Geissbühler, head of investment at Raiffeisen Switzerland. The SNB fought an excessive appreciation of the franc, as SNB spokesman Fabio Sonderer says.

The SNB made a profit of CHF 26 billion last year, part of which went to the federal government and the cantons. According to SNB spokesman Sonderer, the SNB does not aim to achieve the highest possible income.

The National Bank is tasked with structuring monetary and currency policy in such a way that money retains its value and the Swiss economy can develop appropriately. It is therefore more important than the profit that the SNB can use the balance sheet at any time for monetary policy purposes.

The National Bank fights price control with the rate hike from mid-June. There’s praise for that. “They surprised many market participants with the rate hike, but made a perfectly reasonable decision,” says Junius.

Raiffeisen expert Geissbühler expects the SNB to raise the key interest rate again in the fall and turn it positive. That is a good development. “Negative interest rates are absurd because they mean that money no longer has any value, which leads to massive distortions,” says Geissbühler. Savers no longer received interest on their assets, while people with shares or real estate benefited massively.

«US and EU Federal Reserves were catastrophically wrong»

Rudolf Minsch, chief economist at the economic umbrella organization Economiesuisse, also praises: “The SNB underestimated inflation somewhat, but was not as catastrophically wrong as the US and EU central banks,” says Minsch. Because in the EU and in the USA, inflation is currently significantly higher than in Switzerland.

In the event of delivery problems, however, the SNB has no means of intervening. “The reasons for the delivery bottlenecks are that China is pursuing a zero-Covid policy, that the flow of goods to Corona has not yet normalized and that there is war in Ukraine,” says Minsch.

According to Raiffeisen expert Geissbühler, the National Bank could only weaken demand or even trigger a recession with massive monetary policy maneuvers and sharp interest rate hikes. Then unemployment would also rise, but of course she didn’t want that.