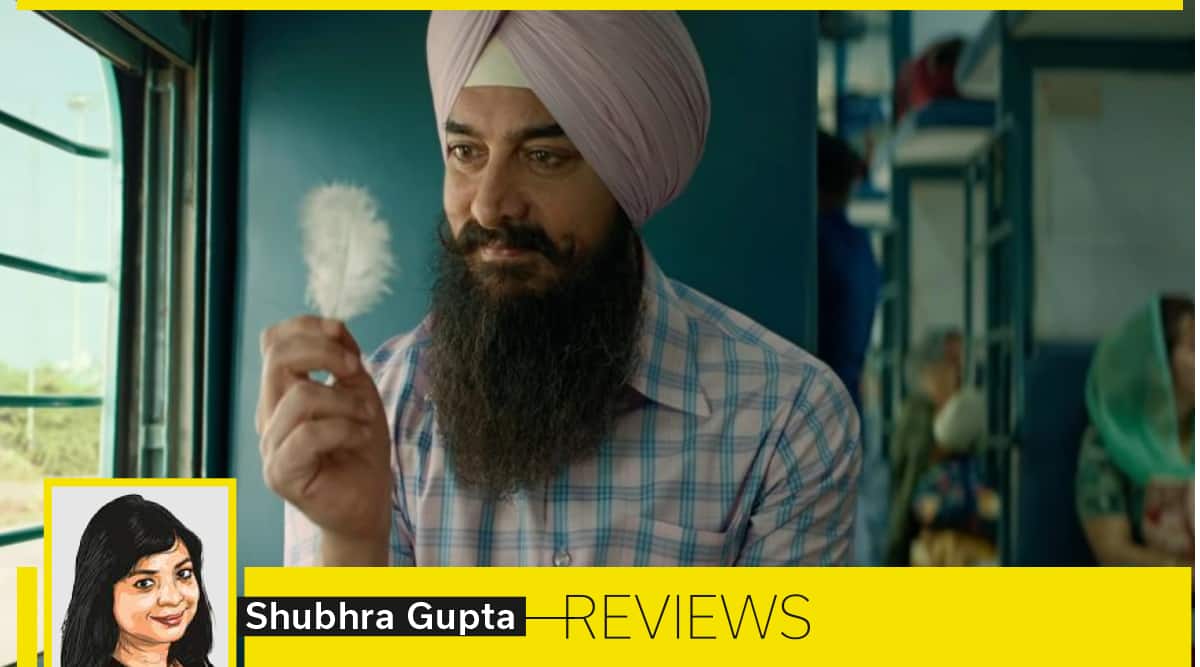 No worries if you haven’t seen the original. In fact, you can get more out of the film if you come to it fresh, instead of constantly comparing scenes that have been faithfully adapted. When we first come across Laal Singh Chaddha, he is on a train clutching a box of gol-gappa, or pani-puri, and a backpack full of memories.

At first, he comes across as your perfectly likable, extra-chatty person you dread sitting next to, focused on his need to tell us his story. Soon, however, Laal succeeds in pulling the disinterested woman over him, and then the entire compartment. As he continues, we realize that Laal has been in the middle of events that have changed India, and what seems like an ordinary journey turns into an extraordinary one.

Or, one that rightfully should have. Given that it is Aamir known for its meticulous character building, and the source material overcoming its heavy doses of schmaltz through an excellent performance by Hanks, ‘Laal Singh Chaddha’ should have been a movie we could take home with us. But it is the train that gathers speed, not Laal’s twisting story which only kicks in towards the last half hour.

It’s not just the pace that’s the problem. It is also, centrally and crucially, Sardar Laal Singh Chaddha himself. And here a comparison is a must. The only way we got more and more involved Forrest Gump, as he told us about his childhood spent with his legs in braces, a group of bully boys, a little girl who was the most beautiful thing he had ever seen, and a loving mother who gave him strength and given a barrel full of truth that has stayed with him well is the way Hanks picks it up while keeping the essential goodness and indolence of his character intact. Aamir falls back on easy crutches – widening of the eyes, crook of the neck, clearing of the throat, trousers tucked up high, shirts with neck-length collars, and a slightly fixed smile – a series of tics that take too much of our attention. .

There are solid supporting acts surrounding Laal. Mona Singh as his mother, who tells him he is as good as anyone else. New face Naga Chaitanya as his South Indian army mate who is obsessed with the right fit of ‘chaddi-baniyaan’, leading to a very amusing string. Manav Vij, as the crippled soldier who moves from black despair to optimism. And Kareena Kapoor Khan, as Rupa, the love of Laal’s life, desperate to put her painful past behind her, gives real feeling in her part.

The flashes of the life-changing events (Operation Bluestar, the assassination of Indira Gandhi, the 1984 Sikh massacres, among others, including the friendly appearance of a fellow superstar) place Laal in the proceedings, but this seasoned device that led to a mixture of eye rolls and wonder in the original, leaves little impact here. The Kargil war gets the most play, with Laal at the forefront of a brave rescue act. The omissions (the Gujarat riots) and the commissions (Swachch Bharat) give you a quick snapshot of the India we live in today, where even a line like, ‘mazhab se malaria phailta hai’, seems presumptuous.

It is only when Laal Singh Chaddha leaves the dull shackles of his mannerisms and hits the road, past some of the most spectacular sights India possesses – the intense blue Ladakh Lake, the shimmering Himalayan night, a picturesque southern coastline – that he starts to grow on me The film, which has struggled to lift its character from the reductive labels of ‘buddhu’, ‘pagal’, ‘bhondu’, ‘khotaya’, ‘atrangi’, becomes surer and more confident of the paths Laal treads: the way he ties his turban with the beauty of ‘Ek Omkar’ playing in the background, is a moment. Finally, he is what the film wants us to see: a man to be admired, not favored, fueled by a wisdom that comes from true simplicity.