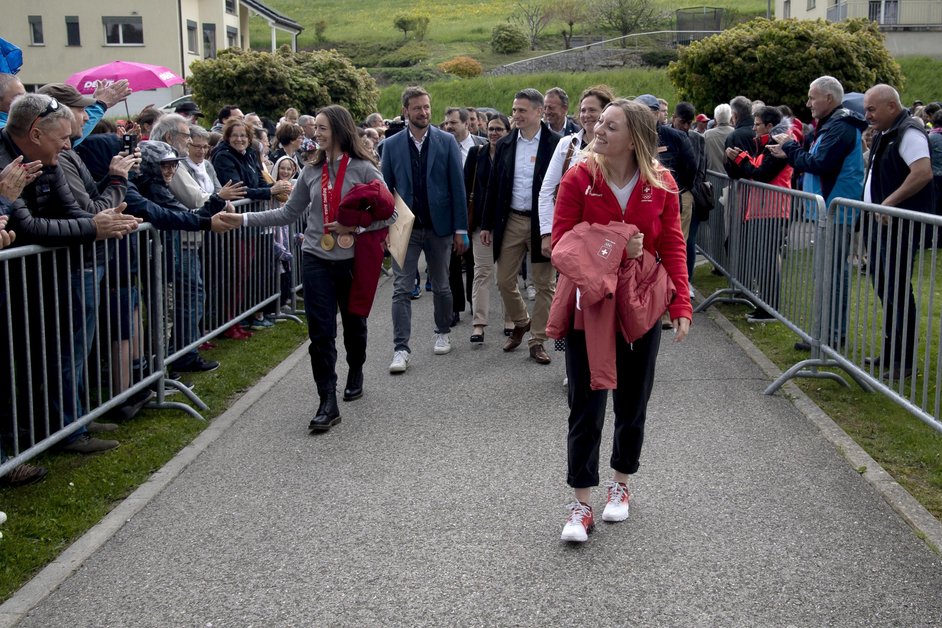 There were people on Saturday afternoon in La Roche. The official reception in honor of Mathilde Gremaud and Noémie Kolly, who represented Swiss skiing and the Gruyère village at the Beijing Olympics, was held there.

Led by the La Roche fanfare and closed by the bell ringers, the procession allowed a thousand people to celebrate their champions, seated in a carriage. In the hall of celebrations, the population, the supporters, the family and the friends of the two champions, always in number, applauded the two skiers a lot, reliving in particular their performances on the Chinese snow.

Bertrand Gaillard (La Roche trustee), Stéphane Gaillard (president of the Association fribourgeoise de ski & snowboard), Vincent Bosson (prefect of Gruyère), Didier Castella and Romain Collaud (state councillors), and Urs Lehmann (president of Swiss-ski) took turns to address a few words to Mathilde Gremaud, Olympic slopestyle champion and bronze medalist a few weeks ago in China, and to the downhiller Noémie Kolly, who was in the land of the Great Wall to store experience. Before the party started, the supporters, and among them many children, again lined up for an autograph session.

Note that an Olympic gold medal and a bronze medal are worth 42,000 francs for the State of Fribourg, which presented a check with this amount to Mathilde Gremaud for her exploits in China.