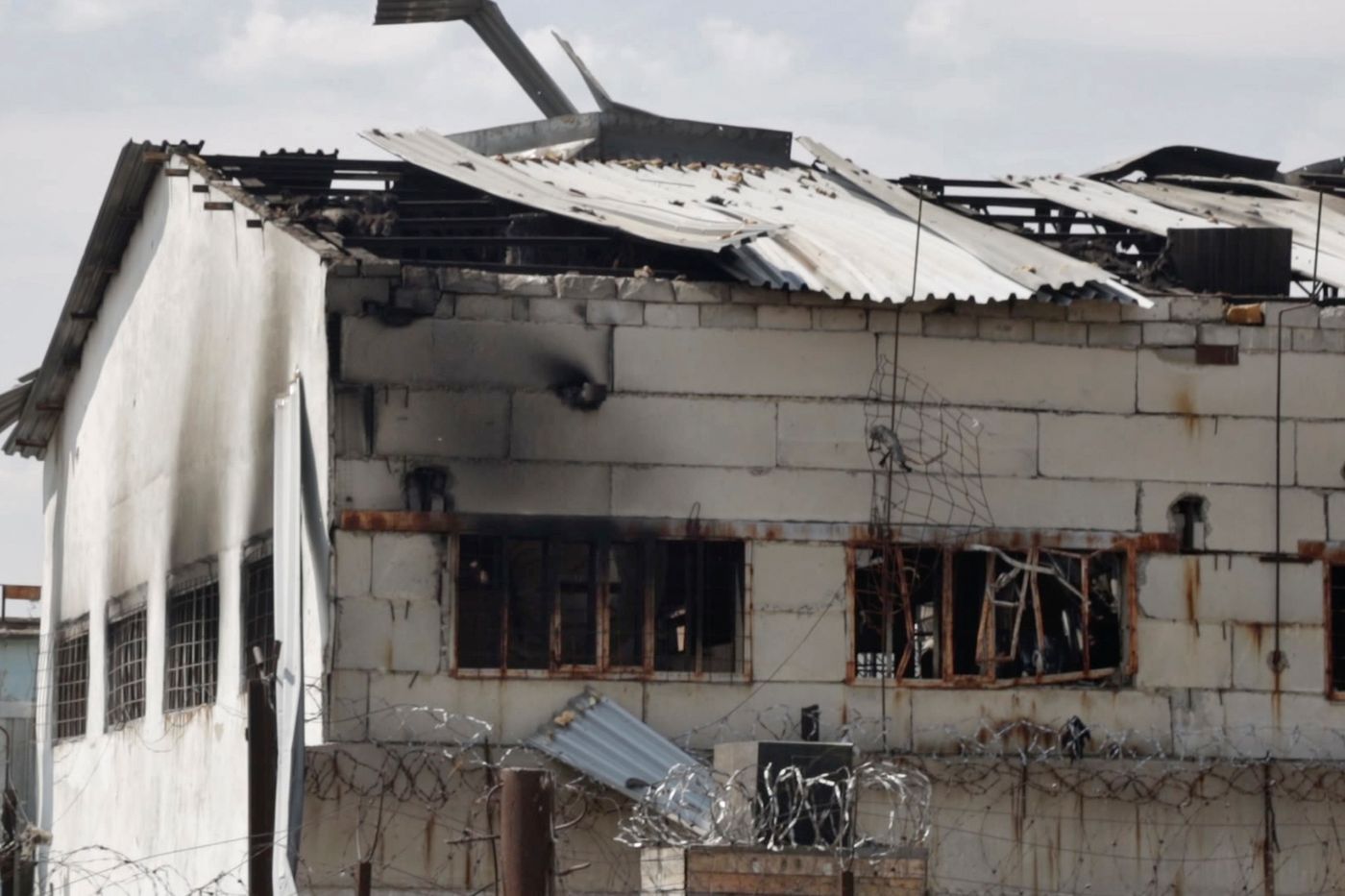 kyiv demands the truth about the massacre of prisoners in Olenivka

Seen from the sky, the prison of Olenivka appears decapitated. Released on July 31 by satellite imagery company Maxar, the pictures show the damage inflicted the previous day by the violent explosion that killed dozens of Ukrainian prisoners of war crammed into a Russian detention center in the Donetsk region of eastern Ukraine. Of the building’s white roof, only a charred hole remains. Around, the other buildings seem unscathed.

The vagueness remains on the circumstances of this tragedy which would have cost the lives of 53 Ukrainian prisoners of war, and would have injured 75 others, according to a report communicated by the pro-Russian separatists. First to communicate about the event, the Russian side claimed that Ukraine would have struck the prison with a Himars multiple rocket launcher, an American high-precision artillery system.

Shameless lies, reacted the Ukrainian authorities, according to which the explosion was caused by an explosive device placed inside the building by Russian mercenaries from the Wagner group. “This is a deliberate Russian war crime, a deliberate mass murder of Ukrainian prisoners of war,” said Ukrainian President Volodymyr Zelensky, who called on the United Nations and the International Committee of the Red Cross (ICRC), the two organizations responsible for ensuring the proper treatment of prisoners of war, “react”.

Several international officials, including US Secretary of State Antony Blinken and European Union High Representative for Foreign Affairs Josep Borrell, have pointed to Russia’s responsibility for the massacre. If he suspends his final judgment, the Institute for the Study of War, a think tank based in Washington, says that “the visual elements available suggest that the version put forward by Ukraine is more likely than that of Russia”.

Since the explosion, several testimonies from former Ukrainian prisoners of war have reported brutal practices and deprivation of food towards the detainees at Olenivka. The latter are mostly members of the Azov battalion, seen as heroes in Ukraine, after having resisted the Russian army for eighty days in the stronghold of the Azovstal factory in Mariupol. On Saturday, the French foreign ministry said its “horror at reports of killings and torture of prisoners in Olenivka”.

The United Nations has indicated that it is ready to send investigators to the scene. For its part, the Russian Ministry of Defense undertook on the evening of Saturday July 30 to have the prison of Olenivka visited by the UN and the ICRC. It remains to be seen if this will translate into action, and when. A few hours earlier, the ICRC said that its request for access to the prison to ensure that surviving prisoners receive the necessary care and that the remains of the dead are treated with dignity had been refused.