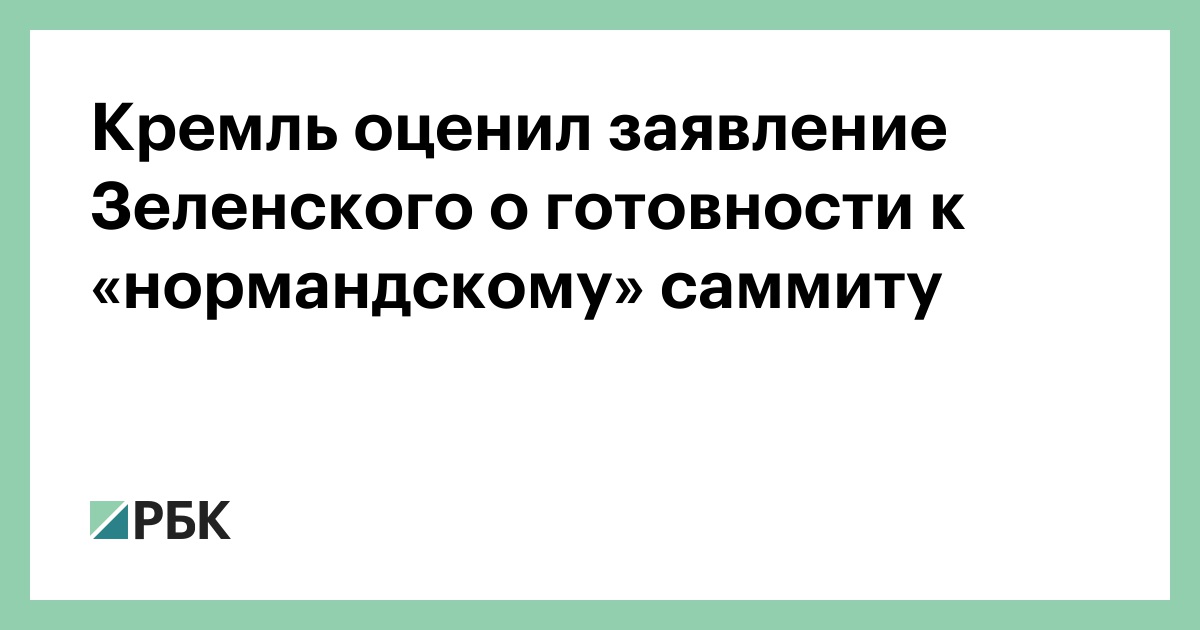 The “Normandy format” of negotiations between four countries – Russia, Ukraine, Germany and France – has existed since June 2014. The main topic of discussion is the peaceful settlement of the situation in Donbass. The parties recognize the Minsk agreements and the set of measures agreed upon as the basis for the settlement. The last Normandy format summit was held at the end of 2019 in Paris.

In connection with the appearance in the fall of 2021 of reports in the media about a possible “invasion” of Russia in Ukraine, the question of returning to the “Norman format” was raised again. In mid-December, Vladimir Zelensky, French President Emmanuel Macron and the new German Chancellor Olaf Scholz, following a trilateral meeting, called on Russia to resume work within the Normandy format.

Russian authorities have repeatedly denied reports of a possible “invasion” of Ukraine. On January 10, during negotiations with the United States on security guarantees, Deputy Foreign Minister Sergei Ryabkov stressed that Russia has no plans to attack Ukraine and cannot have any.

On January 12, French Foreign Minister Jean-Yves Le Drian announced the return of the “Normandy format” to work. He specified that a new meeting is planned “in the coming days”, the parties will discuss the exchange of prisoners, humanitarian prospects, the withdrawal of heavy weapons and the status of Donbass.