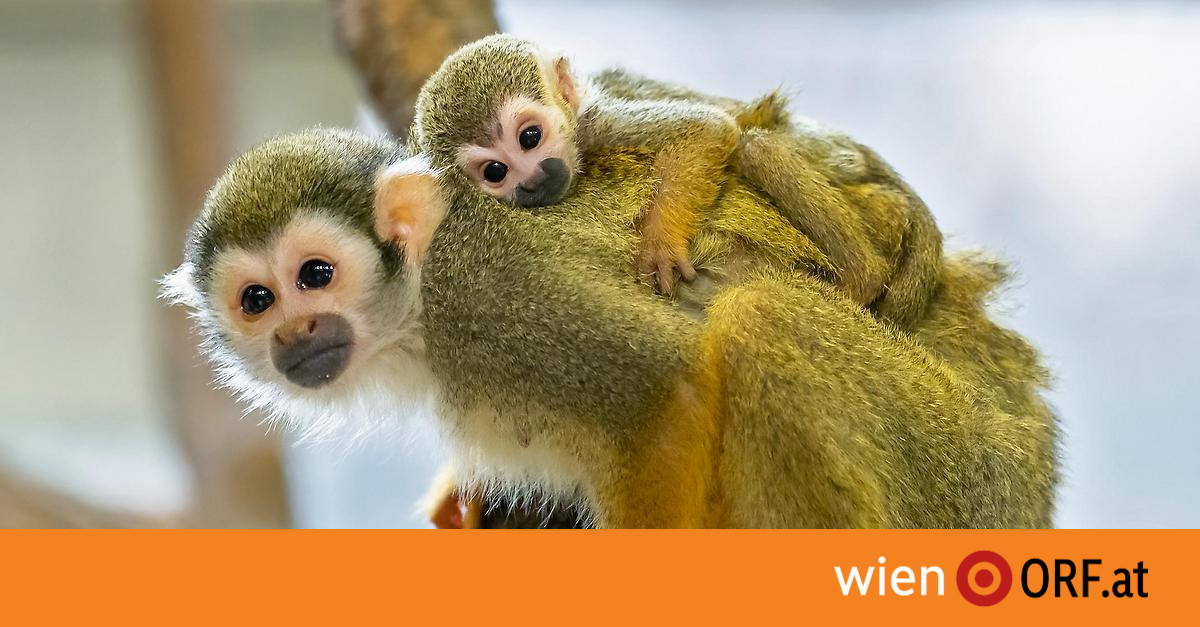 In the Schönbrunn Zoo, the squirrel monkeys have had multiple offspring. The monkey house now resembles a “toddler room”, according to a zookeeper.

Within just a few weeks, several squirrel monkeys saw the light of day. They still cling to their mothers’ thick fur and allow themselves to be carried through the complex on their backs. In between, they climb onto their mother’s belly to be suckled. After about four to five months, the monkeys will go on a discovery tour on their own and will also eat independently.

“About a year ago a new, lively group of monkeys with several females from England and a male from the Czech Republic moved in with us. Therefore we are now especially happy about the offspring. Our monkey house has become a real crawl space, ”says animal keeper Melanie Tötzl. The new group of animals came to Schönbrunn Zoo at the end of 2020 as part of the European Endangered Species Program (EEP).

Largest brain of all primates

The squirrel monkeys native to the South American rainforest prefer to climb at lofty heights and jump nimbly from branch to branch. “They are extremely skilled climbers. Their long tail helps them to keep their balance, ”explains zoo director Stephan Hering-Hagenbeck. “In relation to their body weight, the curious monkeys have the largest brain of all primates. In the wild they live together in large family groups, where the female animals are in charge. “

The monkeys owe their name to their skull-like facial markings, which can already be recognized in the young animals.