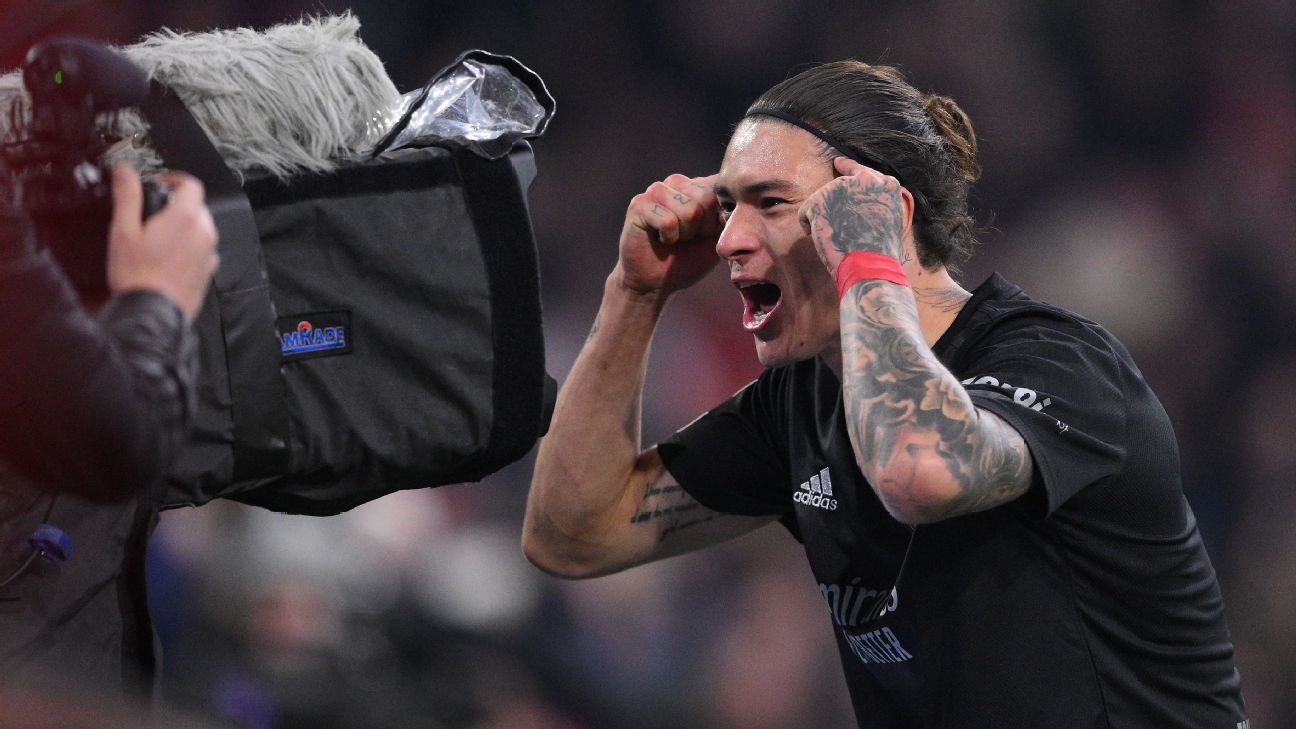 Klopp is “crazy” for Darwin Núñez, and Manchester United is not resigned to losing him

Liverpool manager Jurgen Klopp is “crazy” to sign Darwin Núñez, the Portuguese newspaper Récord said on Wednesday, where they noted that the Reds would be willing to pay 100 million euros for the Uruguayan. However, their rivals from Manchester United will not give up and will fight for the pass.

If an offer for that figure from Liverpool were made, it would become the most expensive signing in the club’s history, exceeding the 85 million paid by Virgil Van Dijk. In addition, it would be the second most important sale in the Portuguese League after that of Joao Félix to Atlético Madrid for 127 million.

Liverpool knows that one of its attacking figures, Sadio Mané, is looking to leave the club in this market, with Bayern Munich already on top of the player’s situation and as the most likely destination for the Senegalese. Núñez would arrive to make up for that loss and probably become the center forward of the team, accompanied by Luis Díaz on the left and Mohamed Salah on the right wing.

However, not everything has been said since ESPN’s correspondent in Manchester, Rob Dawson, reported that the Red Devils are willing to dispute the Uruguayan pass with their rivals. It is well known that Manchester United is looking for a centre-forward – even more so with the departure of Edinson Cavani and the fact that Cristiano Ronaldo is now 37 years old – and Darwin Núñez “is high up on the club’s list of priorities,” the journalist said.

The article on the English site of ESPN indicates that a problem for both United and the Reds would be the figure requested by Benfica to let him go, although they understand that any offer that exceeds 90 million euros will be considered by the Portuguese club. Dawson said that sources told him that there are some Spanish clubs that are also attentive to the development of offers for the attacker of the Uruguayan National Team.

Manchester United is looking to revitalize its squad with the arrival of the Dutchman Erik ten Hag as manager, after achieving the club’s worst season under the leadership of Ralf Rangnick since the creation of the Premier League last year.