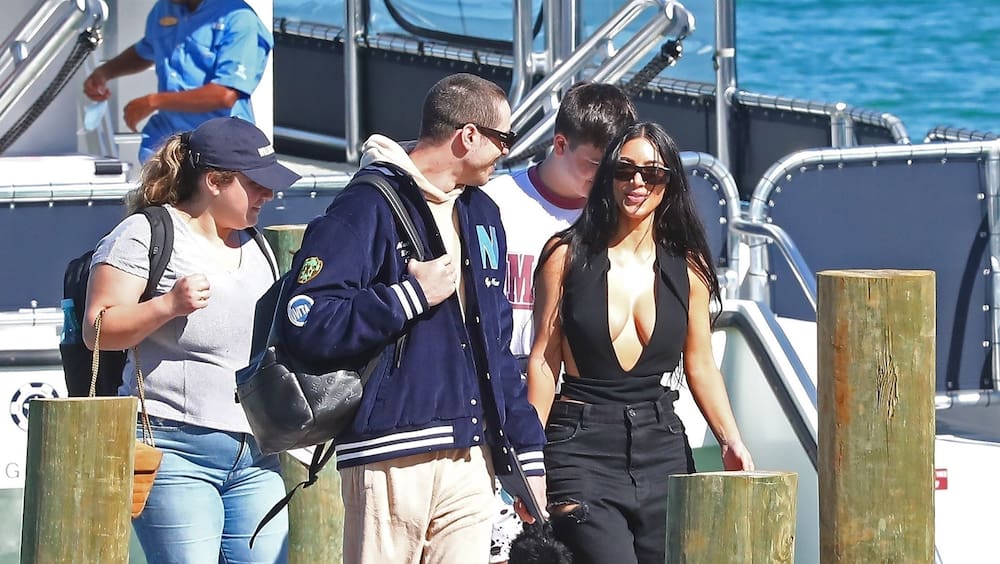 Kim Kardashian (41) and comedian Pete Davidson (28) are having a good time in the Caribbean. The two US stars flew to the Bahamas to get to know each other even better. They were promptly spotted by photographers. The sudden attention doesn’t seem to bother her. Hand in hand, they leave a ferry and walk along the jetty, smiling.

The first love rumors between Kardashian and the ex-fiancé of hit singer Ariana Grande (29) surfaced in October when they were photographed on a date in an amusement park. The lovebirds later spent a few days in the posh town of Palm Springs in Southern California. Davidson is said to have met Kardashian’s family by now.

The TV actress filed for divorce from rap mogul Kanye West (44) a year ago. She has four children with him. Kardashian and West were married for seven years. Now she has finally thrown the love anchor at Davidson.