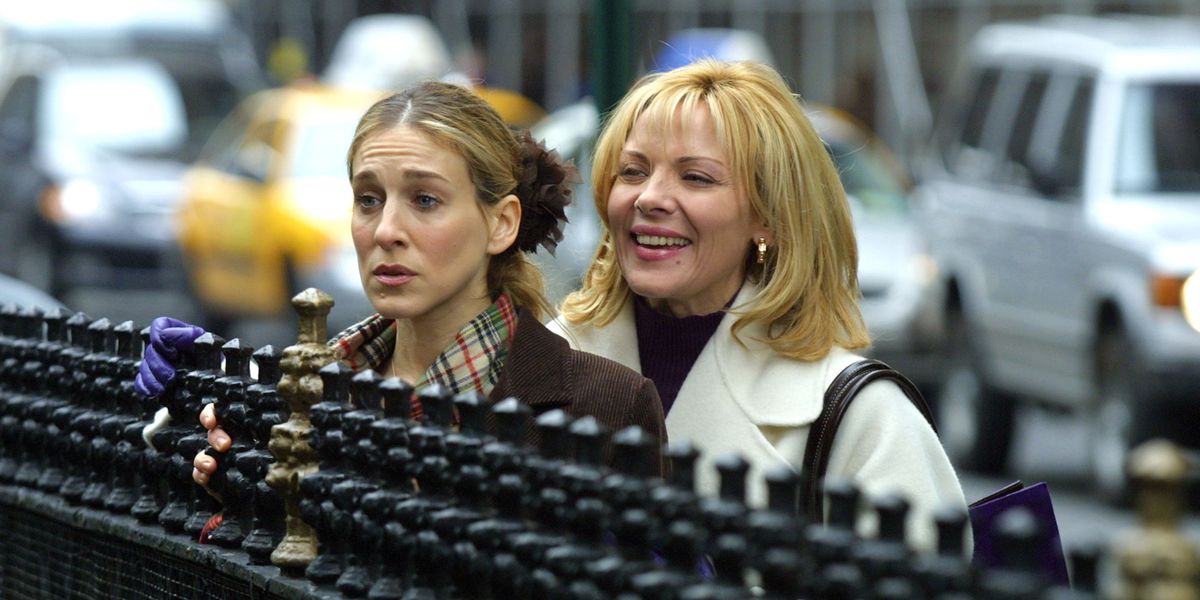 Oh no, the cast of Sex and The City-reboot has been spotted again during shooting days for And Just Like That… If we can believe these TikToks they are getting ready for a funeral. But from whom?

Kim Cattrall spotted near shooting And Just Like That…

In case you missed it: the Sex and The City-reboot And Just Like That… running at full throttle in New York. The main characters of the ’90s series are spotted on the streets of New York in outfits to dream away. The great absentee is and remains Kim Cattrall, who kindly thanks for portraying her role as Samantha Jones. (Even though it came with a $1 million per episode price tag.) But the power of the set seems hard to resist even for her, as Kim was recently spotted nearby while Sarah Jessica Parker sparkled in front of the camera.

Okay, let’s be honest, Kim was dressed in sportswear and running in the park. But who says she didn’t take a break from her torques?! Not us. Anyway, according to multiple reports, the return of Samantha Jones finally out of the job. Still, fans seem to have a different idea about this. Because when the cast was spotted in all black, speculations arose.

SATC-superfan Evan Kline posted two TikTok videos of the set in front of the Wolf Building in Chelsea, with everyone dressed in black outside. According to the fan, this is just additional confirmation that the team is planning a to write ‘important character’ from the series. According to Kline, all signs on the death of Mr. Big or Samantha Jones (ha, there she is again).

See also  Sex and the City, the photo between Carrie and Mr. Big takes us back in time

If we Page Six may be believed, Mr. Big this season, but is he on the brink of separating from SJP’s character Carrie Bradshaw. Get what you want out of it, but the leaked script shows two scenarios between the lines. “I was recording the podcast, I was washing my hair,” Carrie says in the leaked scene. “Yes, I didn’t eat or sleep, but at least I felt good about my marriage. Now I’m just one of the women he cared for?’

What do you think?