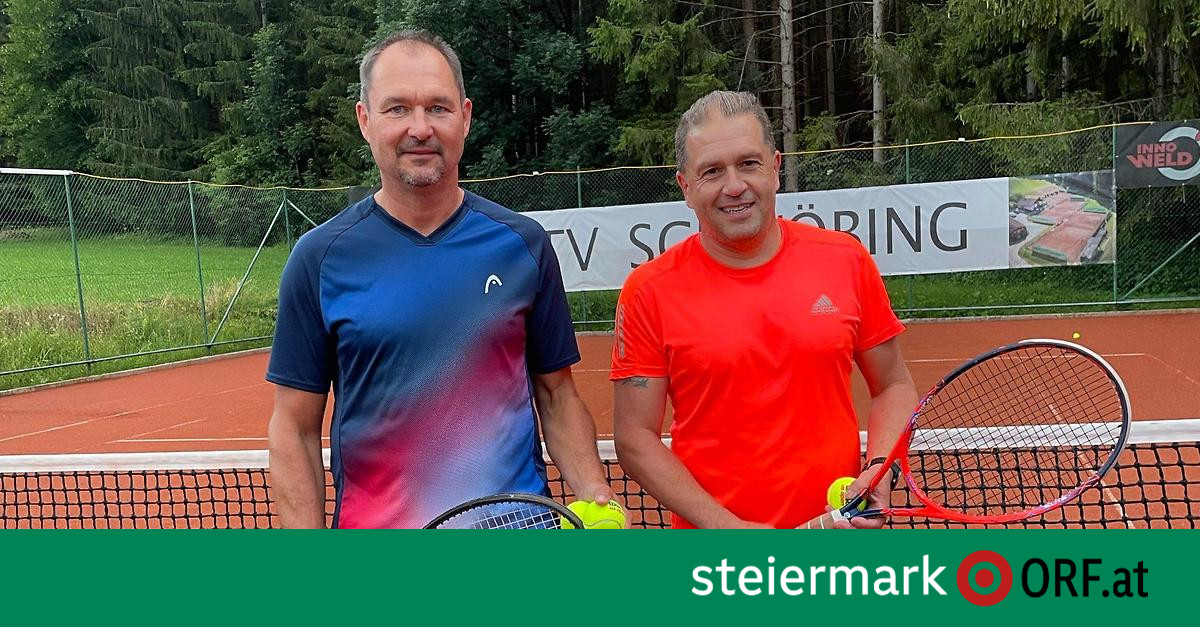 A new world record attempt in long-distance tennis was started on Thursday morning in Langenwang-Schwöbing in the Bruck-Mürzzuschlag district. Two Styrians want to play tennis for 82 hours at a time for a good cause.

Friedrich Nowak and Karl Straßberger are not only best friends, cousins ​​and business partners, but also gifted tennis players. Now they want to break the previous world record for the longest tennis match – the starting shot was Thursday at 07:00, the record should finally fall on August 14 at exactly 14:09, but the match should even be played until 17:00. But Nowak and Straßberger are not just playing to set a new record, they also want to promote inclusion and raise money for mass sports.

Sport has “value for all”

The two Styria give their reasons for taking on this hardship: “We believe in the value of sport for everyone, especially in difficult times,” emphasizes Nowak. Straßberger adds: “Financially and in terms of health, we are doing well. We want something that gives something back, sooner rather than later.” An important fundraising goal – the financing of a swimming pool lift for the eleven-year-old boy Vincent, who has suffered from a spastic condition since birth, has already been achieved in advance.

An element of ambition is also included

There are clear rules of the game on the way to the world record. The Styrians are allowed to take a break of five minutes every hour, and the breaks can also be combined. So the plan for the beginning is to play for twelve hours and then take an hour’s break. The game is played according to the normal ATP rules, the venue may not be changed.

Incidentally, this is not the first long-term tennis match between the two Styria. The longest match the two played against each other lasted 36 hours. In the end, everyone wants to win for themselves and thus win the most sets during the world record attempt.