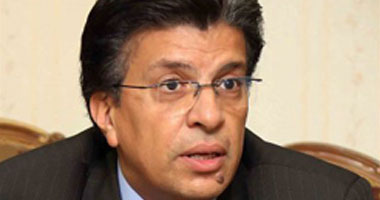 The statements of the late media’s wife, Wael El-Ibrashi, sparked great controversy during the past few days, especially after she revealed that there was a medical error that led to the deterioration of his health. Dr. Khaled Montaser, in an interview with “The Seventh Day,” revealed new details about the circumstances of the death of the journalist, Wael El-Ibrashi.

Khaled Montaser said that what was ruling the mind of the physician treating Wael El-Ibrashi at the time was that he wanted to take the shot and get the show and that he was eager to go out to the public and say I was the one who treated Wael Al-Ibrashi, indicating that Al-Ibrashi resorted to that doctor, who is a liver and organ doctor My digestive system on the advice of a friend, and he wrote to him the most amazing prescription in the history of medicine.

Khaled Montaser added that Wael El-Ibrashi’s wife would file a complaint with the Doctors Syndicate against that doctor and that she would authorize the lawyer to submit a report attached to the prescriptions and medical errors, continuing: “Wael was giving psychological support to himself and had great hope to return to television, despite my medical knowledge and that it was in perfect condition.” dangerous, but the spirit in which Al-Ibrashi was speaking at the time made me believe that he was returning.”

And Dr. Khaled Montaser had previously written a post on his personal account on the social networking site Facebook: “I waited until the volcano of sadness calmed down a little on my friend Wael Al-Ibrashi in order to write about what happened at the beginning of his treatment from Corona, which I consider a full-fledged medical crime and not, as his virtuous wife said, just a mere A medical mistake, and unfortunately, the late Wael deceived himself, as many are deceived to this day by many doctors who brainwash people through hosting in medical programs that are left unchecked and unconnected.

Khaled Montaser added: “Wael El-Ibrashi resorted to Dr. (Sh), a liver and gastroenterologist, on the advice of a friend. The doctor made it easy for him and said that he had magic pills that he discovered that cured the most dangerous Covid in a week, and persuaded him to be treated at home so that the strange invention would not leak out. The hospital will not be able to do more for it, and he wrote the most amazing prescription in the history of medicine, the Corona dose is a large tablet and a small tablet daily!“.

Khaled Montaser indicated that he “continued: “The condition began to deteriorate, and the numbers began to rise madly, indicative of the devastating inflammation of the lungs and the beginning of the cytokine storm, which will end if we do not hurry to admit him to the hospital. fake, although the numbers ofC reactive protein and 244 2459ferritin 779 And LDH It has reached terrifying levels of altitude, indicating that complete respiratory failure from inflammation and fibrosis is inevitable“.

And he continued, “Doctor Shane continued to reassure him that this is a normal thing, and Wael remained for a week in that condition until he discovered that he had fallen victim to a fraud, and contacted the professors of the chest who worked hard, and entered Sheikh Zayed Hospital with a rate of pulmonary failure and fibrosis. Opinions conflicted between 60% to 90%. Disaster.. He did not answer the phones even though he was talking to me about any medical problems that occurred to him and his family, but it is fate, I discovered that disaster after entering the hospital. The doctors tried with great effort with respected chest professors for a year to fix the effects of the heinous crime he had committed This doctor is a lover of Shaw, who is heartless, without knowledge and without conscience, unfortunately.

He concluded: “This is the bloody story of deception that happened and still happens every day. The state must intervene to save the line of new victims who fall into the trap of medical advertising and medical cabarets that have become deceiving the simple and the elite. life jacket.”