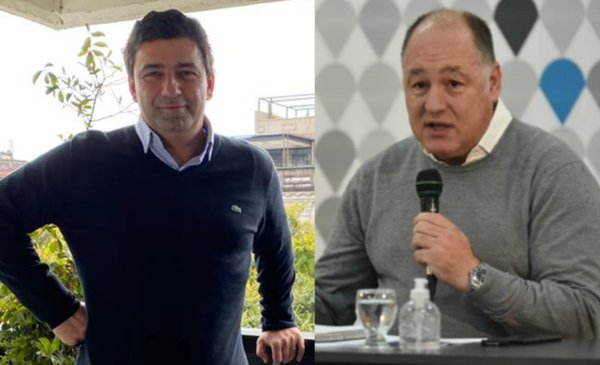 Today is a key day for the conformation of the 2021 political board. The deadline has arrived to register alliances in the electoral justice and it is also time to define the internal rules of the game of each coalition to compete in the primaries. High impact decisions in Together for Change, which this year is heading towards a momentous bid.

One of the points to be resolved before midnight is the incorporation or not of two poles, the GEN led by Margarita Stolbizer and Avanza Libertad by José Luis Espert, to broaden the spectrum of voters. The first is very close to agreeing and the second wants guarantees that he will be able to go with his own ballot to September.

The other decisive item is that each coalition of parties, such as JxC, has the power to establish its own rules for competition in the PASO. A central aspect to determine today is what percentage of votes the losers will need to place candidates on the final ballot. This percentage is called “flat” or “putting in the minority.”

For example, if within Together for Change, parties A, B and C are presented in primaries, the total of votes obtained by the three spaces is taken and the percentage of each one is measured. One of the three will win and the other two will need to get to the floor for their candidates to put the minority on the final ballot. If the threshold to be exceeded is 30% and party A obtains 45%, B 30% and C 25%, the list that will compete in the general elections will be composed in its first places with the figures of A, plus some from B, but representatives from C are left out.

Two specific cases. In August 2015, Héctor Gay (Pro) competed in the primaries against Roberto Ursino (UCR). As radicalism got few votes and did not reach the ground, the ballot of councilors that finally accompanied Gay in October only included their own and left out the radicals. Another example in Bahia was Unidad Ciudadana in the 2017 legislative elections, where the lists headed by Carlos Quiroga and Rodolfo Lopes were measured in August. There Quiroga prevailed, although Lopes did exceed the floor and in the final ballot they had to include the former mayor in fourth place, in addition to giving him boxes 8 and 12.

What is the relevance of that math this year? Together for Change is about to put a low floor of 20%, which would stimulate competition because it increases the chances of parties starting with a disadvantage in their districts.

Since it exists, Cambiemos would be the most permissive model chosen by the coalition partners. Until now, these internal rules had more demanding floors, of 30%, tending to make the dispute in primaries more difficult. Especially in 2017 and 2019 when there were yellow governments aligned in the Nation, Province and many important municipalities.

But today the Pro must ratify its supremacy within the coalition and found an obstacle: radicalism. So far quite underestimated, this time he pushed to go to the primary or to be given a greater role.

In the Province of Buenos Aires, unlike CABA where the coalition sealed the unit, there will almost certainly be competition between the Pro and the UCR in all sections, both national deputies and provincial legislators and councilors. Today there will be a new summit between party leaders to define the details.

The radical Facundo Manes is a competitive candidate against the likely yellow contender Diego Santilli, sent by Horacio Rodríguez Larreta. The neuroscientist looks at polls and does not see why he would have to give up the first position on the list on a JxC unit ballot, so he asks to compete in the PASO against the Buenos Aires deputy chief or that the number 1 of an eventual unique ballot is his.

If María Eugenia Vidal played in the Province, the indisputable face would have been her, but when she went to the City and annulled Patricia Bullrich, the Pro does not have outstanding Buenos Aires names.

With Manes as the spearhead, many radicals want to leave the role of subordinates and fight for more. However, there are others who are very pragmatic who understand that in many districts they do not have enough muscle to beat the Pro and that ultimately too many injured people would come out of that intern. Bahia would be a case.

Until last night, the strongest possibility was total competition. If confirmed, on September 12 the ballots headed by Adrián Jouglard from Pro and Emiliano Alvarez Porte from the UCR would face off in the line of Bahia councilors. Curious: it is the Secretary of Government and his undersecretary in the area of ​​Security. In the court of Buenos Aires deputies there are still no names, but the dance is about to begin.

Who will the other parties in the alliance support, such as the Civic Coalition, Republican Peronism and other satellites? At the local level there seems to be an inclination to go yellow, but the rankings will depend on the agreements above. The most concerned are the extra Pro who hold positions in the Municipality, because they assume that if they are forced to stand on their hands against the hosts of Gay they would be putting their places at risk. Nothing is safe at this hour.

What is clear is that it is a primary with the smell of 2023. Larreta has already twisted the wrist in the internal partisan to Bullrich and Mauricio Macri, but he can still stumble over the Manes-Martín Lousteau axis and leave the field open.

“The pelado won the battles at sea, see if he loses the landing,” says an observer with first-hand information. The Larreta-Lousteau pike comes from the elections in CABA of 2015, when the current head of the Buenos Aires government had to perspire until the ballottage to beat the former minister of Kirchnerism and today a senator for the UCR.

As for Bahia, Jouglard is a well-profiled leader for what is coming, a dialogist. And he has someone who will seat him at the table very small. There is still a lot of history to write.

Leaders of All for Bahia.

The Bahiense Front of All is no less restless but, having clear leadership in the Nation and Province, is waiting for the last meetings with the national shipowners to finish sharpening the pencil. For now, all expectations of occupying pigeon holes on the lists remain almost the same as last week.

In turn, behind hyperpolarization, two neighborhood spaces move their tokens. Everyone for Bahia, already without Leonardo Valente, will sign up to participate again. Its reference Sebastián Gómez, who is closely related to the Villarinense mayor and Carlos Bevilacqua, a neighbor, intends to close the list of candidates this week, perhaps tomorrow.

An option that played a leading role in the first decade of the 2000s will also return. Integración Ciudadana confirmed that it will sign up in the race and has even already defined the first three names on its list of councilors: María de los Angeles Rosón, Nicolás Marín and Vanesa Troncozo .

The other protagonist, of course, will be the Left Front, which usually grows in mid-term elections and will try to access a local bank for the first time.

One question is who will wear the Florencio Randazzo shirt. Radio silence. Although someone is always willing to be in the photo.

The minimum objective of the spaces with less scope will be to achieve 1.5% in September that will allow them to compete in the generals on November 14. The maximum, pierce the figure of 8.33% granted by a bench in the Deliberative Council.

There seems to be no place for third parties this year, but no races are lost before starting. 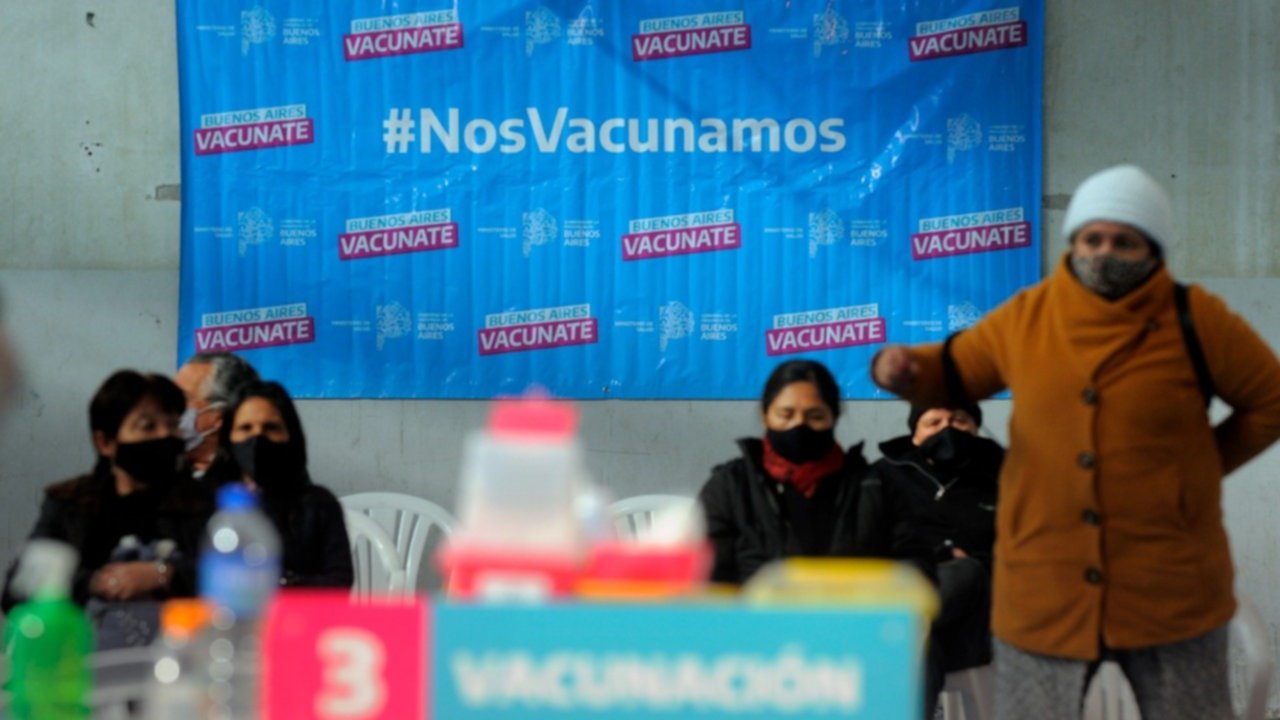 With the discussion about the phases turned off, at least for a time, thanks to the drop in the contagion curve and in the occupation of hospital beds, today much of the debate around the management of the pandemic once again focused on the detection of cases and vaccination. The policy also looks carefully at this data.

The positivity rate in Bahía Blanca, that is, the number of positives based on the tests carried out, is around 40%, a very high figure. The explanation sounds simple: most people swab when they have symptoms, but since last year different doctors have warned that the city needs to be raked in search of the countless asymptomatic patients to isolate them immediately, creating sanitary barriers.

It is a discussion that is going to regain strength in the coming days, because just as the second wave seems to be already foam, the threat of a third wave looms with the massive circulation of the fearsome delta variant, which for now only registers scattered cases in the country but that could spread in these winter holidays, where domestic tourism will have almost no restrictions. The second wave, it is worth remembering, began to take off after the Easter holidays.

A difference in favor compared to April is that there are more people vaccinated. In fact, at this time in Bahía Blanca and the rest of the Province, practically no one is vaccinated who does not want to. The first doses are free at all posts for those over 35 years of age, risk groups of any age, health personnel, security personnel and teachers.

A couple of facts about the local situation. 47.66% of the total population already have at least one dose and 12.59% with two doses. These are figures slightly above the national average, which stands at 44.05% and 11.08% respectively. In addition, last Wednesday was the record day for the number of applications in Bahia with almost 3,600 and the average for July remains high, above 2,800 daily vaccinations.

However, the third wave, inevitable according to most experts, could rage very close to the PASO elections. Three questions: If there is a peak on those days, will the calendar be maintained or is there still room for modifications? If the primaries are carried out at a time of rising infections, how much will the participation of the electorate drop? If the increase in cases hits hospitals and stages, how much will it affect the government at the polls?

They are dilemmas that will begin to flood the periscope of politics.