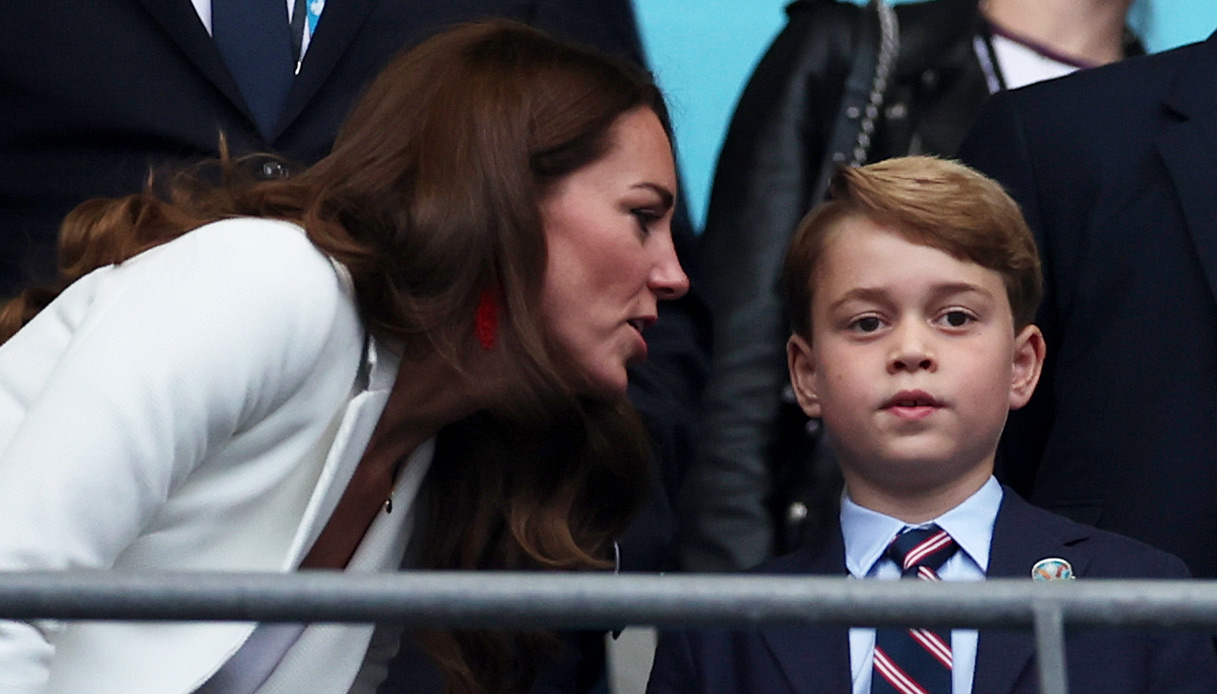 Kate Middleton at Euro 2020: memorable blazer and despair with George

Kate Middleton banned George from wearing the England shirt at the stadium during the Euro 2020 final with Italy. The Principino, however, seems not to have been too bad, consoling himself in dressing in a jacket and tie like dad William.

Baby George, 8 years old on 22 July, went to Wembley twice during Euro 2020 to cheer on England and on both occasions he showed up at the stadium fully dressed, with shirt, jacket and tie, as expected of the future British King. After all, even William, present in an official form at the matches of his national team, showed off the same outfit.

While Kate allowed herself more informal looks, first the red jacket and then the white blazer, both by Zara, paired with dark trousers. An outfit replicated by Mary of Denmark who, however, opted for a precious jacket by Alexander McQueen.

However, many fans of the Dukes of Cambridge have criticized the choice to dress George in such austere way, instead of making him proudly wear the England shirt that he surely owns since he was immortalized a few years ago by mother Kate with that shirt.

In any case, it seems that it was Lady Middleton to forbid the child to wear it at Wembley, because it does not conform to protocol. To reveal it, as reported by the Mirror, was Marion Bartoli, tennis star, who had tea with the Duchess before the final of the European Championships.

The tennis player confessed to BBC Radio 5 Live: “Yesterday I had afternoon tea with the Duchess and there was a real discussion about whether or not George can wear the England shirt. William agreed, but Kate wasn’t thrilled“. Evidently Lady Middleton got the better of her husband. And so George showed up for the second time at the stadium in a suit and tie.

The Principino, however, did not worry about it, in fact he was excited to dress exactly like his father, for whom he has a real admiration, as revealed by the expert on real issues, Duncan Larcombe.

“Prince William is George’s absolute hero. He thinks his father is the most perfect person on the planet. William would normally never take him to the game because he was an official outing as president of the FA, but George literally begged him to take him with him. Kate and William try never to unnecessarily expose the children to the cameras, but in the end they gave in ”.

Larcombe continues: “George idolizes his father. That’s why we saw him so elegant in his suit: he really wanted to dress like William ”.

So George went to Wembley but only when Kate was there too. In this way, William was free to carry out his duties, while the Duchess could look after him.