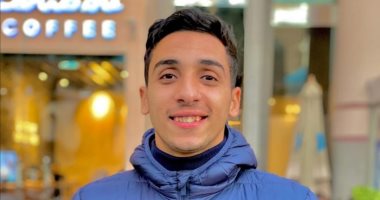 A source close to Karim Fouad, the back of Ayman Al-Nujoum and loaned to Enppi, revealed that the player adheres to moving to Al-Ahly Club, rejecting the financial temptations of the Pyramids Club, stressing that the player’s desire is to wear the red club shirt, which was a dream for him since his childhood.

The source said, in statements to “The Seventh Day”, that the player informed Zamalek officials who opened negotiations with him during the past days of his desire to move to Al-Ahly Club, explaining at the same time his great respect for the White Club.

Enppi Club withdrew from the deal to buy Karim Fouad, the star player loaned to the Petroleum Club, by declaring his inability to activate the clause that allows him to buy the player in return for a payment of 15 million pounds at the end of the period specified for him to buy the player.

A source in Enppi said that the club’s withdrawal from the deal, due to the club’s policy of rationalizing expenses and not paying any large sums to buy players from outside the club, while relying on the support of the team, through the junior sector, which includes a number of talents that need the opportunity.

The source added that the player has a desire not to continue in the ranks of Enppi, given his desire to move to Al-Ahly next season, in light of the ongoing negotiations between the Al-Ahly administration and the Al-Nujoum Club regarding the inclusion of the player next season; To strengthen the right front of the red team.

Enppi’s withdrawal from the deal will make it easier for Al-Ahly Club in its negotiations with Al-Nujoum Club to complete the deal and permanently include Karim Fouad.

Al-Ahly club officials have come a long way towards completing the Karim Fouad deal, after agreeing with the player on all the details, as well as agreeing with him not to sign contracts with any other club.

Al-Ahly’s desire to include Karim Fouad comes in light of the varying level of Mohamed Hani, while the player presents strong offers, but he is out of service in some matches, in addition to his many injuries that made him miss for large periods.

It is worth noting that the 22-year-old player moved from the Future Stars team in the second division, on loan to Enppi, with the loan period ending at the beginning of July 2021.