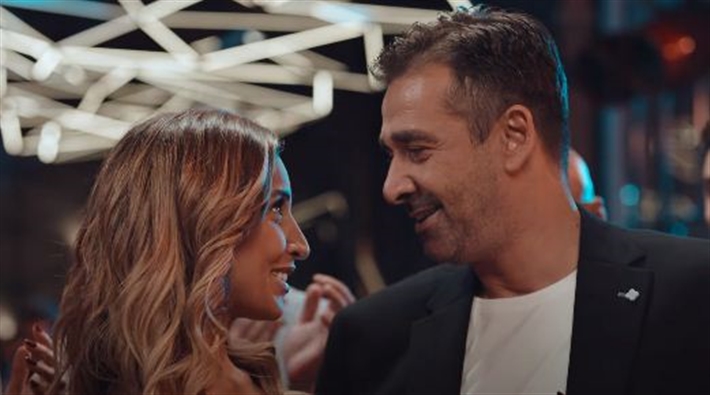 The company producing the movie “Some Do Not Go to the Authorized Twice” has unveiled the teaser promo of the movie starring Karim Abdel Aziz.

In the following lines, notes are made on the film’s teaser promo in preparation for its release in cinemas next July 7:

We recommend to you: the first pictures from Mohamed Ali Rizk’s wedding

1- Karim Abdel Aziz appeared at the beginning of the promo, congratulating Dina El-Sherbiny on their fifth wedding anniversary.

2- Karim Abdel Aziz embodies the role of a famous broadcaster, and Dina El-Sherbiny is a marital relations expert, Majed El-Kadwany plays the role of a lawyer specializing in divorce.

4- The promo noted that Bayoumi Fouad’s role is incomprehensible in the film, but comedy overcame his scenes.

5- Karim Abdel Aziz appeared in a clip of the promo in a different block, similar to the artist Suleiman Eid.

The movie “Some Don’t Go to the Authorized Twice” starring Karim Abdel Aziz, Majed El-Kadwany, Dina El-Sherbiny, Bayoumi Fouad, Mohamed Tharwat, and a large group of guests of honor, written by Ayman Wattar, directed by Ahmed El-Gendy, and produced by “Oscar for Distribution and Theaters” by producers Louay Abdullah and Wael Abdullah

The film discusses the social issues related to marriage in a comic framework through a media personality who works to reveal the facts through disguise. This idea is one of the encouraging factors to watch the movie, at a time when the Corona outbreak and the audience became surrounded by bad news from all sides, the need for this type of business is great. Which delights viewers and satisfies most tastes.

The daughter of Al-Ahly star who ate worms and spiders in a competition … Information you do not know about Basant Shawky, the bride of the artistic community

Simple looks for the bride and the stars and a headdress for Basant Shawky..8 Notes on her wedding to Mohamed Farraj

A dream of watching Al-Rihani on stage and Al-Qasry caused him to contract him in his life, and this character was dubbed into the cartoon “Toy Story” … Stations from the life of Muhammad Awad

Tariq Lutfi: I cursed a lot because of the series “Cairo Kabul” (video)