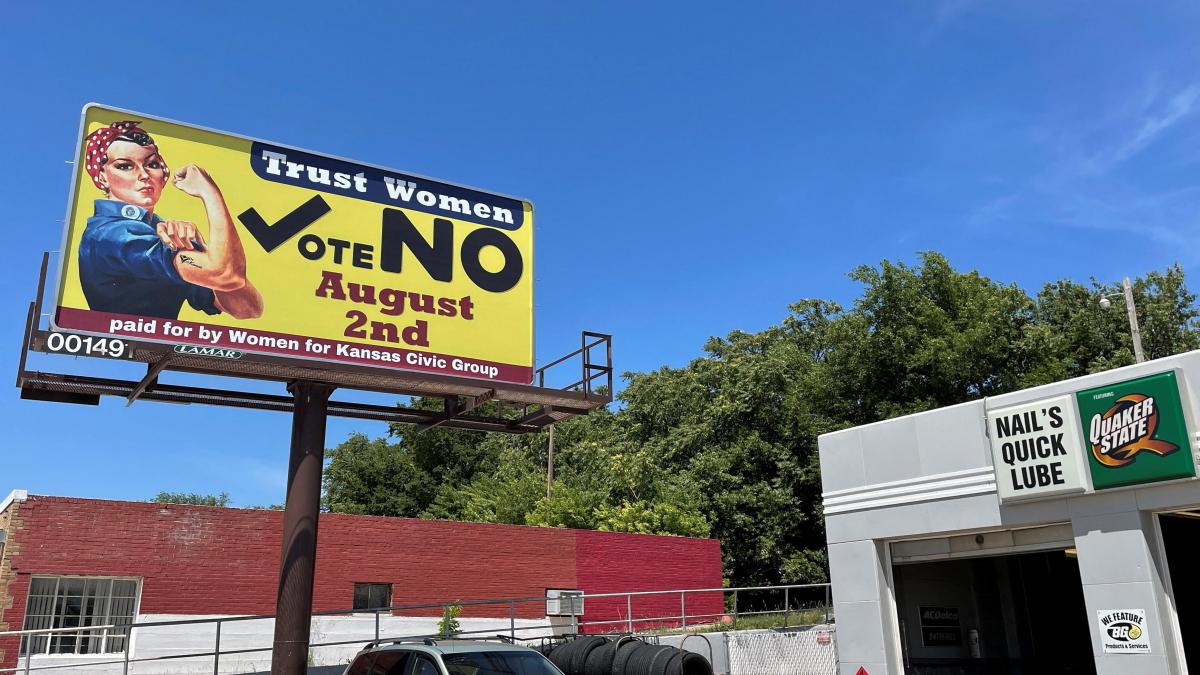 Kansas becomes the first state to bring abortion to the polls

The result will echo throughout the country. Kansas becomes a post-Roe v. Wade.

It is the first state to put the abortion issue to a referendum today after the Supreme Court abolished in June the national right to terminate pregnancy that the same court established half a century ago with its ruling in the Roe case.

Citizens will go to the polls to decide whether to ratify a constitutional amendment that would expand restrictions on abortion to the point of making it very difficult or a virtual ban on the procedure.

Enemies of abortion rights drafted their amendment following the 2019 decision of the Kansas Supreme Court, which upheld that the state constitution protected abortion rights. The amendment declares that this right does not exist in that legal text, so the chamber has the capacity to intervene.

The result will serve as an indication for Democrats of how far the abortion issue can motivate their voters and lead them to participate in the legislative elections next November. Control of the federal legislative chambers, among many other state offices and gubernatorial positions, are at stake in the fall midterm elections.

In the midst of a context of unpopularity in the White House and mistrust of President Joe Biden, according to polls, which give the Republicans a victory, liberals consider that appealing for the right to abortion will be an element of mobilization for their electorate.

See also  Protest action against US Democrats: Florida sends migrants to the island

According to some data, the early vote had grown by 203% in relation to the mid-term elections of 2018

Analysts point out that there is no greater reason to vote in the postmodern politics of the United States than anger and anger against the other. Conservatives, enraged at the Biden Administration, have injected a burst of energy into their voters, resorting mostly to inflation and price gouging.

But the Supreme Court ruling makes it easier for Democrats to also use indignation to mobilize discouraged bases.

Data from the Kansas secretary of state indicated yesterday that early voting had grown 203% compared to the 2018 midterm elections.

If the amendment wins yes, this will give Republicans, who dominate the state House, the ability to impose measures that could ban abortion even in cases of rape, incest or danger to the life of the mother.

Republicans called the referendum on the same day as the parties’ primaries. They thought that given the discouragement of the Democrats, they would not go to the polls, which gave them an advantage. But then the high court burst in, which has caused a change in the landscape. This is a tidal wave effect, activists in favor of women’s right to decide stressed.

Kansas is surrounded by states that have almost banned abortion

The tension has surfaced, with the appearance of informative posters for and against the right to abortion in the gardens of the houses, with acts of theft of propaganda and vandalism.

Despite having a Democratic governor (Laura Kelly) since 2019, Kansas is a red state, that is, conservative. Abortion advocates (a does not mean safeguarding current rights) are campaigning in a state that twice gave its support to Donald Trump, who is directly responsible for this situation by placing three magistrates who tipped the balance towards the most extreme religious groups. Kansas hasn’t voted for a Democratic president in more than 50 years.

But this test is also seen as the last chance for women’s hopes. Kansas is surrounded by states that have almost banned abortion, such as Oklahoma or Missouri, or will proceed to do so in the coming months, such as Iowa or Nebraska. Patients from those states are now crossing the border and flocking to clinics in Kansas.