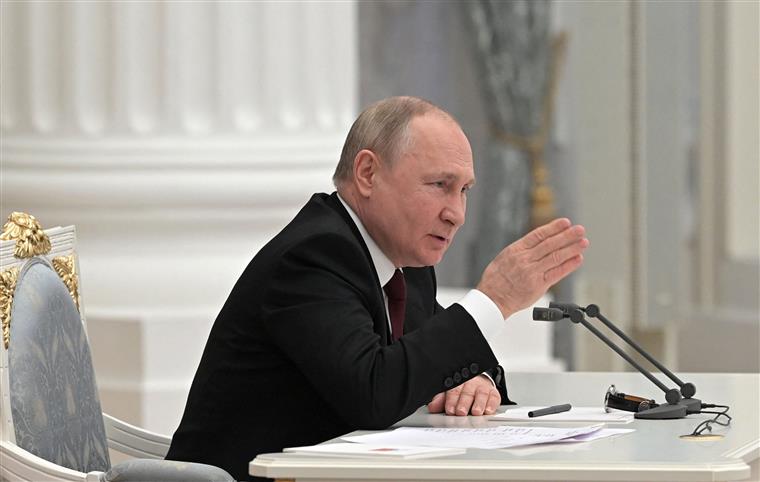 
European leaders are desperately trying to defuse tensions with the Kremlin over Kaliningrad, a Russian enclave between Lithuania and Poland. Vladimir Putin’s regime has threatened to retaliate by blocking the shipment of European-sanctioned goods through Lithuania. And the European Union has tried to shield its member state, defending that these are not unilateral measures, that Vilnus is simply following instructions from Brussels.

At the same time, behind the scenes, European leaders have been telling the Politician that perhaps Lithuania – a former Soviet republic, which, like the other Baltic countries, has asked for a tougher stance against Russia, being naturally afraid of its neighbor – is be more papist than the pope, as the popular saying goes. And that “certain Baltic countries took the opportunity to increase the pressure”, admitted a top Brussels official this Thursday.

But, after all, why does Russia have a piece of territory so far from it, with about a million inhabitants, surrounded by other countries, on the shores of the Baltic? It’s a long story, dating back to World War II and the famous Potsdam conference between Stalin, Harry Truman and Winston Churchill in 1945, which would kick-off what would become the Cold War.

The Soviet Union, so desirous of a Baltic port that would not be blocked by ice in winter, clung to Königsberg, which it later renamed Kaliningrad in honor of Mikhail Kalinin. He was one of the few veteran Bolshevik leaders of the October revolution who survived Stalin’s purges, remaining head of state, but always silent and loyal to the General Secretary of the Communist Party. To the point of allowing his wife to be arrested and tortured, accused of Trotskyism for opposing Stalin.

The Soviets were left with an ancient German city in their hands, cradle of people of the stature of the philosopher Immanuel Kant, where Prussian kings had been crowned for centuries, as it was the headquarters of the Teutonic Order, the embryo of Prussia, which in turn would instead be the base of imperial Germany. Even today, in the same way that something Portuguese is called “luso”, something related to Germany is called “Teuto”.

With Königsberg, now Kaliningrad, came a mostly German population, something Stalin knew could get in trouble. Hence, an aggressive Russification campaign began, sending citizens from the rest of the Soviet Union, especially Russians, to Kaliningrad to rebuild this territory. And expelling almost the entire German population, trying to erase any traces of their cultural heritage.

The result was the creation of a sort of “unsinkable aircraft carrier in the Baltic Sea” for Putin, wrote Paul Goble, a former diplomat and CIA agent, now a professor at the Institute of World Politics, in an article published in the Eurasia Review. Of course, if the Iskander missiles – capable of carrying nuclear warheads – placed in Kaliningrad threaten Europe, as well as the Russian Baltic fleet, which has its headquarters here, at the same time this territory is always at risk that the Lithuania and Poland cut off land access to the rest of Russia. In that scenario, the only route left would be the Suwawki corridor, a narrow strip that stretches over 70km, leading to Belarus, a close ally of the Kremlin.

The Putin regime is well aware of this. As such, since 2014, when it annexed Crimeira and sent troops to support the separatists from the Donbass, which has been focusing on making Kaliningrad autonomous from Poland and Lithuania, developing power plants and agriculture in this enclave, in addition to strengthening air links and shipping to the rest of the Russian Federation. Of course, many goods continued to go by rail, through Lithuania. That is why this country’s block on the passage of Russian goods sanctioned by the European Union, such as coal, metals, construction materials or advanced technology, irritates the Kremlin. It certainly did not like to see the population of Kaliningrad flock to supermarkets as soon as the blockade was announced, fearing shortages.

The Suwawki corridor is a huge concern for the West. In the event of an eventual confrontation between NATO and the Kremlin, this is considered the most likely first point of contact when it comes to conventional warfare. This strip of territory would earn the nickname “NATO’s Achilles’ heel”, since, if taken by the Russians, it would isolate the Baltic States – Lithuania, Latvia and Estonia – from the rest of the alliance, allowing Russia to take these countries more peacefully. .

However, Lithuania, faced with threats from the Kremlin, is already preparing for the risk that the Russian regime will disconnect it from the regional power grid, Reuters advanced. Given that, despite the fact that it has been thirty years since the end of the Soviet Union, the Baltic States still rely heavily on the Russian electricity grid to provide some of their energy.

The luck of Lithuania is to have installed an electrical connection to Poland last year, with a guarantee in case this happens, in order to avoid blackouts, at least temporarily. And a European project is already underway to disconnect the Lithuanian electricity grid in Russia and Belarus, valued at 1.6 billion, but which should only be completed in 2025.