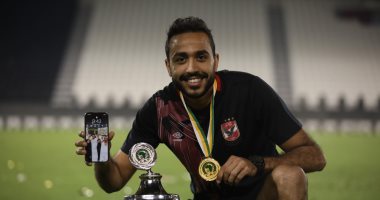 Mahmoud Abdel-Moneim Kahraba, the playmaker of the first football team in Al-Ahly Club, went to Beirut, the capital of Lebanon, to spend the vacation period he had obtained, just two hours after announcing that he had suffered an accident that resulted in his car being crushed.

Kahraba was involved in a traffic accident in which his car was smashed yesterday, Friday morning, and the player posted a picture through his personal account on the Instagram website that showed the extent of the damage his car had suffered, and commented: “God’s destiny and what He wills he did .. Praise be to God for everything.” And only two hours later the player left Cairo, heading to Beirut, specifically at five o’clock yesterday evening, Friday, to spend the vacation period he took.

Al-Ahly is scheduled to resume its training at Al-Touch Stadium on the island next Thursday, after the end of the scheduled negative rest, and Al-Ahly is preparing to face Esperance of Tunisia on June 19, in the first leg of the semi-finals of the African Champions League..

Al-Ahly had tied 2-2 in a friendly match with Misr Insurance, in the match that was held the day before yesterday, Thursday, at Al-Teach Stadium on the island..