The private companies requested through a precautionary measure that they be authorized to carry out an increase in the 9,77% on quotas, which arose as a consequence of adding 3,59% of the difference between what is authorized by successive resolutions (which totals 25,52%) and the 30% recognized in the October 2020 technical report, prepared by the technical cadres of the Superintendency of Health Services; and a 6,18%, what was the “Higher cost” resulting from the reopening of the joint venture.

The companies had ensured that the adjustment would be applied with “Provisional character” already account for future increases authorized by the national government. “The additional increase requested is based on variations in the cost structure and reasonable actuarial risk calculation”they argued.

In addition, the companies argued that the “Arrears of fees endangered the health system” in the middle of the pandemic, and that “It was particularly serious in the context of the health emergency”, affecting not only prepaid medicine companies, but also affiliates, workers and providers and, ultimately, the entire national health system ”.

The Ministry of Health, for its part, assured that the companies “They made a biased and arbitrary interpretation” of the technical report to define the increases and remarked that “It is not feasible to review by judicial means” the power to establish quota increases.

“The precautionary measure sought (by private parties) would affect the public interest, while not only the beneficiaries of the health system who contribute to the private system, but also the rest of the citizens, because if they migrate to the health system, public health in this health moment traversed by the Covid-19 pandemic, access and care would be compromised, ”said the Ministry’s lawyers.

In this context, Judge Cayssials rejected the increase in the 9,77% and considered that if he fully accepts the precautionary “They would be interfering with their own and private powers” of another power of the State and that it does not correspond to the Judicial Power to establish the value of the prepayments. “It is an exclusive spring of the administrative power”, he pointed out in the sentence to which he agreed Ambit.

However, the head of the Federal Administrative Contentious Court No. 7 also clarified that the current legal framework enables the analysis of the “Validity of the acts of the State organs and allows the judges, in the face of specific proposals from the interested party, to verify compliance” of the Government measures and in that line objected to the resolutions that suspended the increases because “They do not guarantee the reasonableness of the fees.” 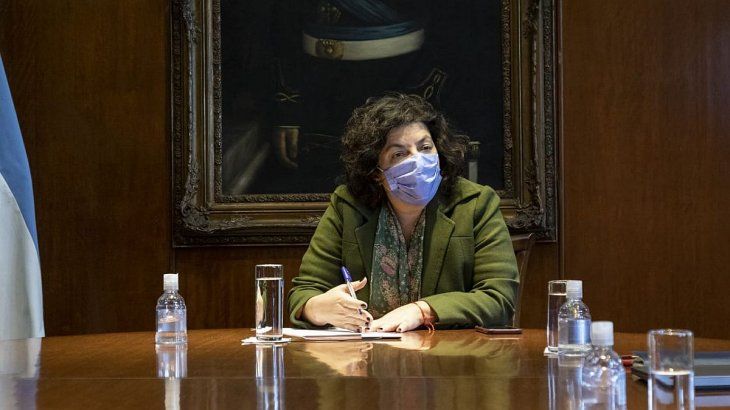 Ministry of Health of the Nation

The magistrate partially accepted the precautionary measure without granting the increases, rejected resolutions 1787/20 (article 1) and 2988/20 of the Ministry of Health, which annulled the adjustments and ordered that his decision remain in force to avoid serious damage. “It is granted until the proposal made by the actor companies is resolved. That is, what is requested before this court is not aimed at guaranteeing the effectiveness of a sentence, but that of a pending administrative act, in the event that the pertinent administrative body accepts what is intended by the administered; thus, the suspension arranged in the case ofThis is due to the actions of the Administration and the diligence of the body in resolving this administrative appeal ”, he justified.