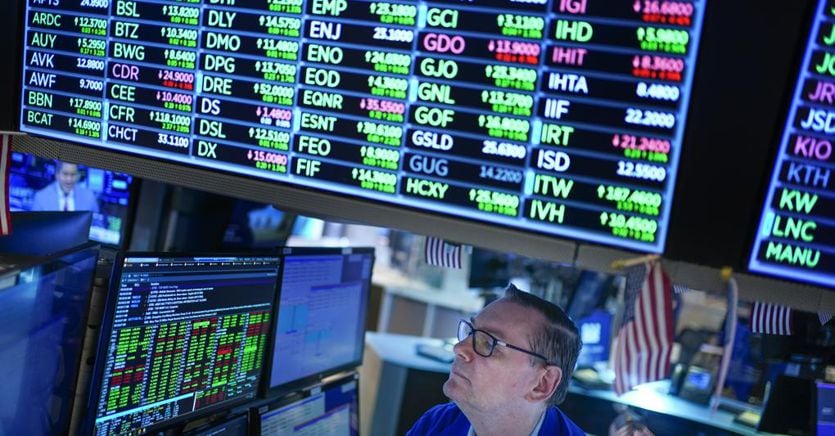 July of redemption for the European stock exchanges. The quarterly reports push Milan: + 5.2% in the month

In the last session, the quarterly reports drive Piazza Affari

Therefore, a positive closing for the European stock exchanges in the last session of July, a month that showed a decisive redemption for the continental lists. Equity markets were buoyed by the quarterly reports and by positive signals from Pil of the euro area, even if theinflation on both sides of the Atlantic it remains high. In Piazza Affari, the FTSE MIB ended the session of 29 July at the top of the main lists of the Old Continent, thus bringing its monthly balance at + 5.2%. Paris (CAC 40), Frankfurt (DAX 30) and London (FT-SE 100) also gain positions. In the eurozone, GDP recorded + 0.7% in the quarter and + 4% on the year, while Italy saw an acceleration to + 1% in the second quarter and 4.6% annually. In terms of consumer prices, inflation in our country fell to 7.9% in July, from a record + 8% in June, with the decline in energy goods. Meanwhile, on the eve it emerged that the United States is in recession technical: the first reading of second quarter GDP, in fact, showed that the US economy contracted by 0.9%, after the 1.6% decline recorded in the first quarter. Also overseas, PCE inflation (the Federal Reserve’s preferred measure) jumped 6.8% in June, compared to a year ago and 1% from May, marking the largest monthly rise since February 1981. In this picture, however, too Wall Street closed the session up. The Dow Jones climbed 0.97% to 3,2843.55 points, the Nasdaq advanced by 1.85% to 12,388.02 points while the S&P 500 posted a progress of 1.41% to 4,129.69. points.

In Milan, the accounts of the large companies were the protagonists in the session of 29 July: Eni saw net profit jump to 3.8 billion in the quarter and 7.4 billion in the six months, while Webuild returned to profit with a profit of 64 million. Mediobanca and A2a also rose after their respective accounts, while Nexi lost positions. Saipem and Interpump Group up. The worst was Leonardo – Finmeccanica, with analysts who, while speaking of results in line with expectations, remained tepid due to the absence of positive surprises and the guidance on orders unchanged despite a maxi contract in Poland. On the other hand, Moncler’s run continues, back from + 8% on the eve in the wake of the accounts. In general, the auto and banking sectors also performed well on the Ftse Mib.

In the second quarter of 2022, Istat estimates that the gross domestic product, expressed in chain-linked values ​​with the reference year 2015, corrected for calendar effects and seasonally adjusted, increased by 1% compared to the previous quarter and by 4.6% in trend terms. This can be read in the preliminary estimate released by the Institute of Statistics. In the first quarter of the year, GDP recorded an increase of +0.1 percent.

Wall Street moves uncertainly, with Dow Jones more cautious when the Nasdaq and S & P500 are above par. Investors on the one hand are encouraged by the positive quarterly results of two of the largest stocks in the market, Amazon e Apple, and the US oil giants. The positive earnings of 74% of companies that posted earnings reinforce the idea that many companies are still able to meet, or beat, sales estimates even in a context of high inflation and economic slowdown. However, the macro environment remains complex: the Federal Reserve’s preferred indicator for measuring inflation, the PCE index, jumped 6.8% in June, the highest level recorded in 12 months, for over 40 years. The index has risen 1% since May, posting the largest monthly rise since February 1981. Economic data comes after the first reading of second-quarter GDP showed that the US economy contracted by 0.9. %, after falling by 1.6% during the first quarter; a second consecutive contraction that economists have called a “technical recession.”

See also  Urgent| Gold loses its balance and falls again.. I know how much