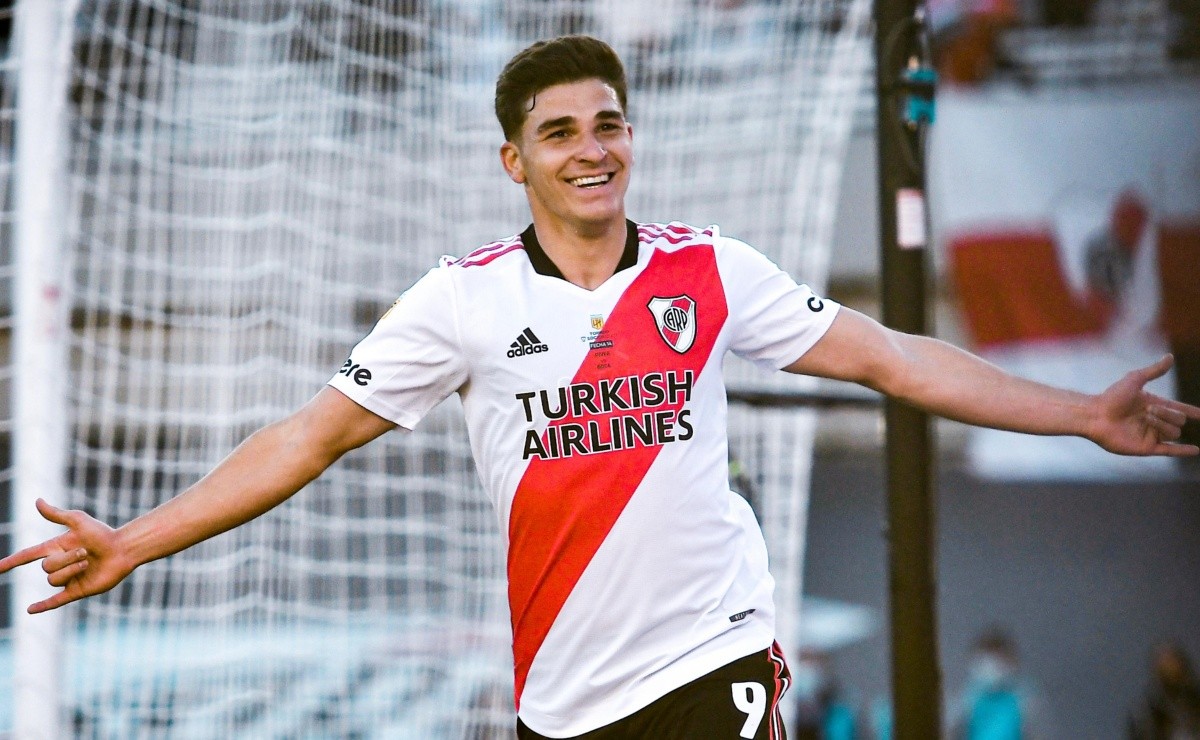 La Araña was chosen by the majority of the votes in the poll by the Uruguayan newspaper El País and won this award for the first time.

There are almost no words left to describe him but he goes on and on making history. Even the last day of the best year of his career, Julian Alvarez is put on everyone’s lips. The Guardian newspaper put him among the 50 most valuable players in the world, the IFFHS (International Federation of Statistics and Football) put him as a substitute in the ideal team of the year, he was the top scorer in the Professional League and he got into the top 5 of scorers of the Gallardo era. Those were some of the achievements of the Spider this year and today he added one more: being the best player on the continent.

The Calchín native was nominated in the survey carried out year after year by the prestigious Uruguayan newspaper El País to choose the best player in America during the last calendar year and It was Álvarez who won the award with 28% of the votes of the journalists who participated (33 of them were from Argentina) to choose the winner. Which players did he beat? Gabigol (Flemish, 21% of votes), Gustavo Gómez (Palmeiras, 14%), Hulk (Atlético Mineiro, 13%) and Giorgian de Arrascaeta (Flemish, 5.5%).

He is the fourth River player to win the award since Gallardo took over the reins of the club in 2014: they had already won it Teófilo Gutiérrez in 2014, Carlos Sánchez in 2015 and Pity Martínez in 2018. In addition, he also became the youngest footballer to win it since he got it. Neymar in 2012 (Ney was 20 years old at the time and today Julian is 2021, so he was below him in the table).

The awards gala will be in the month of February and there the Cordovan will go up on stage to receive the so precious award in front of the eyes of the whole world. Its present is spectacular and its future is even more auspicious, that is why in River they light candles so that none of the European giants that have it in the pipeline, such as Manchester United and Milan, come close to the number of the termination clause and it carry. But of course, the level and the goals of Álvarez are beginning to be too small for Argentine football.

El Muñeco was nominated for best coach in America for the fourth time in a row and could make history if he received the award this year (no one had ever won it four times in a row) but finally the journalists’ vote gave Abel Ferreira, champion coach of the Copa Libertadores with Palmeiras. The difference between the two was just six votes.

See also  "A player like Kasatkina can't teach me anything"