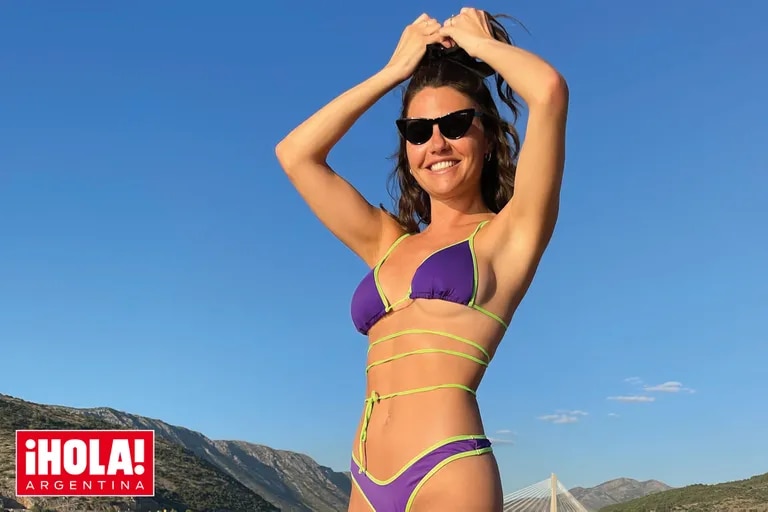 Jujuy Jiménez shares with us the best photos of his vacations in the European summer: sun, beach and fun

At the beginning of July, Sofia “Jujuy” Jimenez (31) traveled to the other side of the Atlantic to enjoy a vacation in which, in addition to taking advantage of the European summer, going out with friends and meeting people, she embarked on a new path of self-knowledge and self-sufficiency that makes her happy. The trip began on the 1st of last month in Barcelona, ​​where she celebrated the birthday of her best friend, Alejo Lizzi. Later, with the same group, she spent a weekend at Pride in Madrid which, according to what she described to HELLO! Argentina, “It was spectacular”. And, to crown the most festive stage of the journey, the model and her friends went to Mallorca, Ibiza and Formentera, fashionable destinations among Argentine celebrities. “It was a lot of fun, it was a lot of fun with them,” said Jujuy. But then, her trip took a 180 degree turn when she started moving on her own, and Menorca became her first destination.

“At first it was quite hard because of the nerves of being without company. The same thing had happened to me at the time, when in 2018 I went to California on my own and I even dared to drive,” the driver told us. “Here they gave me those nerves to say: ‘Oh, and now what?’. But luckily and thank God, everything fell into place, I met amazing people. That is also what traveling alone is about, it has like that thing of constant self-knowledge, you live situations in which you have to make decisions for yourself, ”she remarked. In that sense, she confessed how her mood changes in the middle of this journey: “Suddenly, I grab the car, put on music and cry somewhere while laughing at the same time. I love it because I feel that it is a great moment with myself, it is a gift that I am giving myself after so many years of work and dedication”.

So far, after passing through Spain and Italy, the destination that has had the most impact on her is Croatia. “He flashed me hard, he has incredible energy. The people are very special, the Croatians are divine, very good vibes, total bombs,” Jiménez said. Throughout August, she plans to tour France, whose favorite destinations to visit for the first time will be Paris and the Côte d’Azur and – perhaps – Greece. Meanwhile, she continues to analyze an interesting job offer that awaits her in Argentina: a new Telefe reality show with which she has not yet closed a contract, but which she does not rule out at all. “It would be in September, so I would arrive just to record it. I can’t confirm yet,” she revealed. Is there room for a summer love? “I’m still single, I’m fine like this,” concluded Jujuy, who separated from the polo player Bautista Bello in April.