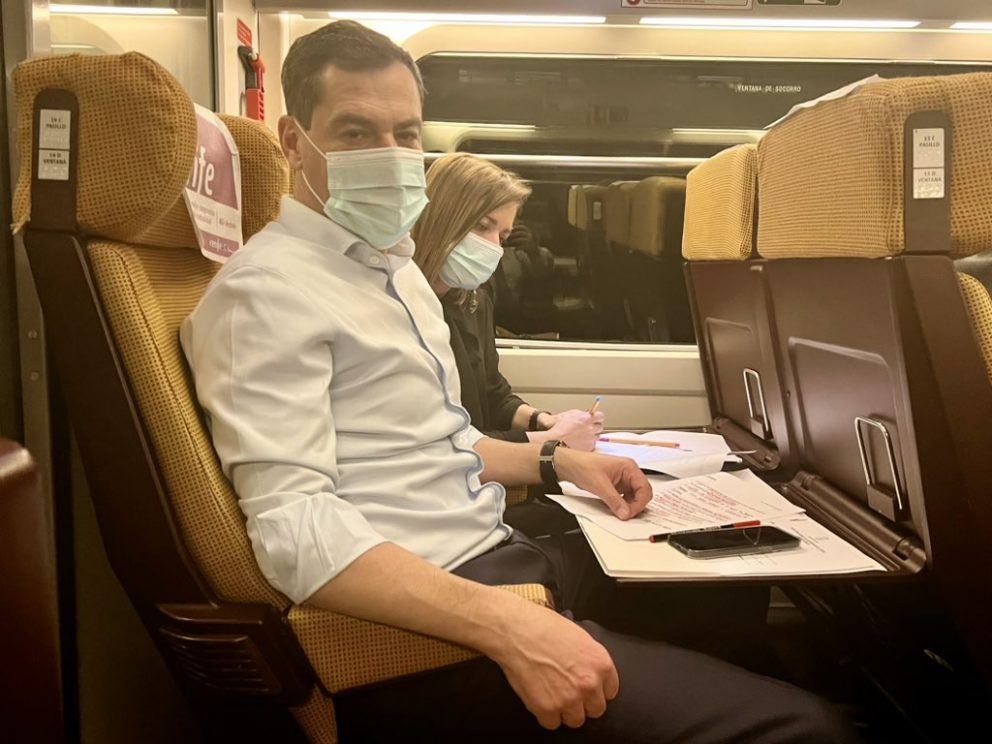 Juanma Morenopresident of the Junta de Andalucía, has been trapped in AVE on his journey Sevilla a Madrid this Tuesday and did not arrive on time for a gala that was held at the opening of Fitur. As you may have learned OKDIARY Andalusia, Moreno, who had planned to leave Santa Justa at 4:13 p.m., ended up leaving around 6:25 p.m. to be blocked between 9:00 p.m. and 11:00 p.m., approximately. After being trapped in the double convoy, with 400 more passengers, Moreno was unable to attend the event.

The fault detected in the electrical system of the railway infrastructure between La Sagra and Mora and Orgaz (Toledo) This is what is affecting the train connections between Andalusia and Madrid in the last few hours. The train in which Moreno was traveling left more than two hours late, at 6:25 p.m., and stopped at around 9:00 p.m., remaining immobile for almost two hours and arriving in Madrid after 11:00 p.m.: 30 pm (if nothing changes at the time these lines are written), five hours later than expected. “We are supposed to be at the point where the catenary has fallen, but two trains that were coming from behind us have passed us while we are stopped,” said sources present on the blocked train.

«Today Andalusia celebrates at #Fitur2023 a gala with some of our best talents. I came with enthusiasm to accompany them but I am, like thousands of people, trapped in the AVE», The president has pointed out on his social networks.

Today Andalusia celebrates in #Fitur2023 a gala with some of our best talents. I went with enthusiasm to accompany them but I am, like thousands of people, trapped on the AVE. 😓

Thanks to @manuelcarrasco_ for putting music and voice on it, yeah @Borisizaguirre for conducting the act. pic.twitter.com/2XyzVdq6CB

See also  Marilyn Monroe made many men rich while she was poor: "She didn't even have enough for a decent funeral" | People

The Minister of Tourism, Culture and Sports of the Junta de Andalucía, Arturo Bernal, he has spearheaded the opening of the aforementioned act in Madrid instead.

The latest in Spain