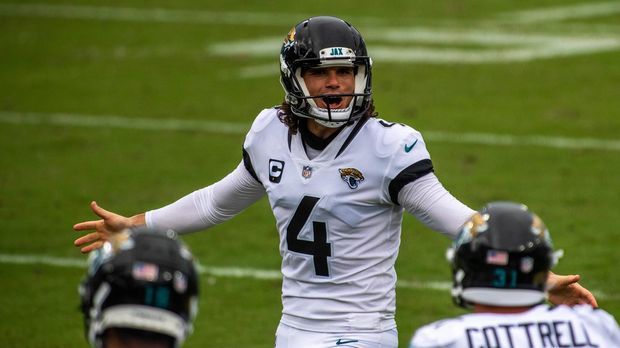 Josh Lambo faces charges after being kicked out

JACKSONVILLE – Former kicker Josh Lambo has filed a lawsuit against the Jacksonville Jaguars.

Lambo is demanding his salary of 3.5 million euros from 2021 and additional compensation for emotional distress. The letter states that Lambo’s performance suffered because he was kicked and insulted by ex-coach Urban Meyer.

The lawsuit also alleges that Meyer and the Jaguars created a hostile work environment. Lambo was fired when he reported the incidents, and the Jaguars violated a Florida labor law designed to protect whistleblowers.

Meyer: “I’ll kick you when I want”

Lambo missed a field goal attempt in each of the first two preseason games and was “addressed” by his head coach before the final test game against the Dallas Cowboys.

Meyer, 57, reportedly kicked his kicker in the leg, prompting him to take his “damn” kicks. When Lambo told his coach he would never kick him again, he replied: “I’m the coach in charge. I’ll kick you whenever I want.”

The kicker immediately reported the incident to his agent, who contacted the Jaguars directly the day after Meyer’s kick. Lambo was immediately offered an interview, the Jaguars confirmed in a report by the Tampa Bay Times, which publicized the incident in December. However, Lambo said he had “no recollection of being able to speak to the Jaguars’ lawyers”.

Shortly after the December incident was made public, Meyer was fired. In the run-up to his dismissal, however, he denied that the incident with Lambo had taken place.

Lambo only player to be sacked at Jaguars

The lawsuit also states that the incident affected Lambo’s sleep and on-field performance. On October 19, the Jaguars fired him.

“Several talented players made mistakes on the field that caused the Jaguars to lose. But Lambo, who resisted Meyer’s actions, was the only player released by Meyer and the Jaguars,” reads the the lawsuit.

Alongside the lawsuit, there is also a desire to document communications between Jaguars employees who, according to reports, were also insulted and treated unprofessionally by Meyer. In addition, Meyer’s expulsion and the documents that give his verbal dealings with employees and the team as a reason should also be examined.