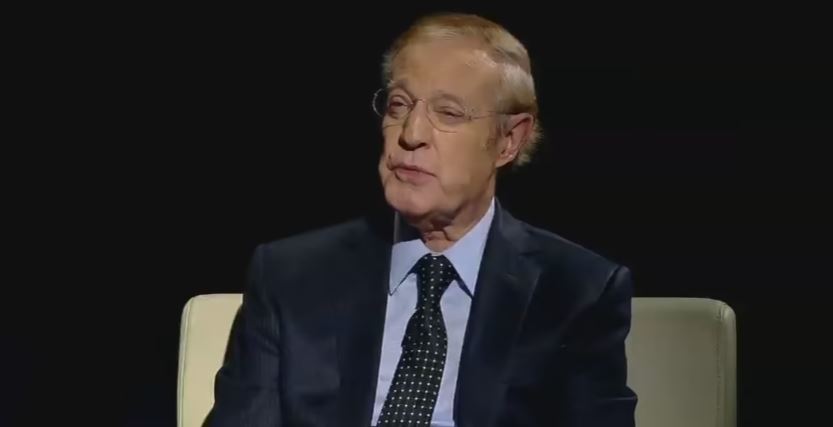 José Ramón Fernández has always been one of the greatest critics of Televisa. In particular, the sports communicator has emphasized the influence that this company has on Mexican soccer. For this reason, in 2008 he was surprised to see him as a guest at Pointa political analysis program that was hosted by Denise Maerker. The context deserved it: Hugo Sánchez had been fired from his position as coach of the Mexican team after the failure in the Carson Preolympic.

To try to understand the tricolor phenomenon, Maerker designed an unprecedented table: José Ramón Fernández, Javier Alarcon —at that time head of sports for Televisa— and the writer Carlos Monsivais. The discussion began centered on Hugo Sánchez and the ego that usually characterizes the Penta. In this regard, Javier Alarcón said that Hugo had fallen into a “not malicious arrogance.” The phrase caught the attention of Jose Ramón, who ironically said: “That phrase is to keep it: ‘arrogance not malicious'”. Fernández delved into the criticism of Hugo, whom he accused of requesting the dismissal of journalists in his time as a player.

“His arrogance and his advisers are so bad that they have filled him with flattery. Hugo persecuted his detractors, persecuted the untamed journalists who spoke of him. He was looking for them to be kicked out. He is not prepared to accept criticism,” said Joseph about the former Real Madrid player. At that time, Fernández no longer worked at TV Azteca — he had signed a year before with ESPN —, but he kept intact his critical tone towards Televisa. “The Mexican team is almost always an inflated soccer team, which never wins anything: And we are giving and giving with terrible campaigns of jingoism. And people say: what’s up? weren’t we so good and had ten players in Europe?’“.

Alarcón focused his analysis on the ability of Mexican soccer managers. “I insist on the issue of managers. It will be necessary to work in the long term. Those who are successful do not do it any other way. Here we change a lot”. To which José Ramón replied: “But, Javier, we have been working for 60 years. Tell me if it’s not long term. We will leave this world and we will not see Mexico champion“.

One of the most tense points of the conversation came when the promotional excesses that always accompany the Mexican team were discussed. Javier Alarcón could not help accepting it: “Yes, I think there are very obvious excesses. The sale of the product is not really as much as it is advertised.” Although at other times in the conversation he pointed out that the selection is “Like a mother to Mexicans”. José Ramón recalled a campaign that Televisa Deportes had promoted a year before in the Copa América: “Let’s go to the conquest of America! Javier, let’s go to the conquest of America! Now we beat them!” Fernández exclaimed. Alarcón, with a serious face, said that those phrases were “commercial hooks.”

The humorous tone of the conversation was provided by Monsivais who, with his unmistakable touch of humor, emphasized that he did not know about soccer and that he did not even understand why he had been invited. “I’m doing a great job here and I’m also not interested (the subject). It’s the first soccer class I’ve ever received and I’m taking advantage of it.” But he also made various contributions, mainly when talking about the thinking of Mexican society: “It happens everywhere (unfounded illusions), not only with the Mexican. It is a problem of institutions and media management of hopes. The media have a responsibility not to make hopes more expensive and then cheapen them.”

In the end, all those involved gave their conclusions. José Ramón urged to bring coaches who can teach and have international experience. Alarcón said that he had used to separate the playing Hugo from the winning Hugo. Monsivais remained in his: “the worst mistake was inviting me.”