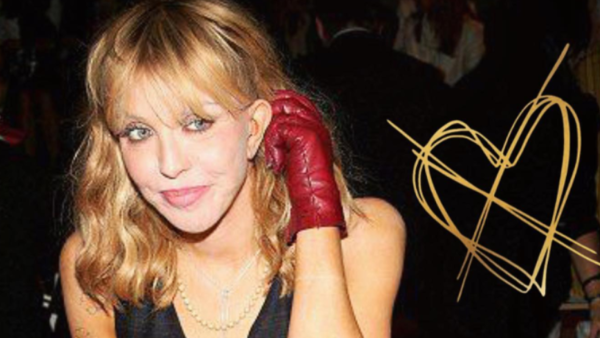 Johnny Depp saved my life and my daughter’s life

The case of the famous Hollywood duo Johnny Depp and Amber Heard continues, but this time with a positive tribute to the pair.

After 3 individuals testified, last Thursday, in the case of accusing the “Pirates of the Caribbean” star of beating his wife, the heroine of “Aquaman”, they are a former business agent, a former business manager, and an old friend for nearly 4 decades, stressing that he is “insanely jealous and an alcoholic.” American singer Courtney Love recalled beautiful situations that Depp recorded with her.

“Save my life and my daughter’s life”

Love revealed that the star saved her life one day after she overdosed on drugs in 1995, while she was at the West Hollywood club in California.

She also confirmed that he revived her until she woke up again, in a video clip she posted on Tik Tok.

She also explained that at that time she was suffering from the tragic loss of her husband, Kurt Cobain, who died by suicide in 1994 at the age of 27 after they had their only child, Frances.

with her daughter too

She pointed out that Deeb communicated with her daughter on several occasions, and in one of them he wrote a letter to her on the occasion of her thirteenth birthday, especially as she was suffering from the death of her father and her mother’s battle with addiction, explaining that this letter was from 4 pages, and that her daughter hid it even from her.

She indicated that she did not know the well-known star at the time.

She also continued that he sent her daughter a limousine to her school to take her with all her friends to a region in the Caribbean, and repeatedly gave her a special seat in the first shows and wrote her name on it.

In addition, she pointed out that her daughter always told her that Johnny Depp “saved her life.”

Although she confirmed her sympathy with Heard if she was right, she appealed to complete the investigations, achieve justice and ensure, while the star’s divorcee was seeking through her actions to achieve personal gains.

Depp, 58, is suing Heard, 36, in a $50 million defamation suit, saying she tarnished his reputation when she claimed she was a victim of domestic violence.

In return, Heard filed a counter-lawsuit asking for $100 million, saying Depp distorted her reputation by calling her a liar.

Johnny Depp claims that he never hit Amber Heard, and that he was the victim of abuse.

In contrast, Heard’s lawyers say Depp physically and sexually assaulted her, and that his denial of the mistreatment lacked credibility, as he frequently drank and took drugs to the point of losing consciousness.

It is reported that the two actors married in February 2015 and their divorce was finalized after about two years.