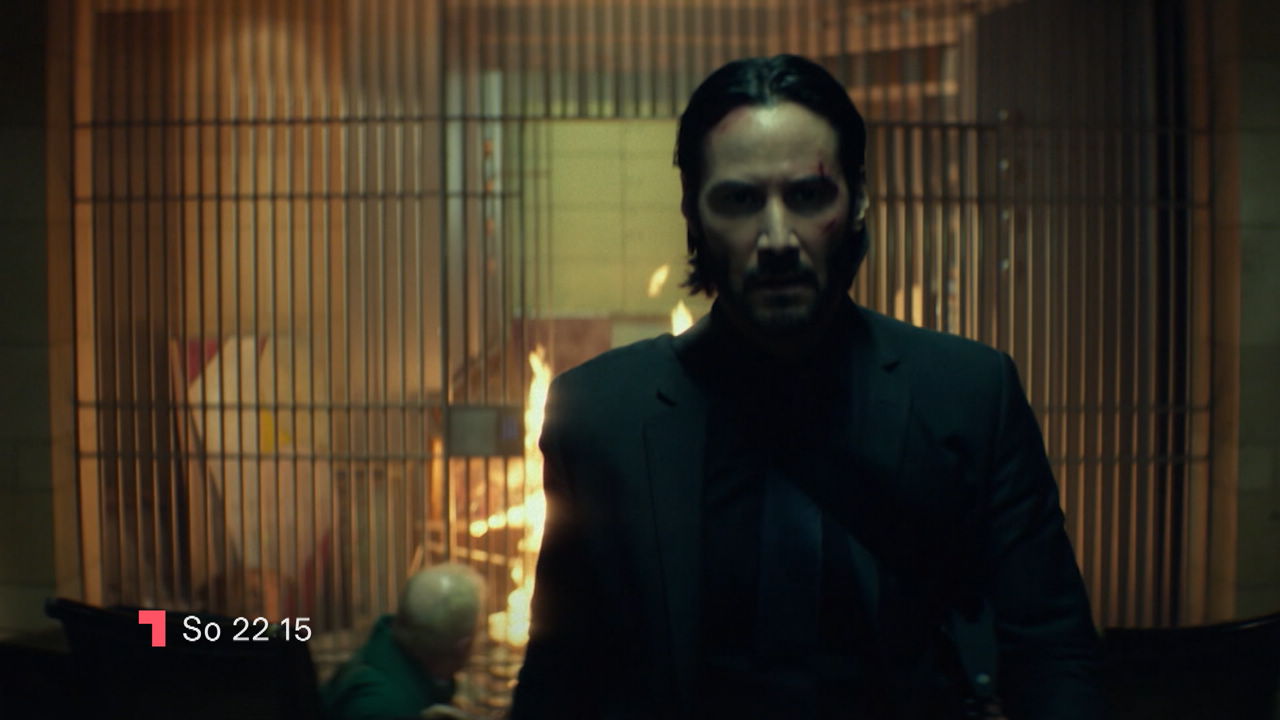 (John Wick – Action Movie, USA/CAN/CHN 2014)
Fast-paced, action-packed directorial debut from stunt pros and ‘Matrix’ doubles Chad Stahelski and David Leitch. As a widower, Keanu Reeves has nothing left to lose in his life of luxury after the death of his wife. His former clients already fear the revenge of the dangerous killer. Stunning prelude to the John Wick franchise.

Former hitman John Wick withdrew from the bloody business years ago. He has been in deep mourning since the death of his wife. Only a sweet puppy, the last gift from the love of his life, gives him comfort in his lonely life of luxury. When Iosef Tarasov and his gang attack him, steal the ’69 Mustang and kill the dog, John Wick starts a ruthless revenge campaign. Iosef’s father, the Russian mafia godfather Viggo Tarasov, fears the worst as Wick’s former client.