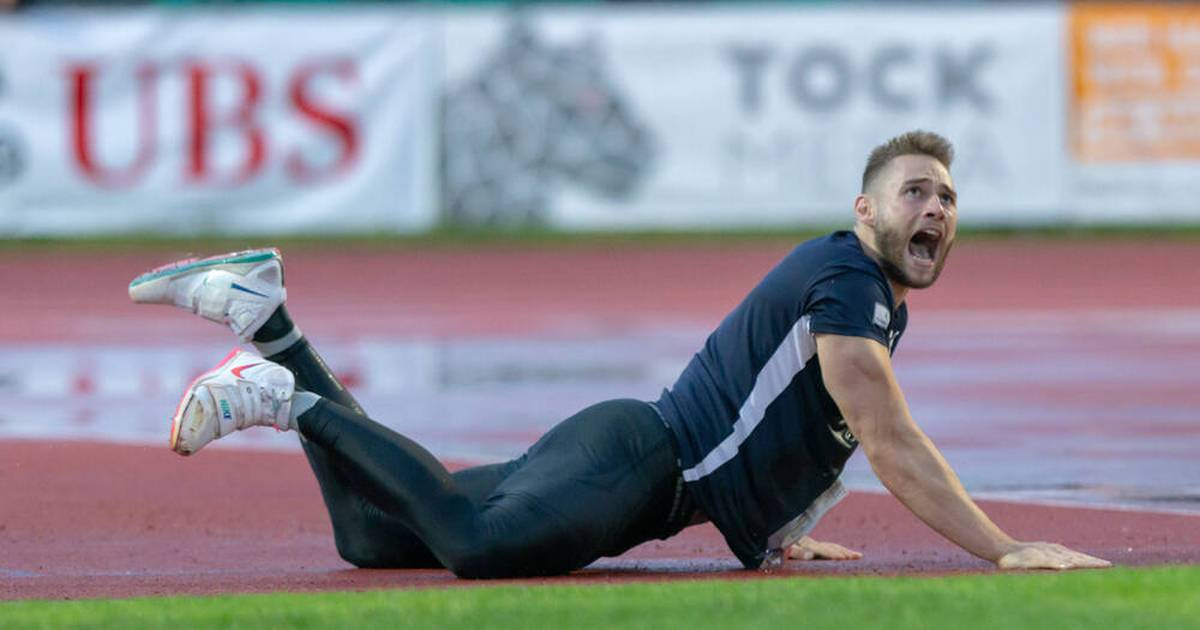 Even one day after what, in his opinion, was the “shitty” competition, Johannes Vetter had not left his anger completely behind him.

“I have to let it sink in first,” the German javelin star confessed in an interview on Wednesday SPORT1.

Vetter had celebrated his 18th win in a row, but the circumstances under which it had come about made the gold favorite for Tokyo really upset.

In particular, the smooth start at the Diamond League event in Gateshead, England, bothered him. “You have to imagine it like this: The track was redesigned for the last eight meters. But for a javelin throwing competition at our level, the ground was simply crappy,” explains Vetter and adds: “That is anything but professional for them Performances that are expected of us or that one would like to see. That’s why I threw the first five attempts eight meters from the throwing line. “

But even where the old covering was applied, it slipped several times. “You can imagine it like a car doing aquaplaning,” compares Vetter.

Nevertheless, it was enough for the 28-year-old to qualify for the final attempt, which was the only thing that counted for victory. There he exceeded the width of his remaining competitors with 85.25 meters.

Aborting the competition would not have occurred to him. “I’m too ambitious for that. In the last attempt I still managed to get the win by running over the even slippery part of the track and getting everything out of it.” (Everything you need to know about athletics)

Despite the anger, Vetter reflects: “I can classify the competition and the 85 meters well. If the conditions had been adequate, it would have gone very far. But of course that annoys you.”

Mainly because the organizers missed a chance. “You hold a huge event here and want to advertise athletics, but you can’t manage to create the framework conditions for it. That meets with complete misunderstanding,” emphasizes Vetter.

The German record holder not only commented on this in a TV interview and via social media, but also addressed the organizers directly.

“I made it clear to them that I wouldn’t be coming to Gateshead until the system was up. I was also upset about the long wait before the last attempt. That was added to the fact that we’re going to be broadcast on TV Waited almost a quarter of an hour between the fifth and sixth attempt. I clearly signaled that the Diamond League is not about the money for me, “explains Vetter.

Vetter draws a comparison to football

But the 2017 world champion also took the organizers a little under protection – especially since Gateshead as the venue was only a B solution anyway. He knows that it is difficult to reconcile the interests of all athletes from various athletics disciplines and to increase the attractiveness in the process.

“That doesn’t work because they are so dependent on the TV money,” Vetter emphasizes, but states: “But it works in football too. There the game is not canceled after 80 minutes and it is decided that afterwards that Golden Goal decides. “

The vision of the world association World Athletics is being implemented with the wrong means.

“In my opinion, every effort is made to make athletics more attractive. However, the traditions are completely dragged through the cocoa. The fans, the few who remain of athletics, encounter complete incomprehension and new fans that we want to gain cannot be explained by such a format, especially since the formats in the Diamond League have been changed several times in the past few years, “continues Vetter.

He also announced that he would think about things after the season and intensify the exchange with those responsible so that incidents like the one in Gateshead do not recur.

But before that, one goal is at the top of his agenda: Gold at the Olympic Games in Tokyo. (Everything you need to know about the Olympics)